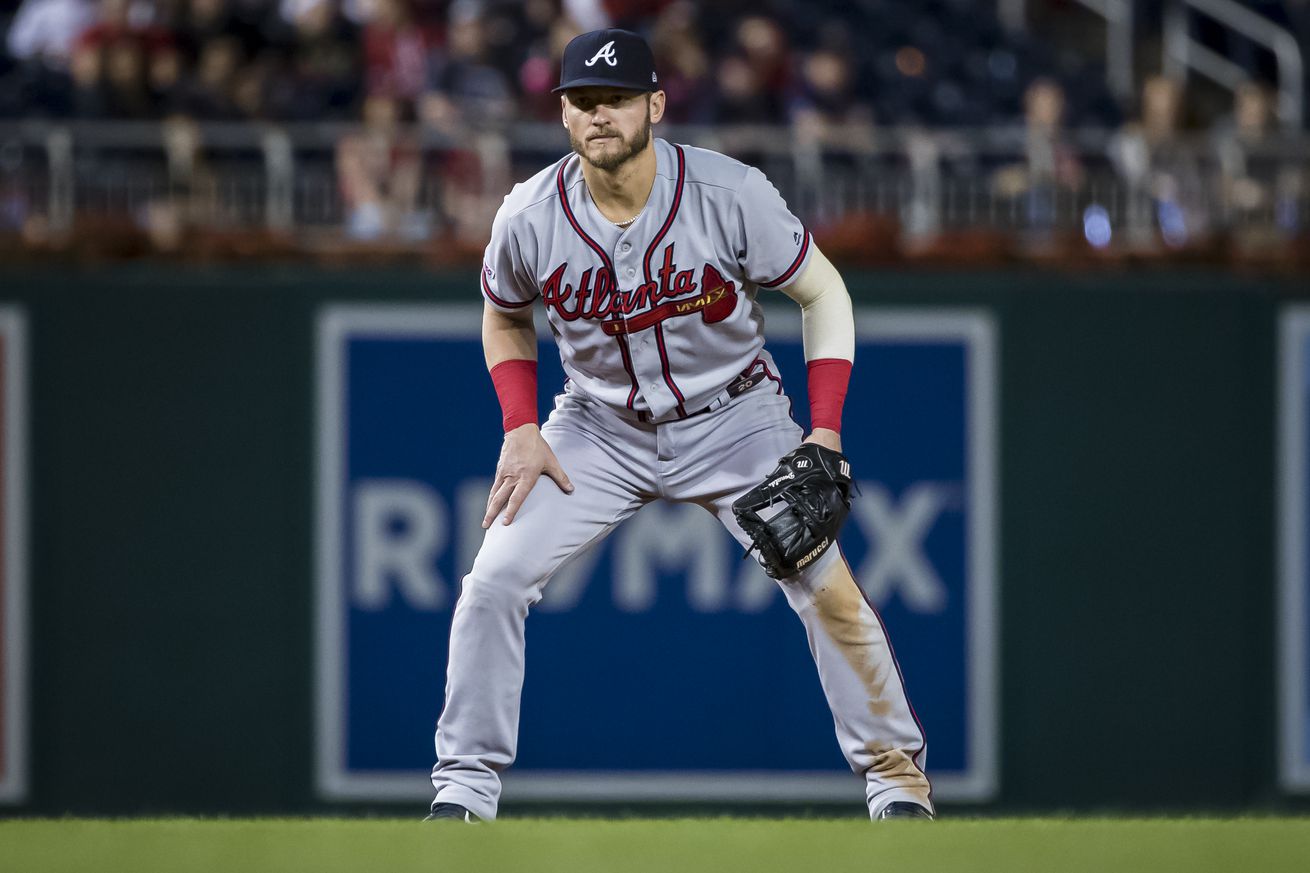 With Anthony Rendon looking less and less likely to return to the Washington Nationals, Josh Donaldson could end up being a big target…

MLB’s Winter Meetings are now underway in San Diego. After last year’s tepid level of activity around the league, this year, the Hot Stove seems to be heating up at the right time and the Washington Nationals are likely to be the subject of much speculation this week.

After all, two of the top three free agents currently on the open market are a pair of Washington’s homegrown talents in Anthony Rendon and Stephen Strasburg.

Many Nationals fans are hoping for a reunion with both in an effort to “bring the band back together” from the miraculous World Series run. However, that dream is starting to look less and less likely the longer the process drags on.

Managing principal owner, Mark Lerner, seemed to pour even more cold water on that idea as he told NBC Sports Washington that he thinks the Nats “really can only afford to have one of those two guys.”

We can, and have, debated the truthfulness of that statement. But if Lerner sticks to his guns, just as he did with a similar statement made about Bryce Harper, it might become reality.

Right now, it seems as though Strasburg continues to be the more likely to return out of the two players. A sentiment that MLB Network’s Jon Heyman shared once again on Sunday.

So, if we combine those two reports, it presents a completely realistic and perhaps fairly likely scenario that Rendon is snaring line drives at the hot corner elsewhere in 2020.

If that happens, the Nats may have already keyed in on a potential replacement: Josh Donaldson.

Jayson Stark of The Athletic reported that the Nats want a decision on Rendon “by the winter meetings or shortly thereafter.” And if they don’t get one by then or the decision is that he departs, Stark followed up by saying they “will turn to Donaldson & trade options.”

Bob Nightengale of USA Today also reported that Donaldson is being “heavily pursued” by the Nationals along with his former team, the Atlanta Braves.

The pursuit of Donaldson would make a lot of sense. The former Brave now represents the only other player, aside from Rendon, to contribute at least three fWAR at third base, or any other infield position for that matter, in free agency.

Meanwhile, the trade market seems to be pretty polarizing at the hot corner. You would either need to send a ton of prospects away for Nolan Arenado or Kris Bryant, or take on an ugly contract like Kyle Seager or Evan Longoria.

Neither of the above seems like a particularly great idea, which brings us back to Donaldson.

After a couple of injury-plagued years between Toronto and Cleveland, Donaldson returned to form in 2019. On a one-year prove-it deal, he certainly proved he still had something left with a productive .259/.379/.521 slash line to go with 37 home runs and 94 RBIs.

The underlying statistics suggest that this should be sustainable for the immediate future too.

In 2019, according to FanGraphs, Donaldson had the highest hard-hit percentage of his career at 47.5 percent. He was also in the top 10 among qualifiers in average exit velocity and top 20 in xwOBA, according to Statcast.

With that being said, Donaldson turned 34 on Sunday, so who knows how long he can continue to hit the ball as hard as he did last season. He’s no spry chicken anymore.

However, given the lack of quality third base and infield options that are easily available this offseason, as well as the fact that the Nationals are going to need to find an impact bat somewhere along the way, they may just have to take that chance with his age.

Because of his age and marginally worse production, Donaldson isn’t going to command the same price tag, nor the same number of years as his younger counterpart in Rendon.

Back at the start of free agency, MLBTradeRumors predicted that Donaldson would sign a three-year offer for $75 million this winter. Though it would only be a couple million more in annual average value than his one-year pact, it should be worth it for the two extra years.

If the Nationals were to sign Donaldson to that three-year deal, that would still leave them with plenty of room under the luxury tax threshold to bring back Strasburg and make a few more additions around the infield and in the bullpen to round out their 2020 roster.

It’s still not ideal because Rendon is obviously the better player right now, but if the Nats are intent on budgeting themselves out of his services, Donaldson might be the best compromise.

Just like last offseason, Mike Rizzo and the Nationals look like they have no intention of waiting around if Scott Boras plans on drawing things out with his prized free agents.

That determination, as well as the financial limitations the Lerners may put on payroll, could lead Josh Donaldson to switch NL East allegiances to the Nats in the coming days or weeks.