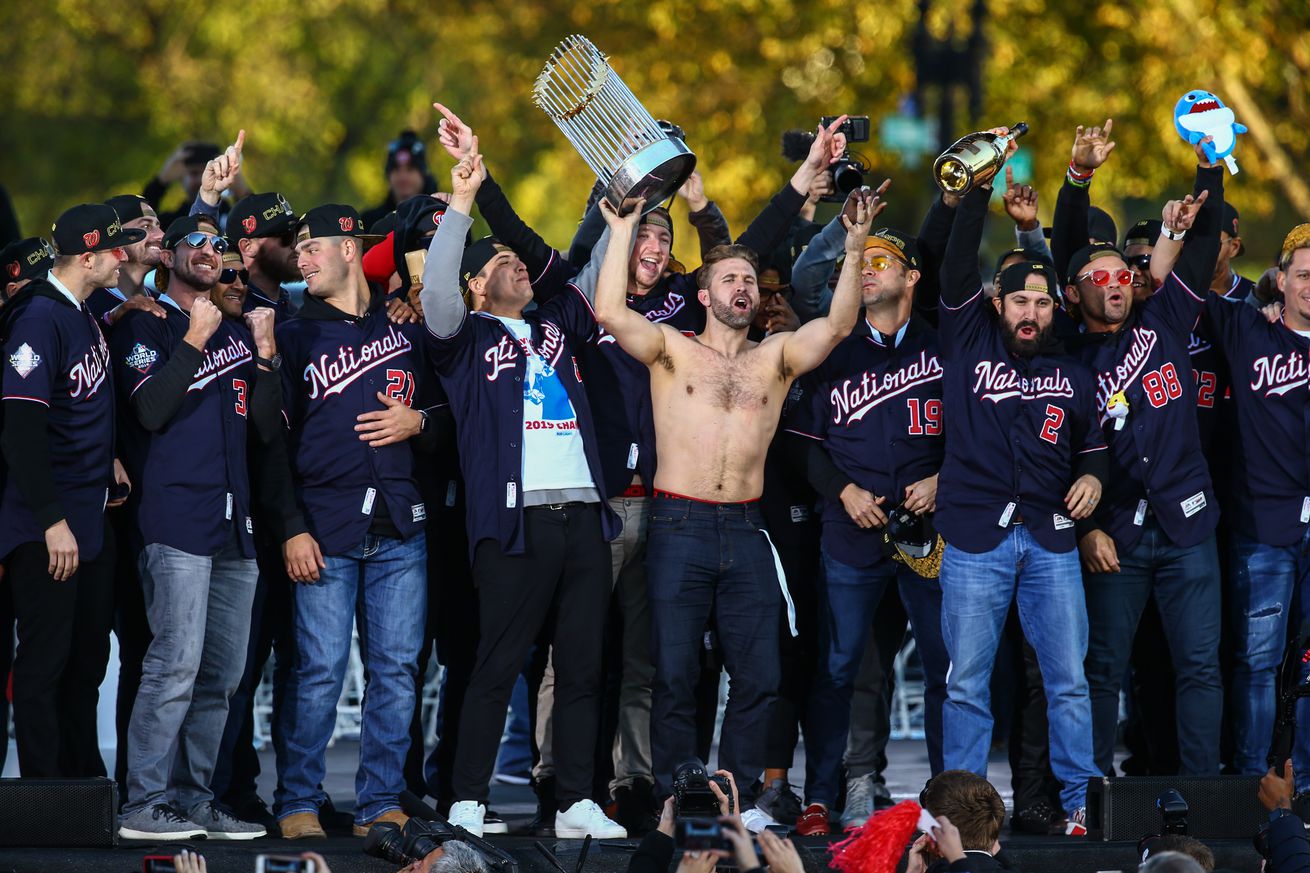 So, I think it’s safe to say none of us saw just how great this Washington Nationals season would go, but how did we fare with some of our other preseason predictions…

It still doesn’t quite feel like it’s only been 16 days since the Washington Nationals won the World Series.

The confetti has settled, the trophy has been lifted, Calma and Baby Shark have been played numerous times, so it’s finally time to reflect on the great season that has just concluded.

This includes looking back on some of the predictions that we made before a pitch was thrown.

On Opening Day, as has become customary among baseball writers these days, we released our preseason predictions. You can find the original post here from March 28th if you want to make sure that we didn’t change any of them below.

Even though a couple of the participants have now left Federal Baseball, let’s remind ourselves of who took part in our preseason predictions before we get underway…

Who will lead the team in home runs? How many?

Not a great start for Will, who went incredibly bold thinking Gomes was going to be a huge success. At least the other three of us guessed one of the joint-winners. Matt only missed by one, so we’ll give him the “win” on this question.

Who will lead the team in SBs? How many?

On a 162-game-pace, Turner would’ve stolen 47 bases and made us look a little better by getting close, but unfortunately, he missed 39 games between the start of April and mid-May leaving us all way off. Matt and Patrick get the win by default on this question.

How many saves will Sean Doolittle record?

It was a weird season for Sean Doolittle who was his 2018-dominant-self in the early going while the rest of the bullpen was in tatters. That overuse likely led to some struggles and an IL stint toward the end of the year, which brought his saves number down. Will got it on the nose!

Which non-Scherzer pitcher will lead the team in wins? How many?

Well, Scherzer was tied for third with Aníbal Sánchez at 11, despite the best ERA in the rotation at 2.92. I think that’s now known as “doing a Jacob deGrom.” Alas, Stephen Strasburg chalked up a remarkable 18 wins this year, so Matt takes this round.

When will Carter Kieboom make his MLB debut? If at all?

Though the Nationals were probably hoping that Carter Kieboom would’ve remained in the minors for most of the season, the wave of injuries they had in the early-going forced their hand. Matt was the only one who thought he’d be more than a September call-up.

Will Anthony Rendon sign an extension? If so, when and how much?

Winner: Will and Matt

Coming into the season, it looked like there was momentum on a potential Anthony Rendon extension, with a meeting occurring to discuss the subject in mid-April. But now, the third baseman will test the market and see what’s out there for him. Matt and Will win this one.

Just two years removed from having five All-Stars, the Nats only had two representatives this year in Scherzer and Rendon, though neither took part in the game. Will was closest with only Juan Soto incorrectly picked, though the youngster was a notable snub from the game.

Will any Nationals win any end of season awards? If so, who and what?

The Nats were close on a few awards with Scherzer and Rendon finalists for the Cy Young and MVP respectively. In the end, the only award was Silver Slugger for Rendon. I’m sure they’ll be able to console themselves with the Commissioner’s Trophy. Oh, and Will wins.

How many wins will the Nationals have?

As Mike Rizzo says every offseason, his goal is to try and build a team that will win 90 games. This year, they were able to exceed that in the regular season with 93, even though that was only enough for a Wild Card spot. Matt almost looks smart here as he was spot on!

What will the final NL East standings be? (Wildcard marked with a *)

In what looked to be a close-fought race coming into the year, the Braves ran away with the division, the Nationals were a comfortable second, and the Mets and Phillies were on the periphery. I decided I win this on the tiebreaker of having the Nats correct. I need points somehow.

How will the Nationals’ season end?

Winner: Everyone except Will

I think everyone knows how the Nationals’ season ended this year and we all missed on the eventual result. The Nats even managed to finally defeat Will’s pessimism. Woohoo!

One bold prediction not covered by the above questions…

There’s a reason they Patrick the “big” bucks as he absolutely nailed his bold prediction with Strasburg recording 33 starts for just the second time in his career. Matt also got his right as Soto popped up on a few MVP ballots while Harper didn’t. Nul points for Will and I.

All of the points have been counted and not ratified. Your 2019 Federal Baseball staff predictions winner is, Matt Weyrich! Matt scored 8 points, with Will coming in second scoring 4, Patrick collects bronze with 3 points, and, well, your boy only scored 2. Whoops.

Also, Jerome Armstrong deserves a shoutout as he (maybe or maybe not entirely seriously) predicted the Nats to win it all in the comments!

We’ll be back again with some predictions ahead of the 2020 season when the Nationals will aim to defend their World Series crown. We can’t wait to be 100% right again.