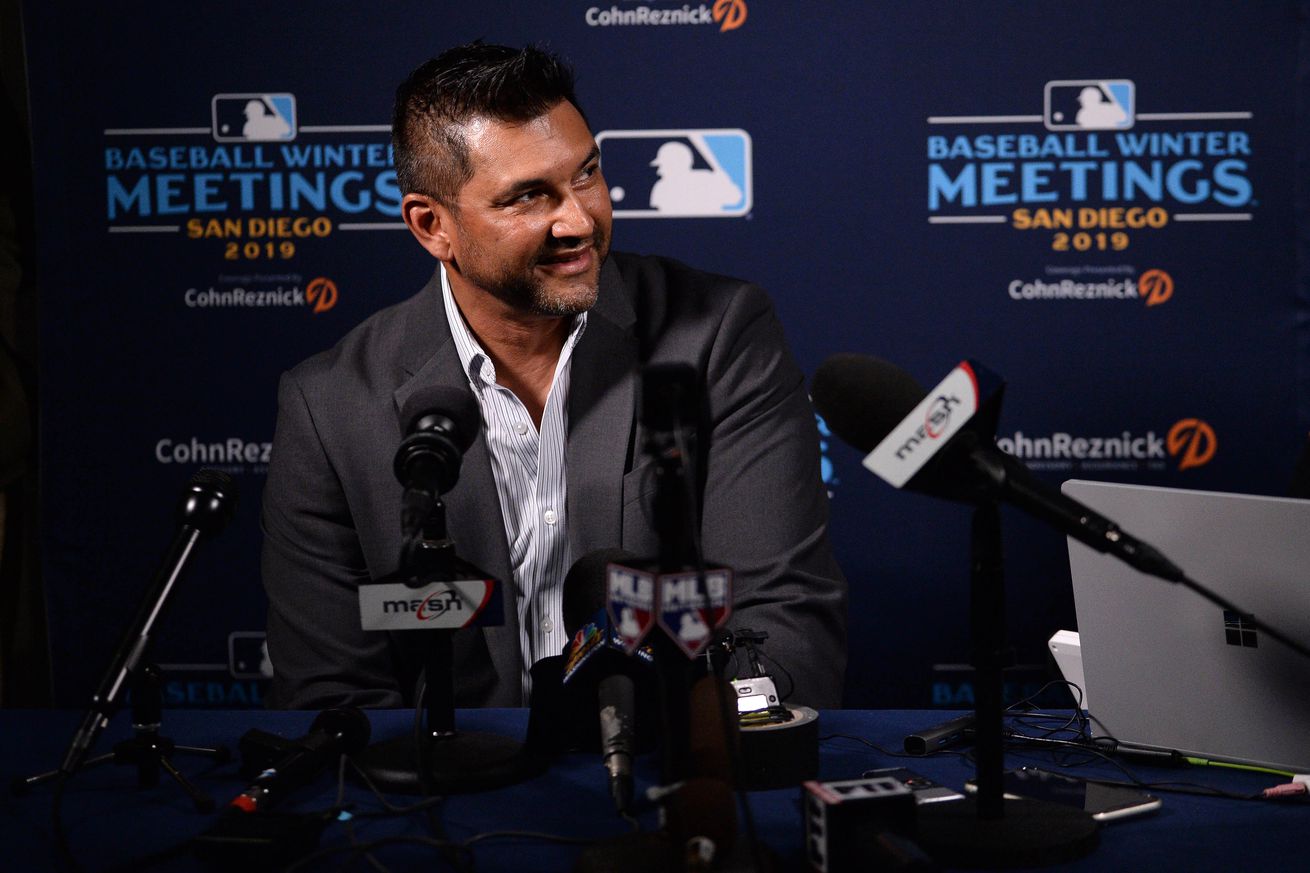 Davey Martinez is ready for the 2020 campaign after he and the Nationals won it all the past season.

Washington Nationals’ skipper Davey Martinez said on Monday afternoon, following the big announcement on Stephen Strasburg returning to the Nats on a 7-year/$245M deal, he did not allow himself to ever consider a future without the ‘09 No. 1 overall pick in the rotation in the nation’s capital.

“It wasn’t a question,” Martinez said. “I really felt that, if things go all right, that he’ll be back.

“I know he bought a house in D.C. For me, I felt like he wanted to stay or it’s just a matter of logistics.”

Once he learned that the Nationals’ World Series MVP would be returning to the only team he has ever known?

“For me, it was an early Christmas present,” Martinez told reporters at the Winter Meetings in San Diego, CA.

“I mean, you look at our pitching staff now, and we’re solid. We have four quality starters.

“Stras, the year he had and just the whole — just watching his whole career, to think that he’s going to end it here with the team he started with is awesome for him and his family.”

It’s also “awesome” for the Nats’ starting rotation, which has a top four that can run with any rotation in baseball with Max Scherzer, Strasburg, Patrick Corbin, and Aníbal Sánchez lined up for 2020.

Martinez said he thought Strasburg’s comfort level in D.C. and in the Nationals’ rotation led him to return after testing the free agent market.

“I think it played a huge part in it, I really do,” he said.

“He always talks about how the coaching staff has helped him in many, many ways.

“So for me, like I said, I couldn’t see him going somewhere else. I really couldn’t. I really felt like his heart was here.”

Having Strasburg back with Scherzer atop the Nats’ rotation has the manager excited about the possibilities of another run at a World Series title.

“What they did this season has been incredible,” Martinez said. “The big thing about Stras — one, they’re two different people, but they have so much appreciation for each other. They feed off each other. And they have this competition amongst themselves, Corbin included, Sanchez included.

“So to have them back, for me, like I said, it’s an early Christmas present.

“I know the boys, his teammates are excited that he’s back. I’ve already gotten a bunch of text messages, and they’re all happy.

And where do they go next? Obviously Anthony Rendon’s future in D.C. is up in the air as he fields offers in free agency after a big season in 2019, and seven solid seasons with the Nats leading up to this winter.

Martinez said he isn’t thinking about the possibility of the third baseman signing elsewhere until he hears that Rendon’s got a deal with a new club.

“Right now, the way I look at it,” Martinez told reporters when asked about potentially having to replace the production he got from Rendon, “I don’t try to think that Anthony’s gone until he’s gone and signs with another team.

“In the end, if that does happen, we’re going to look at other avenues and other things and try to fill that void, but it’s a tough one to fill.”

Is there a player in the organization that can step up given an opportunity if Rendon does end up elsewhere this offseason?

“I haven’t really thought about a lot of it yet,” Martinez said.

“What I know — and I said this all last year — the importance of having Anthony Rendon in our lineup, he was the guy that made our lineup go. He was the guy that was consistent all year long and has been his whole career. So it’s going to be a void that we need to figure out.”

While he’d love to have Rendon and other members of his team back in 2020, the manager said he understands how these things work.

“There’s always transition. It’s free agency. So guys can talk to 29 other teams. Do I want all our guys back? Absolutely. Is it going to happen? I don’t know. But these guys, they’ve got to think about their families, and things always change. So what I do know about our group of guys, our ownership, [GM Mike Rizzo], myself, we’re very competitive, and we’re going to put a team out there that can compete in 2020.”

“I like where we’re at, especially now getting Strasburg back,” he added at another point in the press conference.

“Obviously, Rendon is still out there. I love him. He means a lot to this organization and to this team. So hopefully, he’s the next piece.”