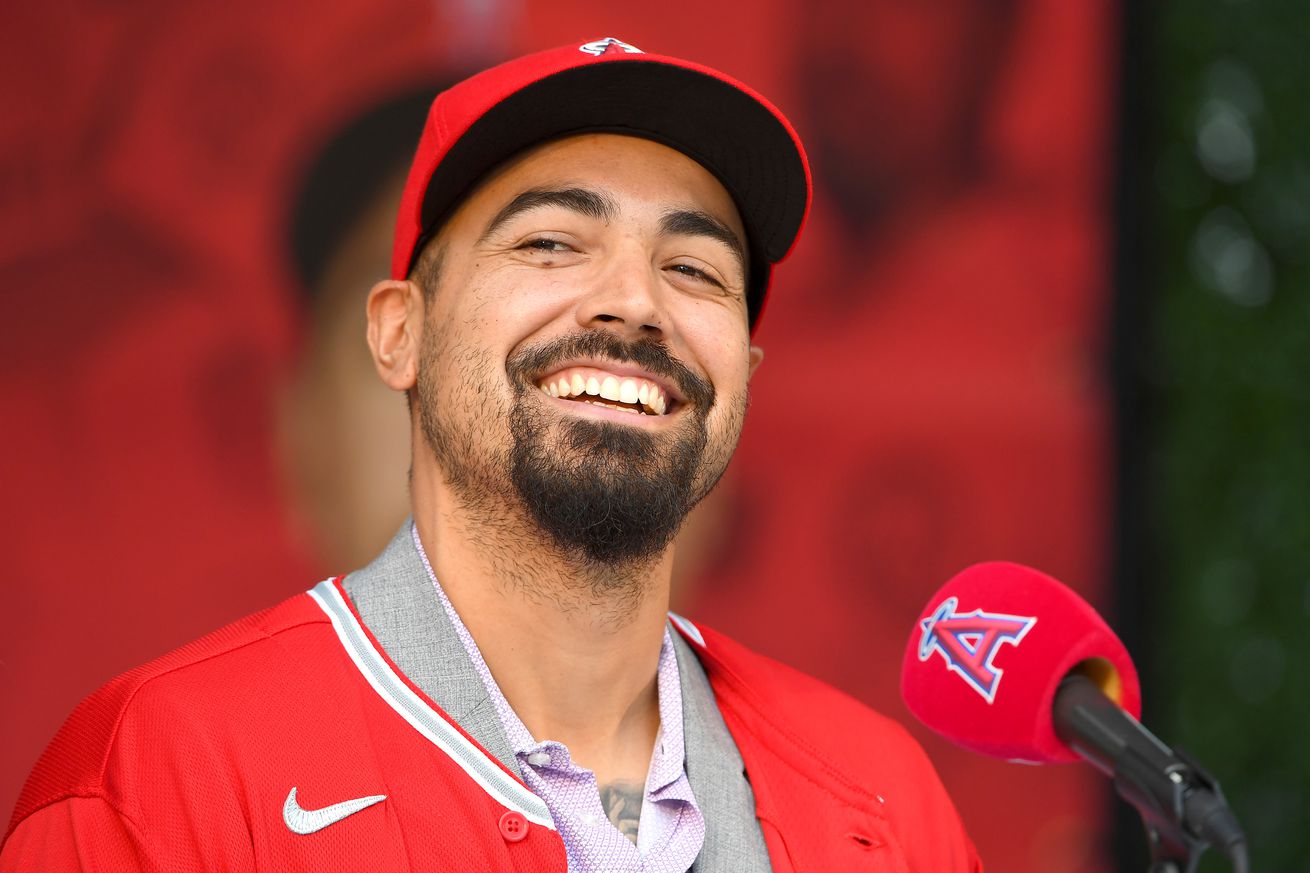 It’s time to officially say your goodbyes to Anthony Rendon, who signed a 7-year/$245M deal with the Angels this week.

“Stays inside the strike zone, as evidenced by his ability to get on base, makes contact, has power to all fields, and judging by the volume of text messages that I got from our pitching staff, his defense is pretty well-regarded.”

The last line got a laugh from the assembled crowd there to greet the seven-year veteran, who signed a 7-year/$245M deal with the Angels after seven seasons in Washington, D.C. for the 2011 1st Round pick.

He also put up a .328/.413/.590 line, seven doubles, and three home runs in 17 games on the way to the Nationals’ World Series win, with manager Davey Martinez saying all year, and again in the postseason, that Rendon was key to the Nats’ lineup.

“This is an infield and a lineup-altering moment for our team,” Eppler said of adding the third baseman to their roster.

“Those attributes are often at the core of championship-caliber players.”

Rendon was loose, calm, cool, and easy at the press conference on Saturday afternoon as well.

“They didn’t give me a warning that I was supposed to come up here and speak,” Rendon said when he was asked to share his thoughts after receiving his new cap and jersey.

“So I’m going to blame [agent] Scott [Boras] on that one,” Rendon said as he began his apparently impromptu speech.

Rendon said the Angels made his feel wanted, and it started at the top of the organization, with the owner playing a role when he finally made his decision where to sign.

“The fact that Arte and Carol [Moreno] were adamant about reaching out to Scott and saying that they really wanted me to be a part of the Angel organization,” Rendon said, really made a difference.

“That means so much to me and my family,” he continued, “… to have that respect, to feel wanted, to want someone to come be a part of your family. That was one important thing that we always talked about when trying to look for an organization where we wanted to head to or stay at, was a family atmosphere.

“Somewhere that we could implant our roots in, build a foundation, and just grow our family together.”

His agent said the fact that the team’s owner reached out personally made an impression on his client.

“Arte’s statement about coming to me personally,” Boras explained, “… and saying, ‘I want you to communicate to him that I view him as someone that is my choice, someone that I feel represents what an Angels player should be.’

“And I think when I told Anthony that, I think that it had a large impact on his decision-making.”

Getting to play alongside Mike Trout, who’s signed through 2030 (on a 12-year/$426M deal) probably didn’t hurt either. And Trout is apparently excited about the Angels’ big addition.

“Trout reached out to me once we had solidified the deal,” Rendon said. “I believe it was Wednesday and based on his exclamation points in his texts he seemed really excited.”

Meanwhile, back in Washington, D.C., the Nationals are focused on finding away to replace Rendon’s production and the void in their lineup.

They’ll hold their own press conference on Tuesday with Stephen Strasburg, who got a 7-year/$245M deal of his own this winter, after opting out of the final four years and $100M left on the extension he signed with the Nationals and testing free agency.