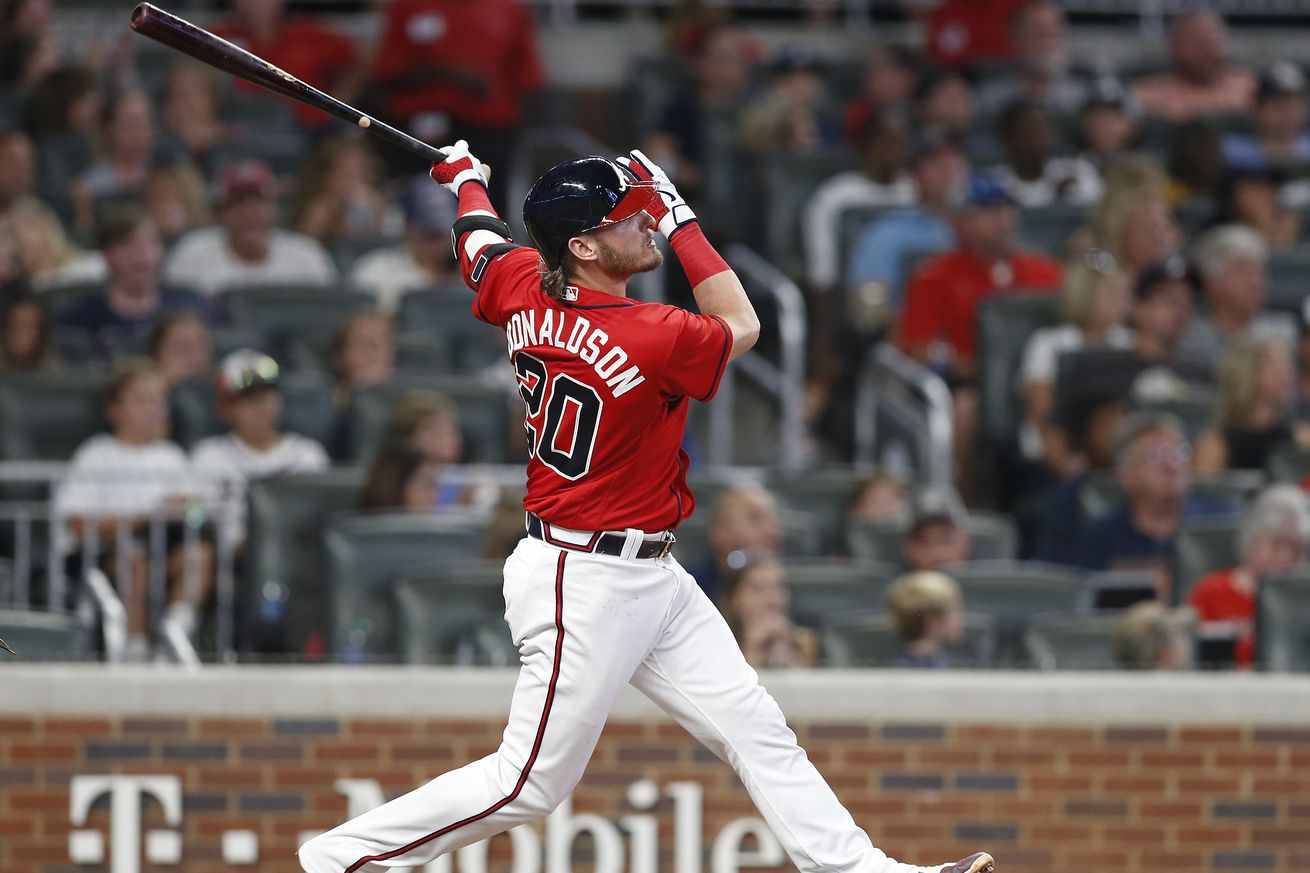 As the Anthony Rendon dust settles after his departure to Orange County, the Washington Nationals still have a lot left to turn their attention to before heading to West Palm Beach.

Yes, the bullpen still needs a lot of attention and yes, there are still a few depth roles that need filling. However, the most pressing concern is finding a way to replace the production of the man who grew into an MVP candidate at the hot corner in the nation’s capital.

The Rice product had been one of the first names on the lineup card when healthy at both second and third base. But for the first time since 2012, he won’t be featuring for the Nats.

“If [Rendon does leave], we’re going to look at other avenues and other things and try to fill that void,” manager Dave Martinez said at the Winter Meetings, “but it’s a tough one to fill.”

While Rendon’s defense can’t be ignored, the real hole he’s leaving behind is that of a potent middle-of-the-order bat. It’s a hole that the Nationals don’t have a ready-made replacement for.

“The importance of having Anthony Rendon in our lineup, he was the guy that made our lineup go,” Martinez explained. “He was the guy that was consistent all year long and has been his whole career. So it’s going to be a void that we need to figure out.”

After the duo of Trea Turner and Adam Eaton at the top of the order, things are still in flux for the Nationals. Maybe Juan Soto would hit third while Howie Kendrick could hit fourth on the days that he plays, and on days that he doesn’t, who knows…

Assuming he were to return, Ryan Zimmerman might be the next best clean-up hitter. That might’ve been a good place to be 10 years ago, maybe even 3 years ago, but not now.

The Nationals, as currently constructed, could arguably have an offense that will reside in the bottom-third in all of baseball while likely relying on young players like Victor Robles and Carter Kieboom to step up and play close to their potential almost immediately.

Right now, the Nats have only four hitters who are projected to have a wRC+ above 100 and only one projected to be above 120, according to FanGraphs’ Steamer projections. Both of those comfortably rank in the bottom half of the majors.

So, how will the team go about adding that bat? They already seem to have a plan in mind.

“We’re looking for an infielder,” GM Mike Rizzo said in San Diego. “We have the flexibility to be able to have that infielder be a third baseman or a second baseman, so we like that flexibility.

“But that’s one of those things that is on our wishlist, is to get ourselves a veteran infielder to go along with one of our younger players.”

It’s the obvious solution given how they’re already set in the outfield and behind the plate, while there are plenty of gaps remaining in the infield that still need filling before Spring Training.

As Rizzo mentions, they do have flexibility when filling that hole in the lineup. Kieboom, the team’s top prospect, has lightly dabbled with both second and third base in the minors, so could theoretically focus on one or the other depending on what happens this offseason.

The problem is that the free agent options are limited. After Eric Sogard recently agreed to re-sign with the Milwaukee Brewers, the only remaining free agent infielder who put up at least 2.0 bWAR last season is Josh Donaldson.

The link between the Nats and Donaldson has been prominent most of the offseason and he is the only free agent on the market who could realistically come close to filling Rendon’s void.

This means that he has all the leverage in negotiations. At the start of the offseason, it looked like Donaldson would receive a three-year deal of some kind, but now, according to The Athletic’s Ken Rosenthal, he has multiple four-year offers on the table.

Rosenthal also reported the Nationals are one of the two teams, along with the Minnesota Twins, who are believed to already be at that four-year level.

Although a fourth year isn’t ideal for a 34-year-old, given the corner that the Nats have backed themselves into, it might need to be done, if that’s what it takes to get a deal done.

There are some trade options available for the Nationals though, should Donaldson choose to go elsewhere. For example, the names of MVP-potential players like Kris Bryant and Nolan Arenado have been floated around and could be available for the right package.

The problem with those options is that they will cost a lot prospect wise — with the Chicago Cubs rumored to be asking for Victor Robles in a Bryant deal, which is a non-starter — and cost a lot in salary.

For example, Arenado is on a similar contract to Rendon. So if the Nats are willing to take on his contract, then it would’ve made more sense to go harder after Rendon, assuming he had at least some desire to return, rather than give up a haul of prospects for Arenado.

After those two big names, the trade market gets fairly murky in terms of availability.

You could either get a decent player with albatross contracts like Evan Longoria or Kyle Seager, or a young stud player that likely has an exorbitant prospect-cost due to the team-friendly years of control such as Hunter Dozier, José Ramírez, Whit Merrifield, or Matt Chapman.

So, while there are plenty of options out there to bolster the infield, there are roadblocks that the Nationals are going to have to overcome while piecing together their lineup.

It also remains to be seen whether the Nats could get a deal done in the near-future.

“We might not necessarily complete another deal in the next day or so, but we feel that we’re in position to improve our roster in a rather quick manner after the Meetings.”

Last offseason, as the Nats got their business done quickly, they were able to spread the money around to great effect after the departure of Bryce Harper to the Philadelphia Phillies.

However, there’s only so long you can divide and conquer. At some point, you’re going to need to invest in star players who are going to be difference-makers with the bat.

Adding an impact bat not only lengthens a currently weak lineup with a player who can hit third or fourth, but it also provides protection for the other hitters in the order.

With an aging rotation that has been the foundation of the Nationals’ success since the team began competing in 2012, there’s no guarantee that the team’s window will be open all that much longer, meaning they shouldn’t waste the 2020 season with a lineup in limbo.

Though none of the names mentioned will completely fill the hole that Anthony Rendon has undoubtedly left behind, they will at least be close enough that, with some strengthening in other areas, it will give the Nationals a chance to defend their World Series crown.