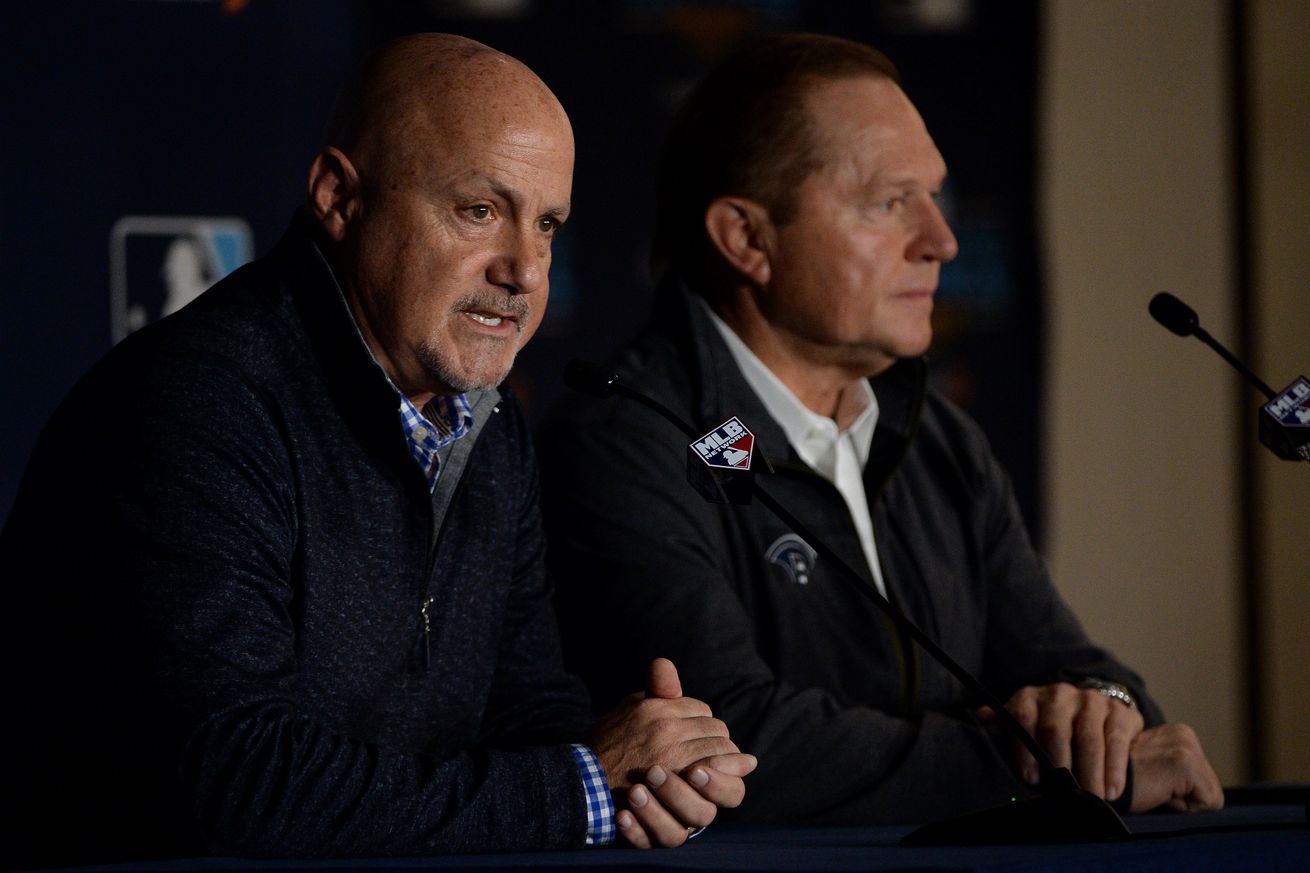 Stephen Strasburg opted of the final four years and $100M of his extension with the Nationals and agreed on a new 7-year/$245M contract after testing the free agent market.

In a press release this afternoon, officially announcing the Washington Nationals’ reported 7-year/$245M contract with starter Stephen Strasburg, Nats’ GM Mike Rizzo and Managing Principal Owner Mark Lerner both said they were happy the 2009 No. 1 overall pick would remain with the only organization he’s ever known.

“We are very excited to welcome Stephen Strasburg and his family back to the Washington Nationals,” Mr. Lerner said.

“His tremendous talent, work ethic and leadership have been a staple of our organization since the day we selected him in the 2009 MLB Draft.

We would not have won the 2019 World Series or accomplished everything we have these last 10 seasons if not for Stephen’s many contributions.”

“Stephen Strasburg is one of the premier pitching talents of this generation,” Rizzo added.

“His body of work this season and throughout his career proves that and the way he performed this Postseason was nothing short of brilliant. We are looking forward to having Stephen as a part of our team for many years to come.”

The decision to return to D.C., Strasburg’s agent Scott Boras said in a press conference at the Winter Meetings this afternoon, had a lot to do with the long history between the Nats and their pitcher, including the decision to shut the starter down late in 2012 in his first full year back following Tommy John surgery, in spite of the fact that they were on their way to their first postseason appearance that Fall.

“It’s very rare that a legacy for a team and the legacy for a player can in our game continue as this one has,” Boras said.

“I think there always has to be a trust factor that exists between an organization and a player.

“I think the Washington Nationals and Stephen Strasburg built a trust based upon an early position by [owner] Ted Lerner and the Washington organization and Mike Rizzo about the protection of a player. We came to them with doctor’s information about protecting a player that caused great concern about the team’s performance that year, but the club took a long-term interest in that player. I think that Stephen Strasburg has rewarded the Nationals with a championship, his performance, the World Series MVP, because of the position that this organization took to take the medical advice and protect the player long-term even though the immediate effect caused a great deal of animus among the club and the fans.”

“I must say that for Stephen,” Boras added, “… for him to establish a legacy and wear the curly-W for his career was something that was very important to him, and I think it was because he knew that people in this organization cared deeply about him and always cared about his interests and interests of his family, and because of that he decided to stay at home and stay in one uniform and remain a Washington National for the remainder of his career.”

“I think it couldn’t be more important,” Rizzo said of the relationship between the team and their pitcher. “I often say that these type of deals, with these type of numbers and these type of years, that you’re allocating towards one person, is really about the person more so than about the player.

In announcing the 7-year/$175M extension in 2016, Boras talked openly about how big the opt-outs included in that deal were for Strasburg, who had an opportunity to test the free agent market after the 2019 and 2020 campaigns. Boras was asked today if the way things worked out was exactly what he envisioned when he and his client asked for the opt-outs.

“I think we all knew that Stephen had the capacity to an elite performer, both because of his mental skills and physical skills,” Boras explained.

“And we also knew at the time he signed previously that he had not had enough experience in the major leagues to develop the secondary pitches — his breaking ball, his changeup — to the level he has today.

“I think all of us expected him to be a superstar, so for that reason, that contract worked out great. That time frame, that three years positioned him.

“So he really, the contract gave the foundation — and I think [Rizzo] and I agreed when we did it — that that period of time was needed for both of us to properly evaluate Stephen on optimally what he could be. I think it worked out great for both.”

Though he wasn’t a free agent for long, Strasburg’s agent said the chance to gauge what the market thought of him before returning to D.C. was important.

“I think every player wants to hear from the exterior about who they are, what they mean,” he said, “and really understand other organizations, and it’s really good for players to do that. I think the one thing about the ownership here is that they gave Rizzo direction to move forward and move forward quickly, and they did so knowing who Stephen was, and Stephen appreciated that, took that direction, and acted upon it.

“And really, certainly, I think some players would maybe want to listen more, do more, but I think in Stephen’s case and in the Nationals’ case, they have this bridge of trust and understanding that was based from long ago, and they reached a point of fairness.

“Stephen also made sure that he wanted to do something in this contract that allowed the team to sign the best players and to have the best teams, and he did that. So the mutuality, the intentions were there, so that allowed us to reach a deal rather quickly.”

The thing he did to allow the Nationals to sign other players and build the best team was to defer a significant amount of the $245M he’ll get overall, as much as $80M is deferred, and will be paid out in the three years after the contract ends.

The Athletic’s Ken Rosenthal had information on how the deal was broken down on Twitter:

Strasburg deal with #Nationals: $35M per season from 2020 to ‘26, including $11.428,571.43 each year deferred with 1 percent simple interest ($80M total deferred). Per @Joelsherman1, deferrals will be paid in first three years after contract expires.

Rizzo, who oversaw the selection of Strasburg with the first pick in 2009, and the handled the development (including the pitcher’s return from Tommy John surgery) and growth in his career, talked at the end of today’s press conference about what he’s seen from his All-Star starter in terms of the pitcher’s development into a World Series MVP.

“You’re talking about a pitcher who’s revamped his diet, his workout regimen, his throwing program, his mechanics, his repertoire, his total being in the clubhouse and on the field.

“I’ve said this for years that, when he’s on the mound, he’s one of the top three or four pitchers in all of baseball. He always has been. And the secret was to keep him on the mound as often as possible. I think he’s done a great job with that. I think that our medical professionals in our clubhouse have really helped that with our training staff and our medical staff. I really think that our pitching coaches and our pitching coordinators have really helped with mechanical tweaks and fixes, and Stephen himself has really educated himself on how to stay healthy and be the best Stephen Strasburg he can be.”