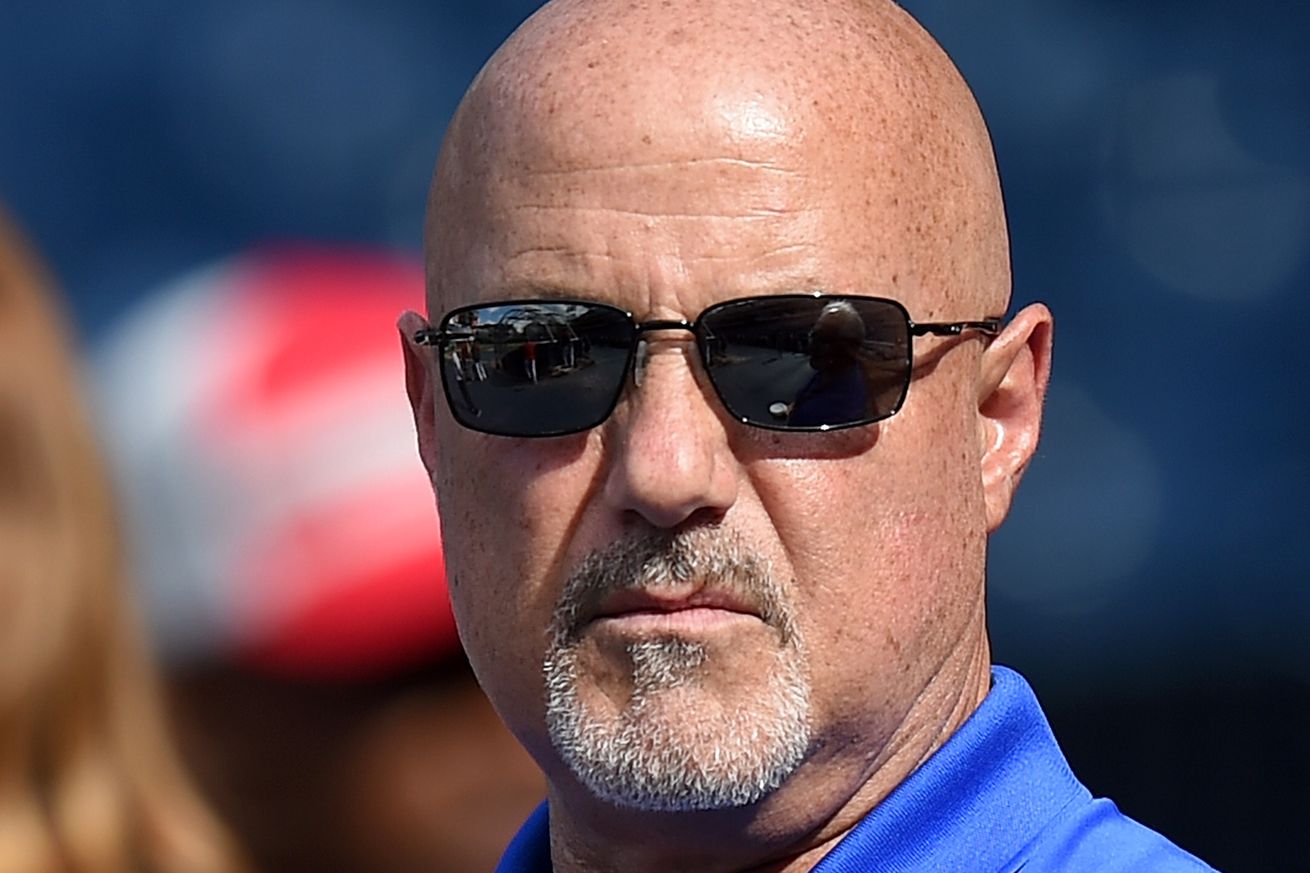 Mike Rizzo was recognized by Baseball America as their Executive of the Year after the Nationals won it all in the 2019 campaign.

“Mike [Rizzo is] a baseball guy. He always has been,” Ryan Zimmerman told reporters toward the end of his 15th season in Washington, D.C. this past October.

“He leans on his scouts, on his guys that go watch games,” Zimmerman continued.

“He’s evolved just like everyone else has with the analytics and all the data that’s available.

“That information is useful. I don’t think you have to be one way or the other. I think you can kind of blend it together. And I think he does a really good job of that.”

“But he’s huge on chemistry and clubhouse stuff,” Zimmerman said, “not bringing in bad teammates, not bringing in bad guys. Before he makes really any sorts of moves he’ll will reach out to us and ask if we’ve heard anything about this player or that player. So he’s big on that kind of stuff.

“I think we’ve always had good groups of guys here. And obviously talented, as well, but when you get that blend of talent and guys who are in it for the right things, you get special groups.”

Rizzo and Co. in the Nats’ front office put together a special group of players for the 2019 campaign who were able to battle through early-season injuries and a 19-31 start to make the postseason, just the ninth team in MLB history to do so after falling 12 games under .500 during the same season, before they won five elimination games on the way to the first World Series championship for a D.C.-based team since 1924.

In recognition of Rizzo’s efforts in the 2019 campaign (which included staying under the luxury tax threshold after two seasons of going over it), the Nationals’ GM was named as Baseball America’s Executive of the Year this afternoon.

“Manager Dave Martinez’s second Nationals team showed the same tenacity and commitment that the Chicago native Rizzo is known for, rebounding from a 19-31 start to win the first World Series in franchise history,” BA’s Lacy Lusk noted in the write-up on the recognition.

Rizzo, as always, told Baseball America it was an organizational effort.

“It really does take a village,” Rizzo said. “So many intertwining people have to be on the same page. Our drills and philosophies are the same from the major leagues down to the Dominican Summer League. Up and down the system, everyone knows what to expect. So whether you’re a 19-year-old phenom or a 25-year-old who went step by step through the minors, you can make a smooth transition.”

The mix of old-school scouting and analytics has helped them remain competitive with four division titles since 2012, and this year they finally advanced past the NLDS then went on to win the Championship Series and the Fall Classic.

“We think we have a great marriage of information and evaluation,” Rizzo said. “The triangle we try to put in place all the time is scouting, player development and analytics, with all of them being equal. We’re kind of on the down-low with analytics, but we’ve built ourselves an eight-person analytical department from zero.”

It worked out in the end this year, and Rizzo, who’s heading into the second year of the two-year extension he signed with the Nationals in April of 2018, will try to do it again in 2020.

The @Nationals, led by Mike Rizzo, found the perfect blend of information and evaluation en route to a 2019 World Series title.

For that reason, Rizzo, the team’s architect, is our 2019 MLB Executive of the Year. https://t.co/Q0rnUnp5tu pic.twitter.com/D6LyXuq5Ul