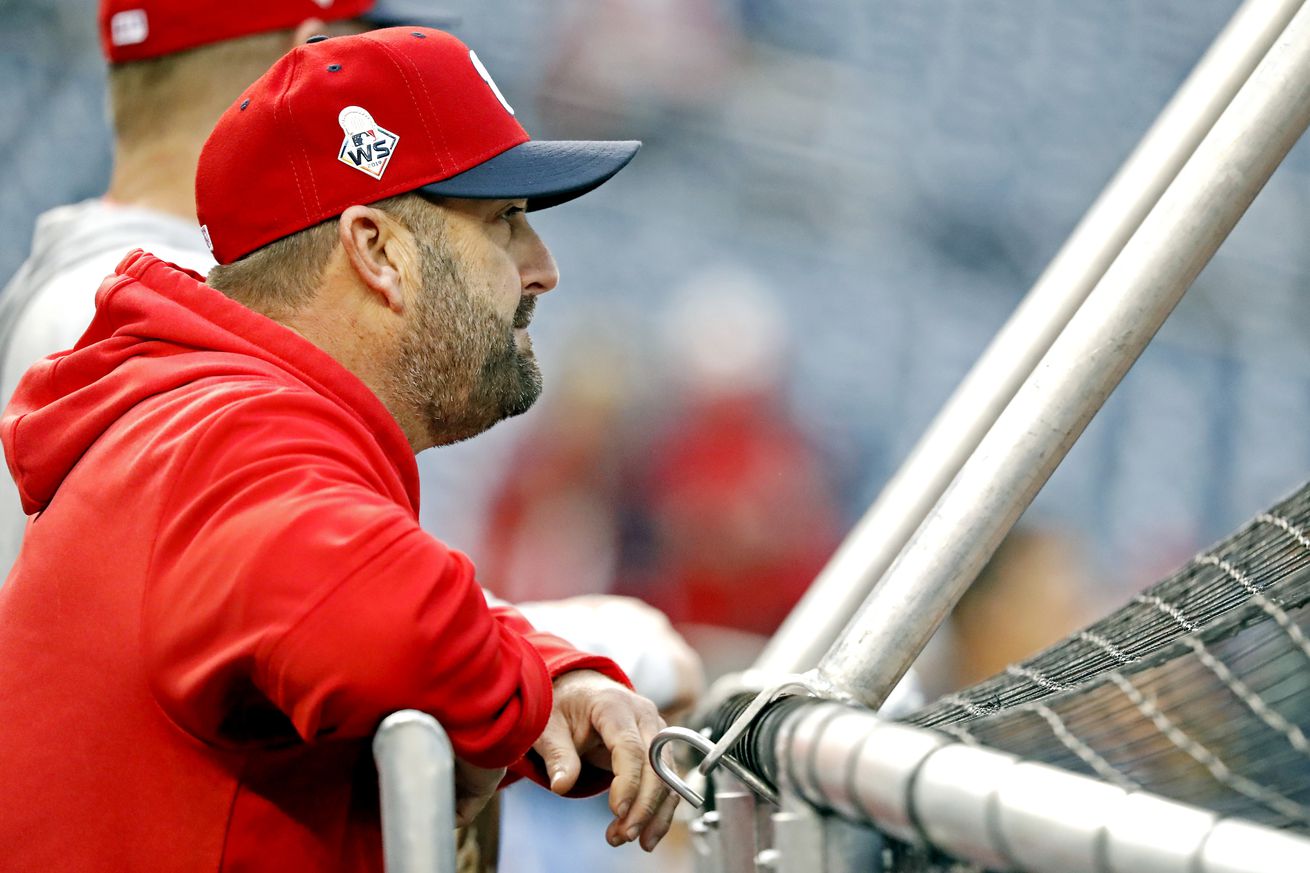 We dug back into the pre-Thanksgiving interview Kevin Long did with 660 WFAN in NY’s Sweeny Murti for some comments Long made about hitters and analytics.

During his wide-ranging discussion with 660 WFAN in New York’s Sweeny Murti last week, second-year Nationals’ hitting coach Kevin Long talked at length about launch angle (why his role in the so-called “launch angle revolution” has always been overblown), his respect for 21-year-old Juan Soto, and the influence of analytics on his work as he tries to prepare Washington’s hitters for the pitchers they’re going to be facing each series.

One interesting tidbit: Long explained that early last season the Nationals dispensed with the usual advance meetings on opposing pitchers because they thought that hitters were getting overwhelmed by the information.

“Our guys were getting overloaded,” Long explained. “They were thinking too much, and it takes away from your talent. It takes away from the job at hand. You start worrying about, ‘What did he say this pitcher was going to do with two strikes?’ ‘What was this guy going to do?’ ‘Oh, yeah, I forgot,’ and you start worrying about ten different things, when you should be worried about competing. And that’s we’ve kind of taken out of the game, is the ability for the athlete to compete, and I feel like that’s what we did a really good job of with the Nats, is we made it more about competing, we made it more about grinding, we made it more about, ‘We’re better than you, and we’re going to find a way and figure out a way to beat your butt every day,’ and we did.”

But that doesn’t they eschewed analytics all together, Long explained, though he did say that he does make some decisions based on what his hitters can handle, and what is best for each player individually.

“I love having it at my disposal,” Long said of all the data that’s available to both coaches and hitters these days.

Guess which hitter on the 2019 roster didn’t want a lot?

If you guessed Anthony Rendon, you were watching the last seven seasons of Nationals baseball.

“Anthony Rendon is as simple as they get,” Long said. “Not only with his swing, but with the information that he wants. In a lot of ways he’s like Derek Jeter. He wants very basic stuff.

Rendon is now a free agent, of course, so the two might not working together in the future.

Another player the hitting coach discussed, who is likely going to be in D.C. for some time to come, wants it all in terms of information. So much so that Long said he actually holds back some.

“Trea Turner is very cerebral,” Long explained. “He wants to know a whole lot. I hold back from him quite a bit, because I feel like he can overdo it at times.

“But again, there’s some valuable information that I can give to certain hitters that can really help them on an every day basis.”

“Very on top of everything, and very studious,” Martinez added. “Gives players, hitters all the information they need. But yet he makes it fun for the boys. They get together in the cage and he’s got all these little things that he does with them to kind of keep them loose and make it fun for them.

“He pays attention to detail and he treats each hitter individually. A lot of times you get caught up on just trying to teach one specific thing.

“But every hitter is different. And he understands that and he gets the most out of each hitter.”

Long will be back on the bench with Martinez in 2020, for a third season together in the nation’s capital.

Check out the full interview with Kevin Long and 660 WFAN’s Sweeny Murti here: