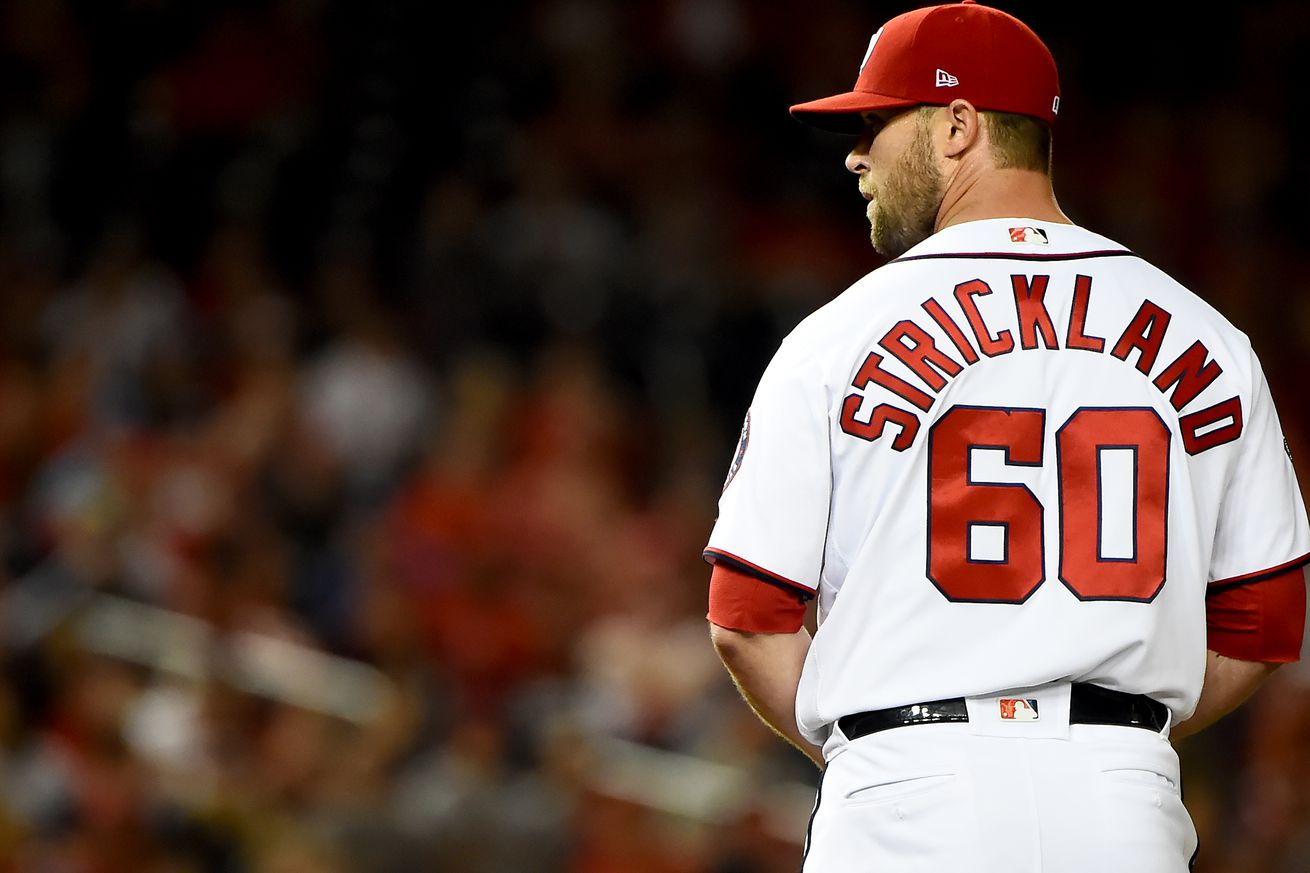 We’ll update this story accordingly throughout the day, but as of now the Nationals have reported that they have 1-year deals with two of their arbitration-eligible players.

UPDATE 10:00 PM EDT: Some time after tonight’s 8:00 PM deadline to tender contracts to arbitration-eligible players, the Washington Nationals announced the following on Twitter:

The Nationals have tendered contracts to LHP Roenis Elias, SS Trea Turner, RHP Joe Ross and OF Michael A. Taylor.

Glover, of course, announced his retirement before the official announcement. Guerra now becomes a free agent, though, you kind of imagine he’s going to somehow end up back in Washington, right?

Wilmer Difo and the Washington Nationals reportedly agreed on a 1-year/$1M deal for 2020 last night, after the veteran infielder earned $581,100 in 2019, in a season which he spent at Triple-A Fresno for the most part.

The Difo deal left the Nationals with seven arbitration-eligible players they needed to make decisions on before tonight’s 8:00 PM deadline to tender contracts to arb-eligible players (those who have more than three and fewer than six years of service time in the majors) for the 2020 season.

Non-tendering any of the players would immediately make them free agents.

Before tonight’s deadline, the Nats, after the Difo deal, had to make decisions on whether or not to tender 2020 contracts to relievers Hunter Strickland Javy Guerra, Roenis Elías, and Koda Glover, starter Joe Ross, infielder Trea Turner, and outfielder, Michael A. Taylor.

Strickland, 31, was acquired from the Seattle Mariners at the trade deadline in July, shortly after he returned from an injury, and the veteran right-hander put up a 5.14 ERA, a 6.31 FIP, eight walks, and 15 Ks in 24 games and 21 innings pitched with Washington. He was left off the Nationals’ postseason roster in the NLCS and World Series.

Strickland signed a 1-year/$1.3M deal with the Mariners last winter, and he was projected to get a raise to $1.9M in 2020 by MLBTraderumors.com.

According to a press release from the Nationals this afternoon, Strickland has signed a one-year deal as well, avoiding arbitration, though the terms were not immediately available.

Guerra signed a 1-year/$800K deal with the Toronto Blue Jays last winter, and MLBTR’s 2020 projections have him getting around $1.3M for the upcoming season.

Elías, 31, was acquired from the Mariners along with Strickland, but made four appearances overall for the Nationals after injuring his hamstring running out a ground ball after his first trip to the mound for the Nats, before re-injuring the leg once he returned to the bullpen in the final month of the regular season.

Elías avoided arbitration with the Mariners last winter when he agreed to a 1-year/$910K deal and MLBTR’s projection has him getting $1.9M in arbitration this winter.

Glover, 26, was injured this past season, experiencing tightness in his right elbow in Spring Training, and he didn’t end up pitching in competitive action at all in 2019.

Ross, 26, put up a 5.48 ERA, a 4.59 FIP, 33 walks, and 57 Ks in 27 games (nine starts) and a total of 64 IP for the Nationals this past season, starting off in the bullpen before finishing the season with an emergency start in the World Series when Max Scherzer couldn’t take the mound in Game 5.

Ross avoided arbitration last winter when he agreed on a 1-year/$1M deal with the Nationals and MLBTR projected a raise to around $1.4M for the five-year veteran in 2020.

Turner signed a 1-year/$3.725M deal with the Nats last winter, avoiding arbitration, and their shortstop was projected by MLBTR to get a raise to $7.5M for his second arbitration-eligible campaign.

Taylor, 28, was the odd man out in the outfield in 2019, playing in just 53 games in the big leagues, over which he had a .250/.305/.364 line, seven doubles, and one home run, but the veteran outfielder ended up going 7 for 21 with two homers over eight games (five of them starts) for the Nationals in the postseason.

Will the Nationals non-tender any of the six remaining players they have to make decisions on before tonight’s deadline? We’ll update with any info on the remaining arbitration-eligible players on the roster when/if that information is available…