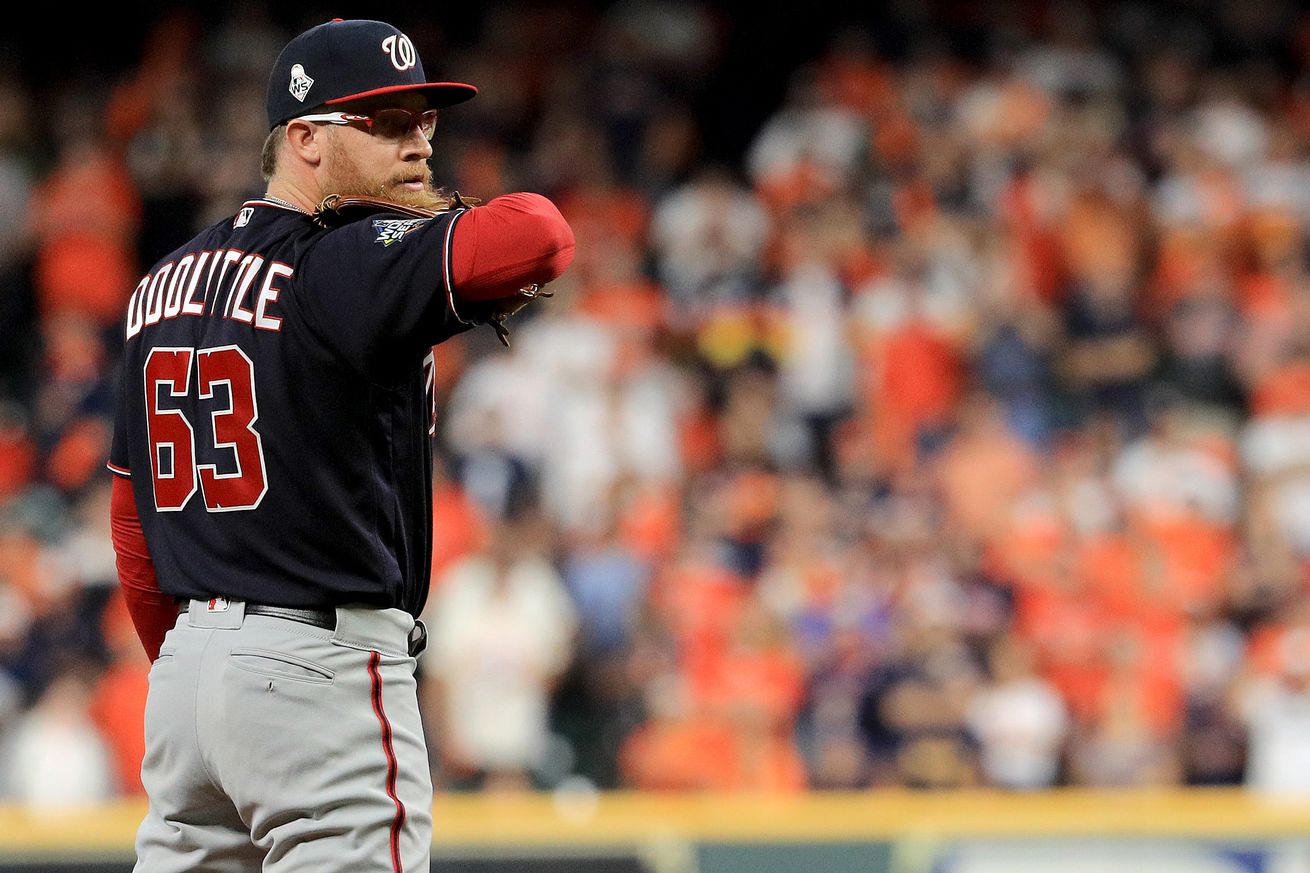 GM Mike Rizzo and Co. in the Nationals’ front office have to rebuild the bullpen again after it was an issue throughout the 2019 campaign.

“Bullpens are built each and every year,” Washington Nationals’ GM Mike Rizzo told 106.7 the FAN in D.C.’s Grant Paulsen and Danny Rouhier in 2015, before embarking on another rebuild of the relief corps that winter.

After a rough season for the relievers the Nationals threw out there in 2019, Rizzo and Co. in the front office in the nation’s capital are tasked with once again assembling a group of relievers that is capable of getting through the late innings with leads intact or alternately trying to keep the games close enough that the offense can battle their way back into it.

“We need to upgrade our bullpen,” Rizzo told 106.7 the FAN in D.C.’s Sports Junkies early this past July 31st, just hours before the trade deadline.

Before the deadline passed that afternoon, the Nationals had added right-handers Hunter Strickland and Daniel Hudson and left-hander Roenis Elías to the mix in D.C.

“We recognized the need that we had on this team and we went out and attacked it, and we think we’ve improved ourselves because of it,” the GM said once the deadline had passed.

“These aren’t the sexiest names in the trade market,” Rizzo continued, “… but we think we got good quality, reliable bullpen guys with some moxie and some experience. We’ve got guys who’ve accumulated a lot of saves in the past, we’ve got a couple of controllable relievers for not only this year, but for the foreseeable future, and the player return was something was something that was acceptable to us.”

“This was three players that we really liked and the acquisition cost was acceptable to us,” he added.

“So we felt that we wanted to get at least one and possibly two relievers at the deadline and it worked out that we got three guys that have upgraded us and we feel good about it.”

“Guys scuffle, it just happens, no one is perfect,” Nationals’ starter Max Scherzer said during the NL Cy Young award ceremony in early November, when he was asked about struggles in the bullpen last season.

“We had talent down there. There were really good arms in our bullpen, it was just a matter of getting them on track and getting them in roles.

“And then once we did that things started clicking.”

Manager Davey Martinez leaned on his starters more and more as the postseason went on, and used his relievers sparingly throughout the Nationals’ run to the World Series crown.

It worked in the postseason, but getting through the regular season is a different story.

There will have to be some new relievers assembled around lefties Sean Doolittle and Elías, and right-handers Tanner Rainey, Strickland, Wander Suero, and Javy Guerra, who currently make up the returning relief corps along with an assortment of in-house options who’ll have to take the next step, with the likely departures of a number of arms they’d relied on in 2019, like Hudson and Fernando Rodney, who are now free agents (but could potentially return).

How will Rizzo and Co. attack their bullpen needs this winter? How will they balance their needs in the relief corps with the other roster needs? Where does the relief corps rank on the list of what the Nationals need to accomplish in the Hot Stove season?

“How much are you going to spend on the bullpen as opposed to the other parts of your roster?” he asked rhetorically. “We have plenty of holes to fill this year, and we’ll utilize the process that we’ve used throughout the years and see if we can construct a team that can contend for a championship.”

After jumping on the likes of Kyle Barraclough and Trevor Rosenthal early last winter, when they thought there were bargains to be had on relievers who could help, how will Rizzo and Co. handle their bullpen and roster construction this time around as they build a team that can win 90-ish games again and get the Nationals back to the postseason so that they can try to defend their World Series crown?