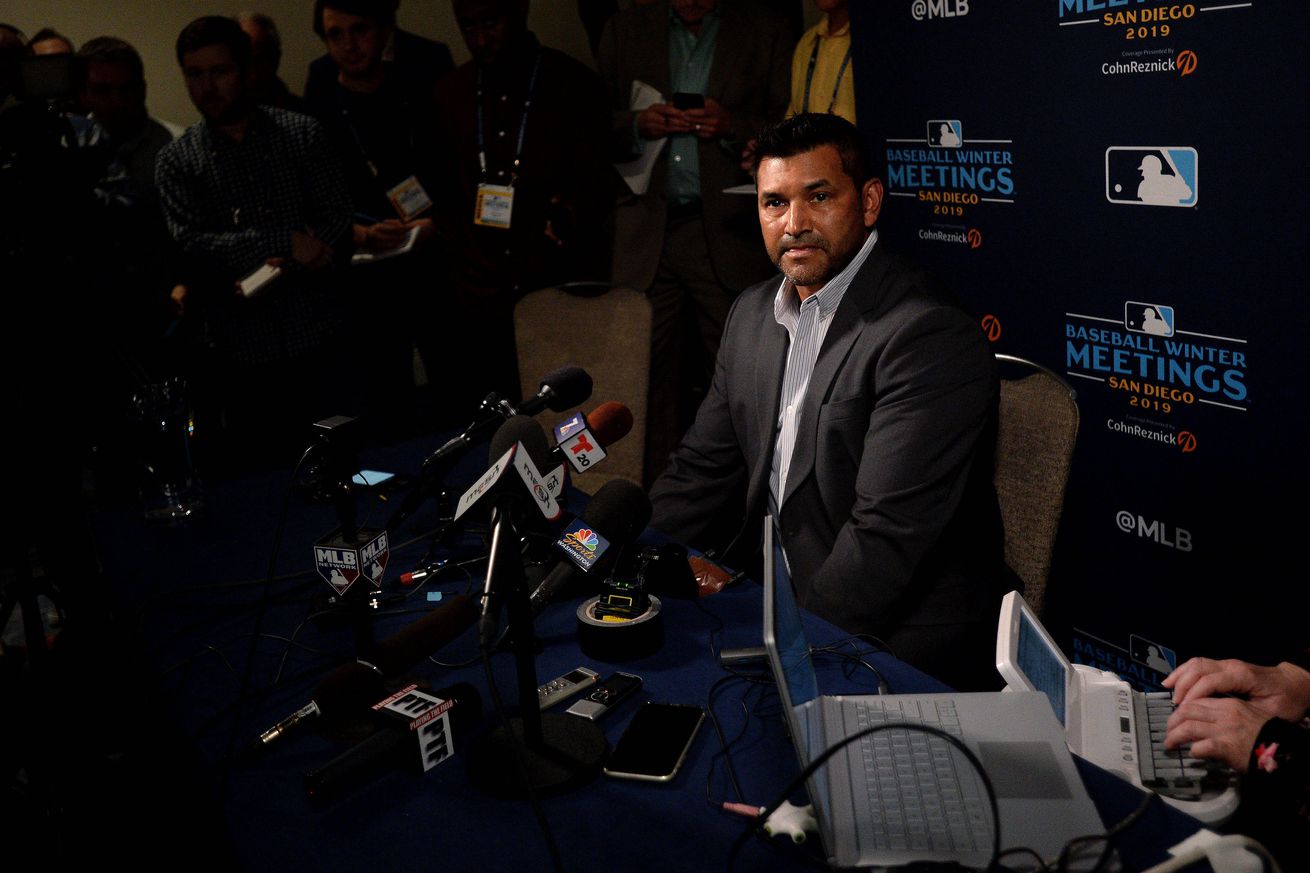 Clearly, the defending World Series champion Washington Nationals knew it was possible Anthony Rendon might sign on with another team this winter, leaving a hole at third base, and in the middle of their lineup. GM Mike Rizzo and Co. in the Nationals’ front office have contingency plans, of course, and while they do have to find a way to replace Rendon, it’s hardly the only spot they need to address over the new few weeks and months.

First base is still a question mark, though Howie Kendrick could play there after he played 48 games there in 2019, and he could help out at first again after signing a 1-year/$6.25M deal that brings him back for a fourth season in D.C.

“He’s going to be the same,” manager Davey Martinez told reporters this week when he was asked about Kendrick’s role on the 2020 roster.

Nats still have interest in Josh Donaldson. May like Kris Bryant even more, but want to hold Victor Robles, who could interest Chicago.

“Play a little first, a little second, DH when we play Interleague. My biggest thing with Howie, we talk about all the time, is keeping him healthy.”

Martinez’s work to keep Kendrick healthy led to the 36-year-old infielder, who will turn 37 in July of 2020, being on the field for 121 games this past season, more than he’d played since 2016.

“We talked a little bit after he signed,” Martinez said, “… and I asked him how he felt, and he said he felt great and that he really feels like he could probably play a little bit more.

“So we’ll see. My biggest thing with him is just to get him through the season and keep him healthy.”

Martinez will have to manage Ryan Zimmerman carefully as well, if the 35-year-old, 15-year veteran ends up back in the nation’s capital for a 16th season, which is the expectation.

If Zimmerman’s back, the manager was asked, how many games could you expect for him to play at first base?

“I’m hoping he can play a lot, but like I said, having him and Howie kind of helps,” Martinez said.

“Signing Howie, signing him back, they both can play first base. And the biggest thing is, look, a healthy Zim can put up some big numbers for us, we know that, but we’ve got to keep him healthy.”

So how will Martinez handle the veterans’ playing time (assuming Zimmerman does come back)?

“When Howie’s healthy, he’ll play second base,” Martinez said. “He can play probably a lot of second base, maybe two, three times a week if need be, and that being said, hopefully, Zim can play four or five times a week.”

Will the Nationals add a left-handed bat to the bench who can back up at first base as well, and share time with the veterans?

Rizzo told reporters on Day 2 of the Winter Meetings, before Rendon signed on with the Los Angeles Angels, that the team would be looking for a second or third baseman this winter, depending on how things worked out with the 2011 1st Round pick, who ended up signing a 7-year/$245M deal with LAA.

“We’re looking for an infielder and we have the flexibility to be able to have that infielder be a third baseman or a second baseman, so we like that flexibility,” Rizzo explained, “but that’s one of those things that is on our wishlist, is to get ourselves a veteran infielder to go along with one of our younger players.”

Rizzo and Co. in the Nationals’ front office are also looking at the relief market as they try to upgrade the bullpen.

“We’re going to be active in the reliever market still,” he said, “and there are a lot of relief pitchers that we have targeted that we’ve identified that would be an upgrade for us that would help us.

“We think that we’ve got a lot of options in that part of our roster, and we’ll be looking to upgrade there.”

There’s still a good deal of work to do, but the GM said on Wednesday night that he thinks the team is in a good position moving forward.

“I think we’re in a good spot,” Rizzo said, as quoted by MLB.com’s Alyson Footer.

“We’ve been extremely busy this Winter Meetings, and I think we’ve set up a lot of different options and a lot of different avenues. We might not necessarily complete another deal in the next day or so, but we feel that we’re in position to improve our roster in a rather quick manner after the Meetings.”