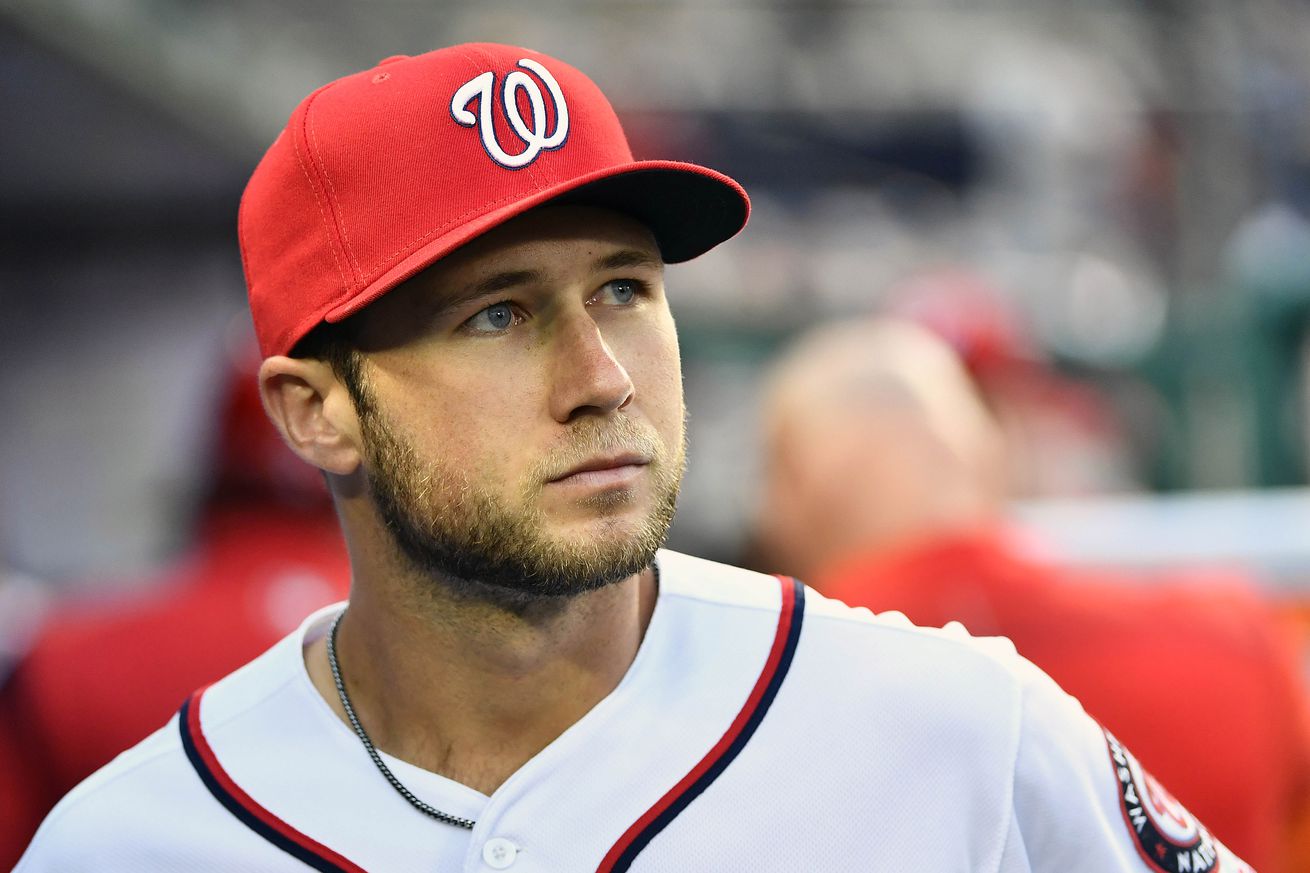 There are holes in the Nationals’ infield right now, will they fill them from within or outside the organization?

Carter Kieboom struggled in his first test at the major league level this past April/May, going 5 for 43 (.128/.209/.282) with two home runs, four walks, and 16 Ks in 43 plate appearances over 11 games before he was optioned back to Triple-A Fresno.

Kieboom, 22, made a total of four errors in ten games in the field in the majors. He made six total in 109 games with Washington’s top minor league affiliate over the course of the 2019 campaign.

“We brought him up here in necessity, because we were beat up,” Nationals’ skipper Davey Martinez explained to reporters after Kieboom went back down.

“He was doing well in Triple-A,” Martinez said.

“And we wanted to really get his feet wet and get him an opportunity to come up here and see what it’s all about, you know, and like I said, he’ll be back, no doubt.”

“His offense was always ahead of his defense, we knew that bringing him up, we brought him up by necessity, but the good thing is he’s a young, bright, [22]-year-old player with a great baseball IQ. He’s got crazy-good talent and tools. The good thing is we got his feet wet, he’s been to the big leagues, so oftentimes the next time you get here you’re not nearly as overwhelmed and the game slows down quite a bit your second time here. So, he’s a big part of the future here, he’s going to be here for a long time, and we think that he has a good long career as an everyday player for us in the very, very near future, and to me he’s one of the best prospects in the game.”

Kieboom is still the top prospect in the organization following a .303/.409/.493, 24 double, three triple, and 16 home run campaign over 494 PAs at Triple-A, and as the Nationals try to figure out who’s going to be positioned around the infield in 2020, the 2016 1st Round pick is once again being mentioned as an option should the team fail to sign Anthony Rendon or find suitable replacement options at third or second base.

“He’s close,” Martinez said on Monday, when he spoke to reporters at the Winter Meetings in San Diego about Kieboom.

“After we had him, he went back down to AAA, kept his head up, and played really well, hit well, did some adjustments. He’s going to come to Spring Training and get a shot to play different positions. We’ll see. We’ll see what transpires, but he’s a kid that we value very much. We know what he can do with the bat. We’ve got to figure out a position for him, whether it’s second base or third base, but I think that he adds some value and he could help us in the future.”

Could he split time at second base with veteran Howie Kendrick in 2020? Martinez said on Monday that Kendrick, who returned to the Nationals on a 1-year/$6.25M deal, “… can play probably a lot of second base, maybe two, three times a week if need be.”

Would the Nats be willing to send Kieboom out at third if Rendon signs elsewhere this winter?

Martinez was asked what his expectations were for Kieboom in the upcoming season.

“I really feel that he learned a lot just coming up that short period of time,” Martinez said.

“We know what kind of player we think he can be, and like I said, he’s learned how to become that player.

“So it’s just a learning process for him. We have some special young players, [Juan] Soto being one, Victor [Robles] learning, he learned a lot, man. His improvement this year was incredible — at the plate, defensively. And the biggest thing I’ll tell Carter is that he’s a guy that needs to use the whole field when he hits and not to take his at-bats out to the field.

“It’s two different things. You’ve got to play defense, and then you’ve got to hit. I think that’s something, as a young player, that you need to learn to be consistent up here.”

Is the Nationals’ manager comfortable with the idea of Kieboom as part of the Opening Day infield? Or do he still need more time to develop?

“He’s going to get an opportunity to play this Spring,” Martinez said. “So we’ll see where we’re at then.”