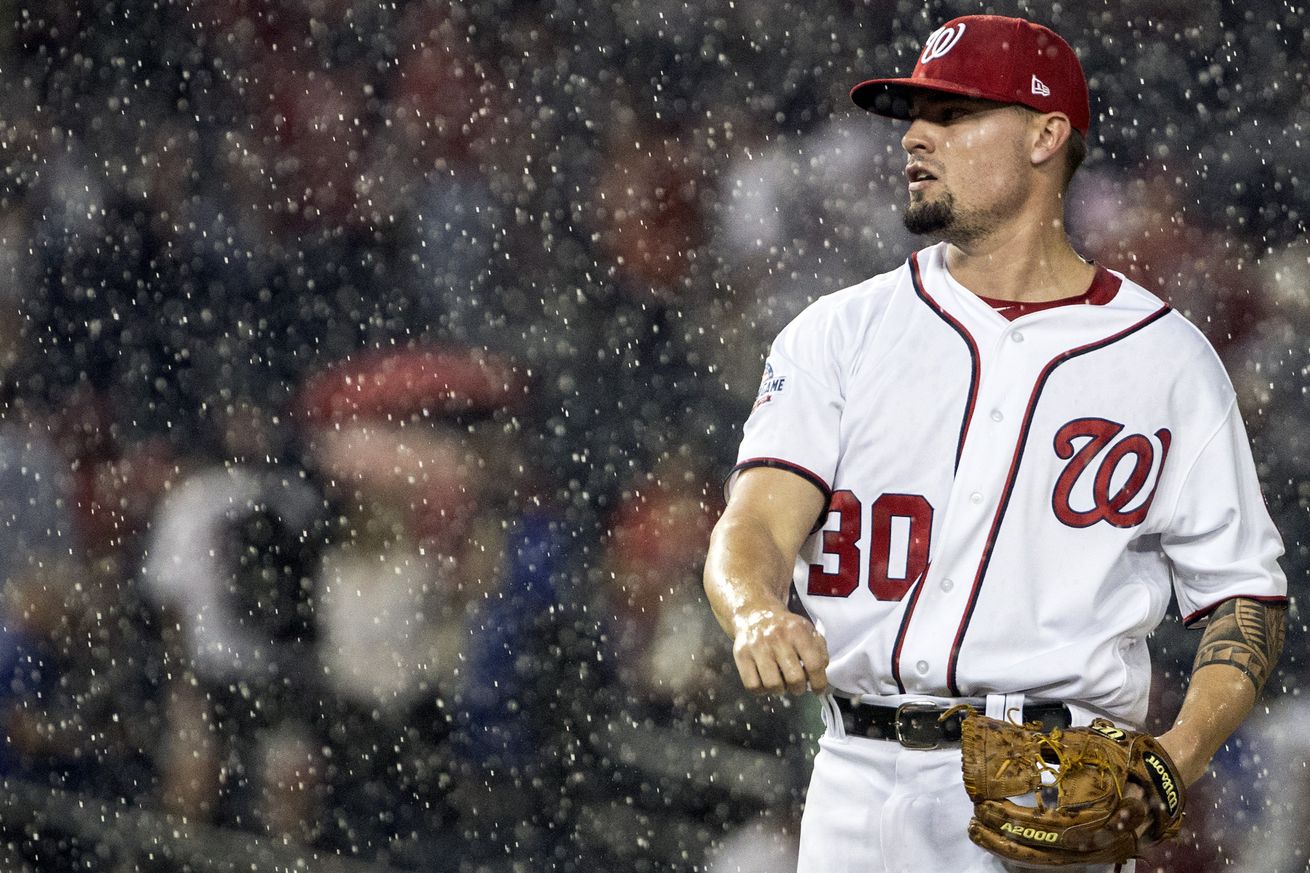 After three years of dealing with a variety of injuries, Koda Glover announced today that he’s retiring from baseball…

Koda Glover, 26, made his major league debut back in 2016, a little over a year after the Washington Nationals selected the right-hander in the 8th Round of the 2015 MLB Draft.

Glover made 63 appearance over the next three seasons, posting a 4.55 ERA, a 4.00 FIP, 21 walks, and 42 Ks in 55 1⁄3 IP, but he was beset by a variety of injuries along the way, dealing with shoulder, back, and elbow issues which kept him off the mound for long stretches and the entirety of the 2019 campaign.

This afternoon, Glover announced on Twitter that he is retiring from baseball:

“I write to you all today with great despair, that I will be announcing my retirement from professional baseball. I have experienced a number of injuries in the past three years and I believe it is time to step away from my playing career. I have loved this game from the moment I took my first steps and will continue to love it for the rest of my life. This game has given me experiences that I will forever cherish and never forget. I want to thank the Washington Nationals, for giving me a home for the past 5 years and giving me the opportunity to showcase my talents across this great country. I want to thank all my teammates for the great memories and lifelong friendships I have developed along the way. I want to thank all the fans that supported me through all of the ups and downs over the years. Lastly, I want to thank my family for standing by me and making sacrifices along the way so that I could pursue my childhood dream. I appreciate everyone that believed in me, I’ll cherish the support and memories forever.”

“You talk about college to the big leagues in just a little over a year, and his stuff kind of dictated that he was moved at that pace. And I always think that relievers develop faster than any other position, and I think as much as his developmental curve affected him, I think his makeup affected him, because he tried to push through things.

“He tried to battle through things, he wanted to be in the big leagues and wanted to pitch through some pain, and I think that ended up biting him at the end.

“That’s part of youthful baseball players. They have the John Wayne syndrome. They want to battle through things and they want to fight through things, and they don’t want to be in the training room because they think that says something about their makeup, and he’s learning. He’ll figure it out, and I think he’s going to be a real big long-term piece for us.”

Unfortunately, Glover wasn’t able to stay healthy and on the mound in the majors for long in his time with the Nationals, and he’s now made the decision to move on from the game.

Best of luck in whatever follows, Koda.

Gonna tell my kids this was me pic.twitter.com/wRoKPBzOb2