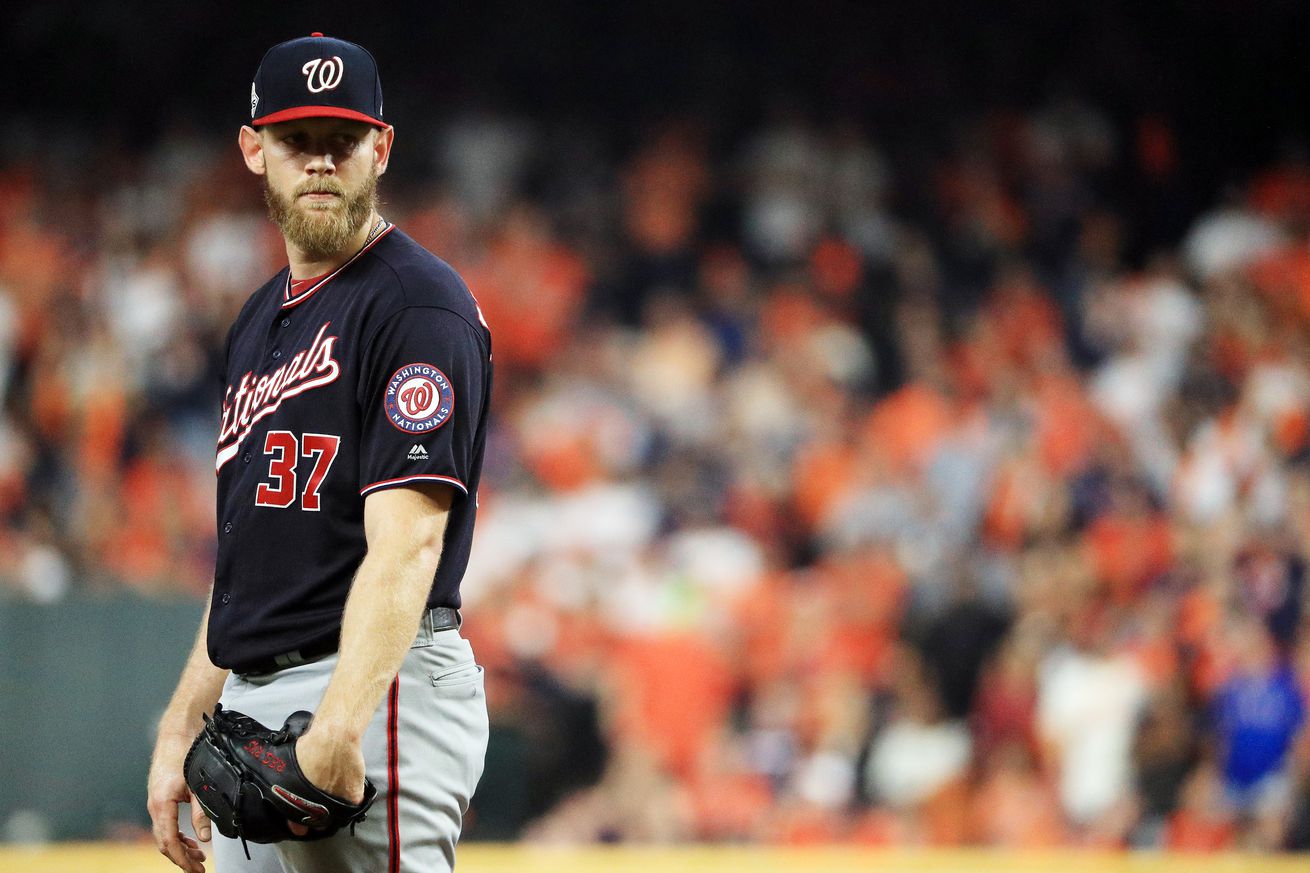 While there had been multiple reports of the Washington Nationals’ belief that a new deal with Stephen Strasburg seemed more likely than one with fellow free agent Anthony Rendon, a tweet from Ken Rosenthal this afternoon suggested that the Nats and the 2019 World Series MVP had actually made progress on a contract that would keep him with the only team he’s ever known.

Shortly after that initial report, multiple sources have confirmed that Strasburg and the Nats have agreed on a seven-year deal that ESPN’s Jeff Passan writes will be worth, “… more than $220 million,” and more writers have since confirmed it’s a 7-year/$245M deal.

Strasburg opted out of the final four years and $100M left on a seven-year/$175M extension he signed with the Nationals in May of 2016 to test the free agent market after a dominant postseason run that ended with the 31-year-old, ‘09 No. 1 overall pick being named the Most Valuable Player of the Fall Classic.

According to subsequent reports, the terms of the deal are in fact seven years and $245M, for an average annual value of $35M per year, though the details of the contract are just coming out now. We’ll have more information and analysis on the new agreement when it is made available, and likely have comments from GM Mike Rizzo after he speaks to reporters at the Winter Meetings this afternoon.

For now we know Strasburg will be back in D.C. in 2020 and beyond, and the chatter about the Nationals’ belief he would return was apparently well-founded…

Strasburg and Nats have a deal

Stephen Strasburg and the Washington Nationals are in agreement on a deal, sources tell ESPN.

Stephen Strasburg’s deal with the Washington Nationals is for seven years and $245 million, a source tells ESPN.

No opt-outs or options for Strasburg. Some deferred money.

Info on deferred money in the deal:

Stephen Strasburg gets record seven-year, $245 million contract with full no-trade from the #Nats.

The #Nats are deferring more than $80 million of Strasburg’s $245 million contract.

I also wonder if we should be looking at the actual “value” of this deal by dividing $245M into 7.