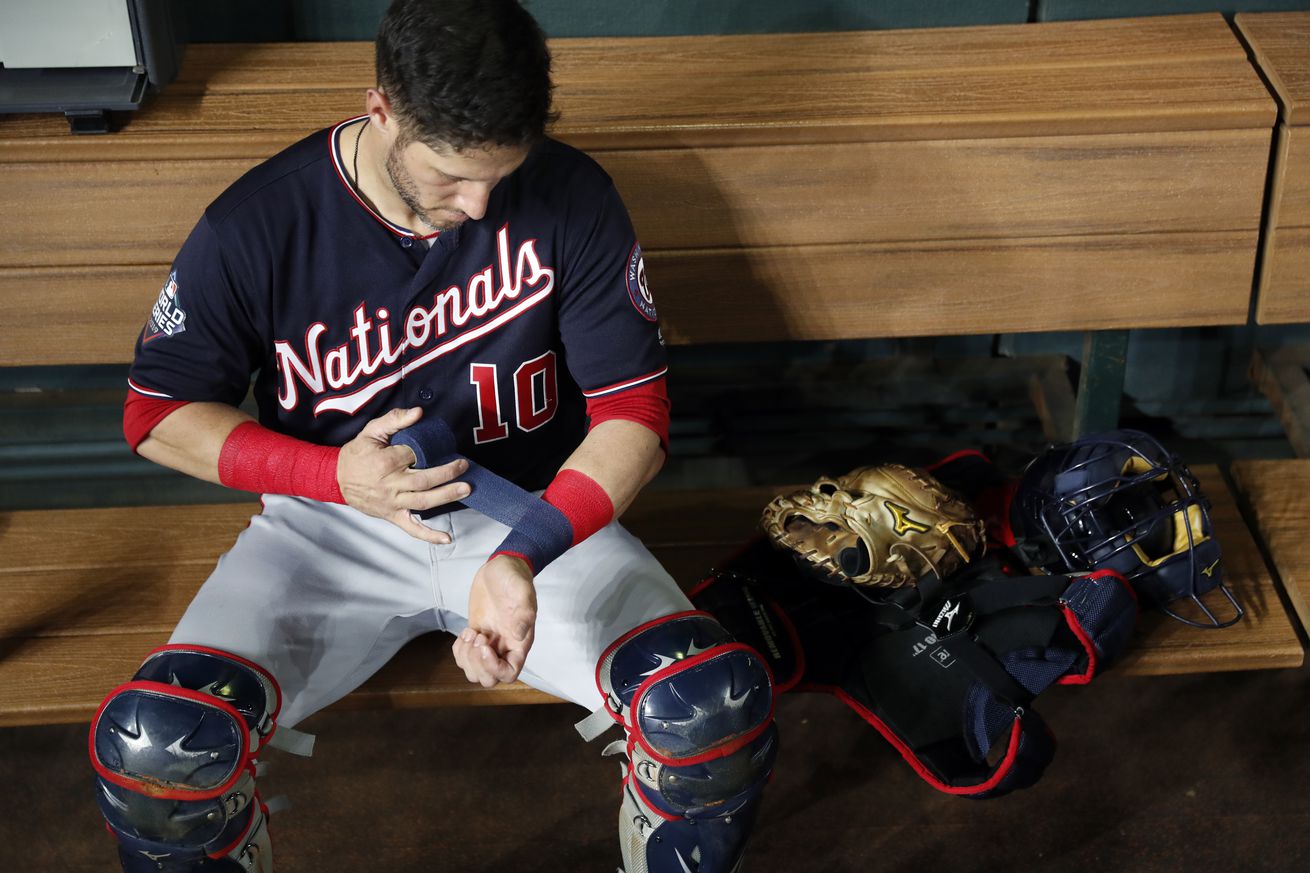 After declining his $9M club option for the 2020 campaign, opting instead for a $1M buyout, the defending World Series champion Washington Nationals have reportedly signed 32-year-old catcher Yan Gomes to a 2-year/$10M contract.

The deal will bring the veteran backstop back as half of the catching tandem the Nats used in 2019 with Kurt Suzuki.

Catcher Yan Gomes and the Washington Nationals are in agreement on a two-year, $10 million deal that will return the veteran to the reigning champions, sources tell ESPN. Gomes caught the final out of the World Series and will rejoin Kurt Suzuki as the Nationals’ catching tandem.

Gomes was a free agent for a couple weeks before the Nationals brought him back.

“Both [Suzuki] and Yan [Gomes have] done an unbelievable job with the pitching staff,” Davey Martinez told reporters during the World Series.

“And we knew that when we got these two guys … what they can do.

“I’ve seen Suzuki from afar playing against him when he was in Atlanta, just handled that pitching staff. And Yan I’ve known for a lot of years, and what he does behind the plate.”

Gomes went 7 for 29 with two doubles in 11 games (seven starts) in the postseason, starting six games between the NLDS and NLCS and each of the final four of the World Series after Suzuki injured his hip.

Suzuki also suffered an elbow injury late in September, and then was held out of the lineup late during the Fall Classic, with a hip flexor issue.

The Nationals are bringing Yan Gomes back on a 2-year, $10 million deal, a source confirms. They had declined his $9 million club option earlier this month but expressed interest in re-signing him at a lower price. (First reported by @JeffPassan)

With the top catchers in the organization (Raudy Read, Tres Barrera, Taylor Gushue) works in progress, the Nationals are going with another year of Suzuki and Gomes handling their staff after they guided the Nats back from their 19-31 start to the Wild Card Game and then the World Series this past season.