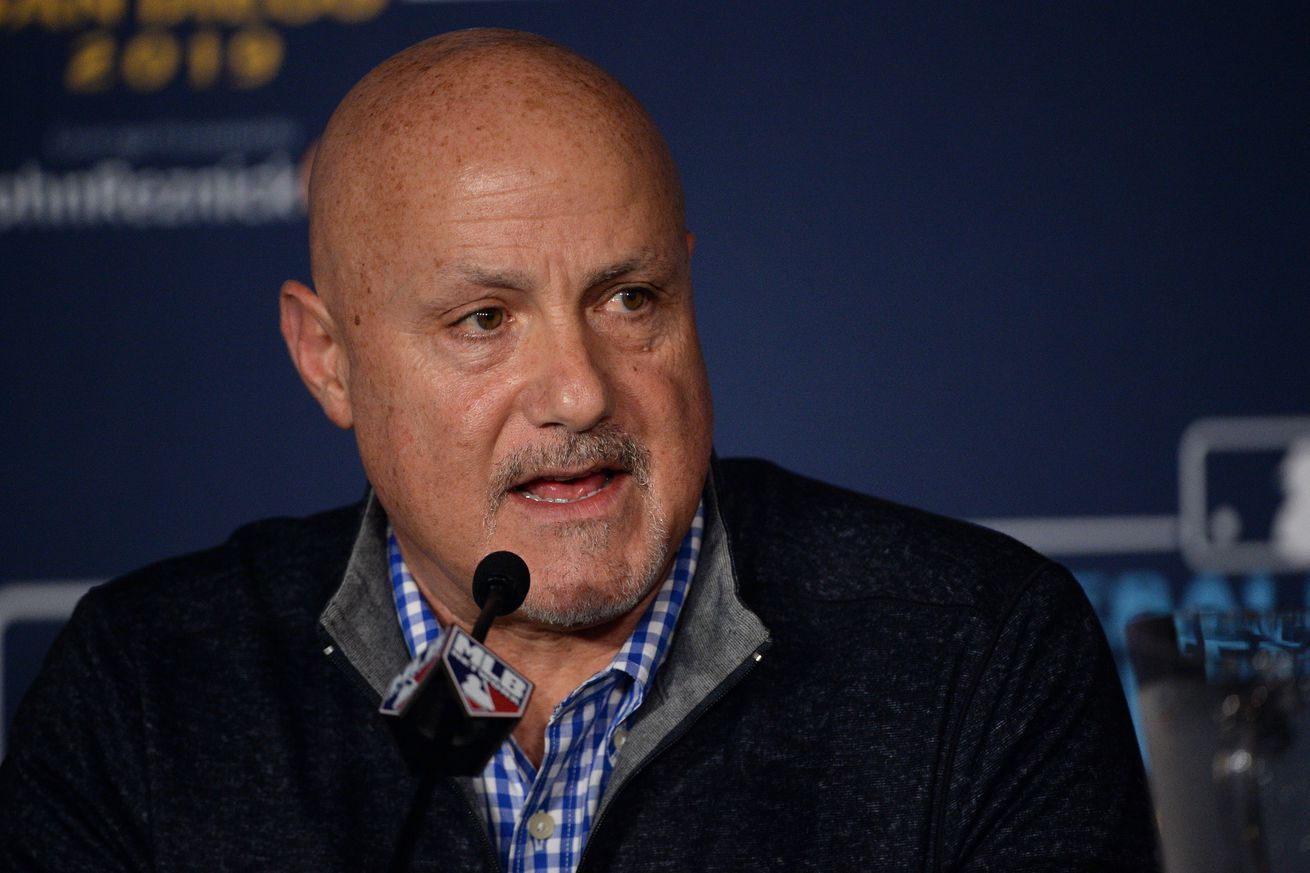 Mike Rizzo spoke to reporters on Day 2 of the MLB Winter Meetings, talking about needs in the infield and bullpen…

Mike Rizzo was honest with reporters when the Washington Nationals’ GM was asked on Day 2 of the Winter Meetings on Tuesday if there was any news to report after the 7-year/$245M deal with Stephen Strasburg and one-year deals with Howie Kendrick and Yan Gomes were officially announced.

“The only news we have is meetings have been set, and speaking to a lot of people, and a lot of cliches will follow after that. ‘Irons in the fires,’ ‘lures in the water,’ you know,” Rizzo joked.

There is, of course, still plenty of work to be done as the architect of the Nationals’ roster builds for the 2020 campaign and beyond, and the market is moving quickly, so the next moves might come sooner than expected.

“I think the market is always driven by supply and demand and I think people are feeling this offseason more so than in the past that they want to get the player they want and make sure that he doesn’t leave the market,” Rizzo explained.

So where will the Nationals’ GM turn next? They have holes at second and third base right now. There are needs in the bullpen too.

“Hey, look, obviously we have [Sean] Doolittle,” manager Davey Martinez said on Monday as he discussed the needs on the roster.

“I like what [Tanner Rainey] did towards the end of the year. He grew a lot and matured a lot.

“You have [Wander] Suero, who I think did a great job. His ERA doesn’t say that, but he pitched a lot of innings for us, pitched some big innings for us.

“We’ve got [Hunter] Strickland, [Roenis] Elías back. What I would like is hopefully we can find a few ‘back end of the bullpen’ guys to complement Doolittle.”

Rizzo said the same when he spoke on Day 2 of the Winter Meetings on Tuesday, and said that the bullpen was, obviously, a priority after last year’s relief corps ended up a season-long issue for the eventual World Series champions.

“I think that it’s part of our offseason plan,” Rizzo said. “That’s one of the holes that we have to fill, and we’re certainly going to be aggressive to address the needs that we have.”

Are they looking for a lefty, some “back end of the bullpen” arms like Martinez said?

“I don’t think we’ll get that specific,” Rizzo said. “With the added player on the roster this year and the bigger bullpen I think it’s a necessity to have bullpen guys that can get both lefties and righties out.”

The focus isn’t solely on relief help, of course, as the GM acknowledged. The infield is at the top of the list, with Anthony Rendon now a free agent, Brian Dozier back on the market, and top prospect Carter Kieboom an option at one of the two open spots if they don’t find their next second or third baseman via free agency or trade. Kendrick is back and can play some second base, though he’s not an everyday player at this point, by his own admission. Ryan Zimmerman is expected to return, but likely as part of a platoon at first base. So the infield is an area that needs to be addressed.

“We’re looking for an infielder and we have the flexibility to be able to have that infielder be a third baseman or a second baseman,” Rizzo said. “So we like that flexibility, but that’s one of those things that is on our wishlist, is to get ourselves a veteran infielder to go along with one of our younger players.”