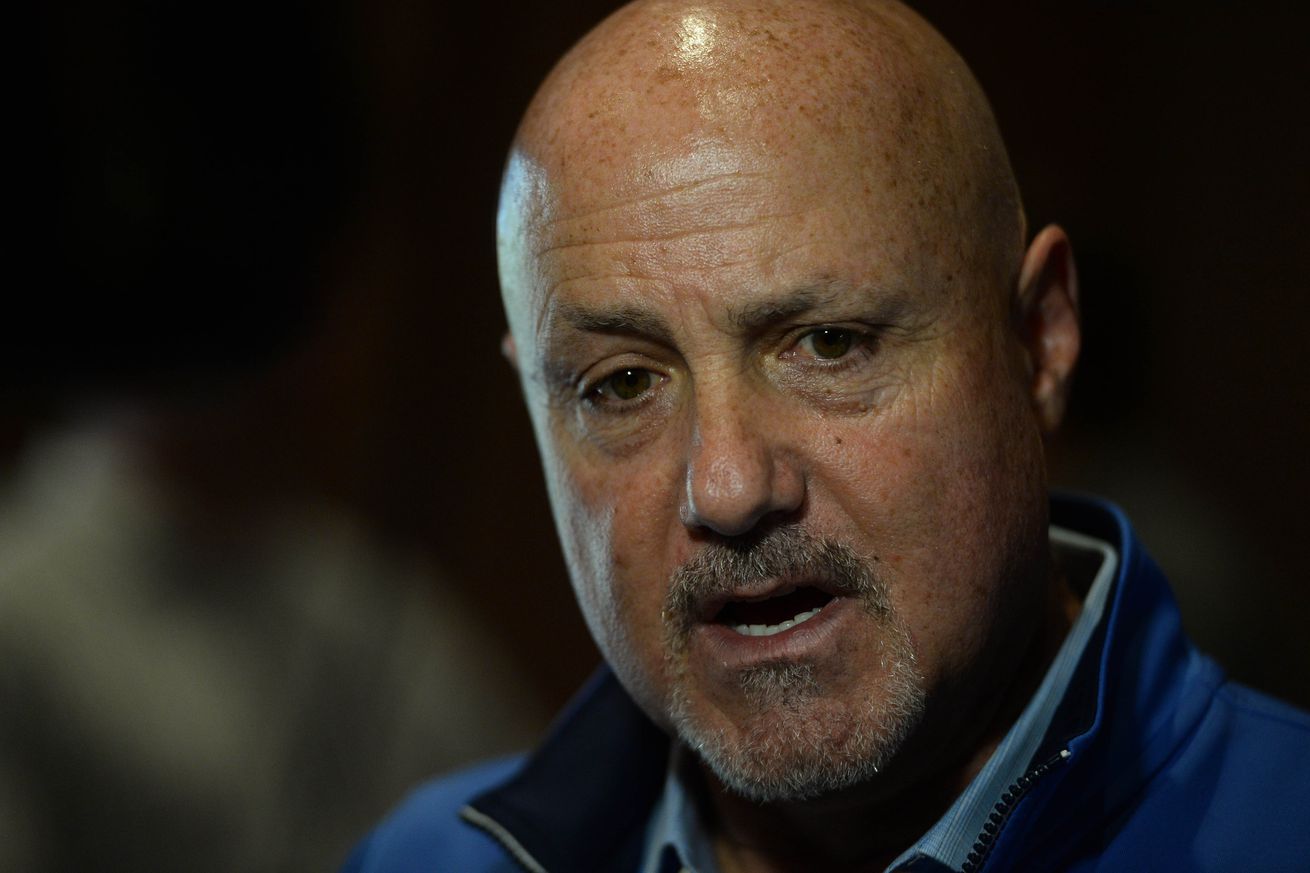 Still no movement on the big names, but Mike Rizzo talked about trying to avoid letting nostalgia for the players who helped win the World Series influence decisions he makes for the 2020 roster.

Given an opportunity to say anything they wanted to by Adam Eaton during the Nationals’ World Series celebration in Washington, D.C. earlier this month, when Eaton decided that he’d “go live” and open up the “hotline” for his fellow players to share their thoughts, Trea Turner took a moment to campaign for the return of one of his teammates.

“So this is the hotline, correct?” Turner asked Eaton at the podium as the post-parade rally wrapped up.

“You can say whatever you want, it’s great,” Eaton said.

“Can we bring back Anthony Rendon?” Turner asked.

“I’ll second that notion,” Eaton said. “All in favor?”

“Aye!” the crowd responded, with a number of players on the stage raising their hands as well.

Rendon, of course, is a free agent now, after he and the Nationals failed to agree on a long-term extension before he hit the market at the end of the postseason.

Rendon is just one player whose future with the organization is up in the air, of course, with Stephen Strasburg opting out of the final four years and $100M left on his own contract, and the Nationals declining the club option for Ryan Zimmerman, making both free agents as well, after the three of them helped to bring a World Series championship to D.C. for first time in 95 years.

Nationals’ closer Sean Doolittle, whose option for 2020 was picked up shortly after the end of the regular season, was asked during a recent visit with 106.7 the FAN in D.C.’s Grant and Danny, if he’d reached out to either Rendon or Strasburg to let them know he’d like to keep the band together in the nation’s capital for another run.

“I haven’t yet,” Doolittle said, “… but I guess the Hot Stove is starting to heat up. So, we’ll see if — we kind of had a team of photographers that were following us around and in the World Series and in the days that followed, so maybe I’ll dig up some good ones and try to send them to them.

“I’ll pull out all the stops. We’re not too proud. We’d really love for both of those guys to be back.

“They were such a big part of everything we did, and, man, it’s fun to think about what next year could be like with both of those guys back.”

Mike Rizzo and Co. in the Nationals’ front office will have to work out deals and make tough decisions on which players they want to bring back for 2020 and beyond, however.

Rizzo talked with Washington Post writer Jesse Dougherty at the GM Meetings last week about making those choices based on what’s best for the organization, and explained it can’t be about nostalgia for the group of players who were able to win it all.

While bringing back players they know fit into the clubhouse and environment in D.C. would allow them to skip the process of having to do their due diligence to make sure new players would work with those already in place, Rizzo added, the question he’s asking is, “do they fit the roster that we currently are going to have in 2020?”

Nats endeavor to get quick resolutions with Stephen Strasburg and Anthony Rendon so there’s time to move to contingency plans, if necessary. Feels like they are slightly more confident in Strasburg case. GM Mike Rizzo met in Phoenix with Boras camp, tho no word of new offers yet.

As the GM told USA TODAY’s Bob Nightengale earlier this month, however, they can’t be “held hostage” by players who are waiting to make up their minds since there is really a significant amount of work to do to build for next season.

So they’ll make what Rizzo likes to describe “prudent” baseball decisions over the next few weeks and months, but they have to figure out third base if Rendon doesn’t return, first, an issue if Zimmerman decides to continue his career elsewhere, the rotation, especially if it’s time to move on from Strasburg, the bullpen, backup/shared catcher’s spot (after declining a club option for Yan Gomes), and the bench.

Is it nostalgic to think that Zimmerman still has something to offer, likely as part of a platoon at first, if he’s able to stay healthy? Is it reasonable to expect Rendon to continue putting up the sort of numbers he has over his first seven seasons as he goes into his 30s?

It’s now eight years out since returning from Tommy John surgery for Strasburg, who’s coming off a career season in which he stayed healthy and ended up being named World Series MVP. Is a longer-term investment in Strasburg a prudent baseball decision?

Will Strasburg be able to stay on the mound to justify more of a commitment than the four years he had left on his previous deal?

Where do the Nationals turn (in-house options, free agency, trades) to fill their existing roster holes if any of the above move on to new teams?