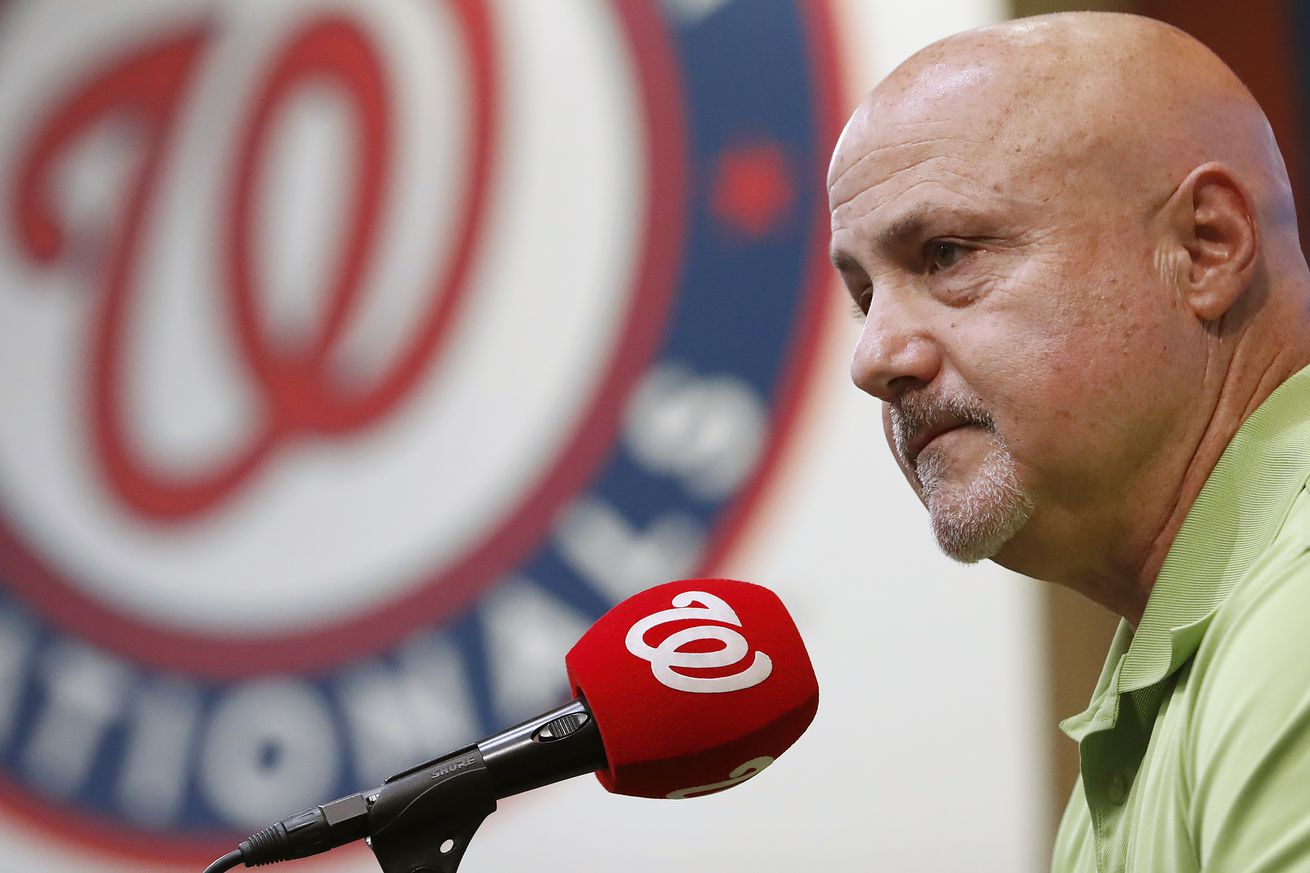 Catch up on the latest Nationals-related chatter as the 2019-2020 Winter Meetings get started in earnest this afternoon in San Diego, CA.

Washington’s Managing Principal Owner Mark Lerner shook things up last week when he told NBC Sports Washington’s Donald Dell that when it comes to one-time Nationals and current free agents Anthony Rendon and Stephen Strasburg, the Nats really, “… can only afford to have one of those two guys.”

“They’re huge numbers,” Lerner said of the contracts each will likely command on the free agent market, adding, “We already have a really large payroll to begin with.”

In spite of what he said there, of course, he didn’t rule out the possibility of both one-time Nationals’ first round draft picks being back in D.C. in 2020 and beyond.

“We’re pursuing them, we’re pursuing other free agents in case they decided to go elsewhere,” Lerner said in the interview with Dell. “Again, it’s not up to us. We can give them a great offer — which we’ve done to both of those players. They’re great people. We’d be delighted if they stay. But it’s not up to us, it’s up to them. That’s why they call it free agency.”

Was the owner preparing the fanbase in the nation’s capital for the inevitable departure of two of the stalwarts of the organization, or was he just trying to put the pressure on two of the biggest names on the market this winter?

Is it possible to read a line from Lerner like, “…[c]ertain players may want to go home, closer to where their home is,” and not think of the Houston native, Rendon, signing with a team in his home state of Texas?

The agent for both of the players in question, Scott Boras, wasn’t buying what the Nationals’ owner was selling in that interview, telling The Athletic’s Ken Rosenthal via text late this past week that it is hard to believe the Nats really think they can’t afford both players.

“‘The Nationals are experiencing a revenue festival in 2020,’ Boras wrote via text on Friday morning,” Rosenthal wrote, quoting the super agent saying, “World Series momentum has blossomed, millions in DC.”:

“The franchise value has increased by nearly $2 billion since their purchase. The Nationals made an extra $30 million winning the World Series. Attendance will increase by more than four to five hundred thousand. TV ratings and advertising rates all skyrocketed.

Reports in September had the Nationals offering Rendon a 7-year/$210-$215M contract, and MLBTraderumors.com’s free agent predictions have the 29-year-old infielder getting around 7/$235, while Strasburg, who opted out of the final four years and $100M left on the deal he signed with the Nats in 2016, is expected to get, “… a contract of at least $150 million [that] might top $200 million as well,” as Rosenthal wrote, with MLBTR predicting a 6-year/$180M deal for the 2019 World Series MVP.

How long are the #Nationals willing to wait for Anthony Rendon & Scott Boras to make a decision?

Agents & execs who have spoken with Mike Rizzo say he’ll want an answer “by the winter meetings or shortly thereafter.”

Without one, the Nats will turn to Donaldson & trade options

It’s not all about Rendon and Strasburg, of course. GM Mike Rizzo and Co. in the Nationals’ front office need to address other needs while they monitor the markets for both, and the decisions the two players make could force them to fill new holes in the infield and starting rotation for the upcoming season.

Yan Gomes (2-year/$10M) and Howie Kendrick (1-year/$6.25M) have already signed on to return to the nation’s capital, and the Nationals signed reliever Kyle Finnegan on Sunday, giving them a hard-throwing relief arm as Rizzo and Co. once again try to build a bullpen mix that will be an improvement on the weakest spot on the roster in 2019. But they also have to find a third baseman if Rendon signs elsewhere, a second baseman (if they’re not just turning the job over to Carter Kieboom, with Kendrick or another option sharing duties or holding that spot until Kieboom is deemed ready), and a first baseman (to pair with Ryan Zimmerman if he comes back, or take over the position if Zim doesn’t).

The Atlanta #Braves certainly got huge dividends on a one-year deal on Josh Donaldson. Now, they hope they get an encore with Cole Hamels. They still are in the running for Donaldson who’s also being heavily pursued by the #Nats.

If Strasburg signs on with another team, there is a need in the starting rotation as well, and Finnegan is likely just the first reliever who will be added to the relief corps this offseason.

How much do the Nationals have to spend to address their needs? Rosenthal addressed the question in his article on Mr. Lerner’s comments:

“The Nationals’ current projected payroll for 2020 is $125.6 million, according to rosterresource.com. Their projected luxury-tax payroll, based upon the average annual values of contracts and including player benefits, is $135.3 million. The luxury-tax threshold next season is $208 million, and the Nats have areas to address besides third base and their rotation. The right side of their infield is unsettled, and they must rebuild their bullpen.”

There wasn’t much Nationals-related chatter on Sunday, as the baseball world arrived in San Diego for the start of the Winter Meetings, though MLB Network insider Jon Heyman said he has heard that there is mutual interest in Zimmerman’s time in D.C. continuing, while there’s still a belief the Nats think Strasburg signing is more likely than Rendon returning.

Nats btw have told Ryan Zimmerman they’d like him back. They are in good position there since he’s made clear he doesn’t want to play anywhere else. No evidence they’ve talked $ yet tho.

Nats remain more confident about Strasburg than Rendon. Doesn’t mean that’s how it plays out but that’s the way they seem to feel.

Rizzo should speak to reporters each night of the Winter Meetings, bringing us some more “irons in the fire”-type comments so he can avoid giving anything away when he’s asked what he’s working on this week. Will the Nationals shock the baseball world with another big deal this year? Will Rendon or Strasburg find new homes while the baseball world is gathered in one place? Will the Nats find potential replacements for either or both of them this week? Stay tuned…