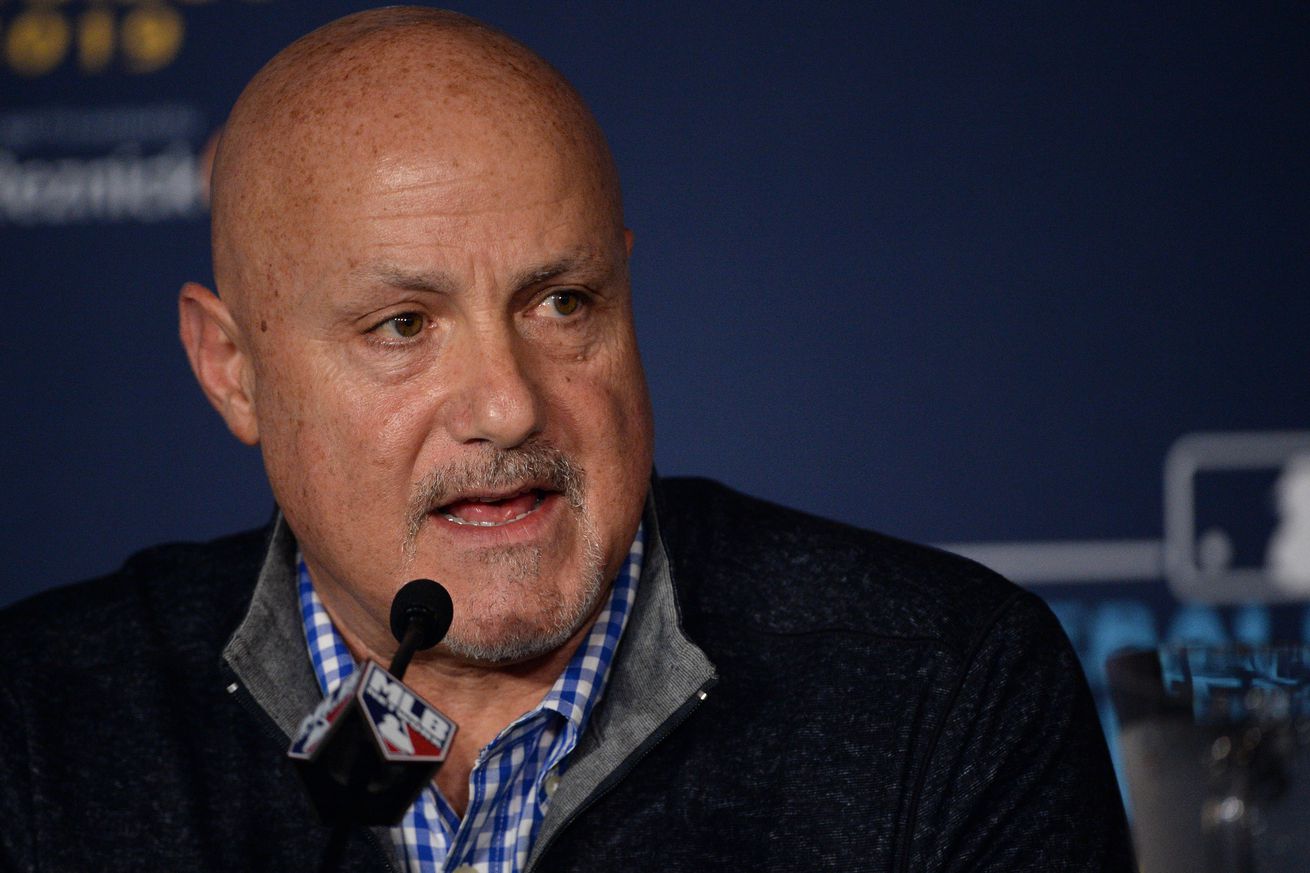 Will the Nationals sign a free agent third baseman or trade for an Anthony Rendon replacement this winter? Rumors. We’ve got rumors. Lots and lots of rumors. Rumors.

Every team that is in the third base market this winter, was interested in Anthony Rendon, and missed out when the 29-year-old and the Los Angeles Angels agreed on a big seven-year/$245M deal, is now on to Plan B or Plan C of their offseason, including Washington’s Nationals.

MLB Network analyst Jon Heyman wrote as much over the weekend, when he noted that the Nationals, “… still appear focused on Josh Donaldson,” as they try to fill the Rendon-size void in their lineup.

“Question is whether they go to 4th year,” Heyman added, noting that the Atlanta Braves are “seen as main competitor now, though several others have been involved,” with the 34-year-old infielder expected to get a 4-year/$100M-ish deal.

“Washington Plan B/C could be Maikel Franco. Could also look at Kyle Seager,” who’s said to be available this winter, Heyman continued.

Chicago Cubs’ third baseman Kris Bryant is another option the Nationals are rumored to be interested in, though those rumors have been shot down in the last few weeks as well.

Seager is headed into the sixth year of a 7-year/$100M extension he signed with Seattle in 2014, which pays him $19M in 2020, and $18M in 2021, with a club option for $15M in 2022, which becomes a player option if he’s traded, with The Athletic’s Ken Rosenthal suggesting recently, “Seager could facilitate a deal by waiving his right to convert his club option to a player option in exchange for some other consideration, perhaps additional upfront money in 2020 and ‘21.”

Bryant, 27, is rumored to potentially be available this winter, coming off a .282/.382/.521, 35 double, 31 home run, 4.8 fWAR campaign in which he earned $12.9M after he and the Cubs avoided arbitration last winter, and he’s due to get $18.5M in arbitration this winter, though his service time is a matter of contention between the team and player that is being sorted out right now, so he could be a free agent after this or next season depending on who wins that dispute.

Also, Heyman wrote recently, the Nationals, “… love Kris Bryant [but] the belief is the Cubs want Victor Robles, likely a no go.” And Washington Post writer Jesse Dougherty wrote that from what he’d heard, the Nationals, “have not been kicking the tires on a Kris Bryant trade with the Cubs,” though that could change as the market plays out.

One other thing, just for fun: The Athletic’s Ken Rosenthal wrote this morning that if things hadn’t worked out with Stephen Strasburg, who agreed on a 7-year/$245M deal in D.C., the Nationals’, “Plan B if they had not re-signed Stephen Strasburg,” was to make a run at lefty Madison Bumgarner, who signed a 5-year/$85M deal with the Arizona Diamondbacks over the weekend.