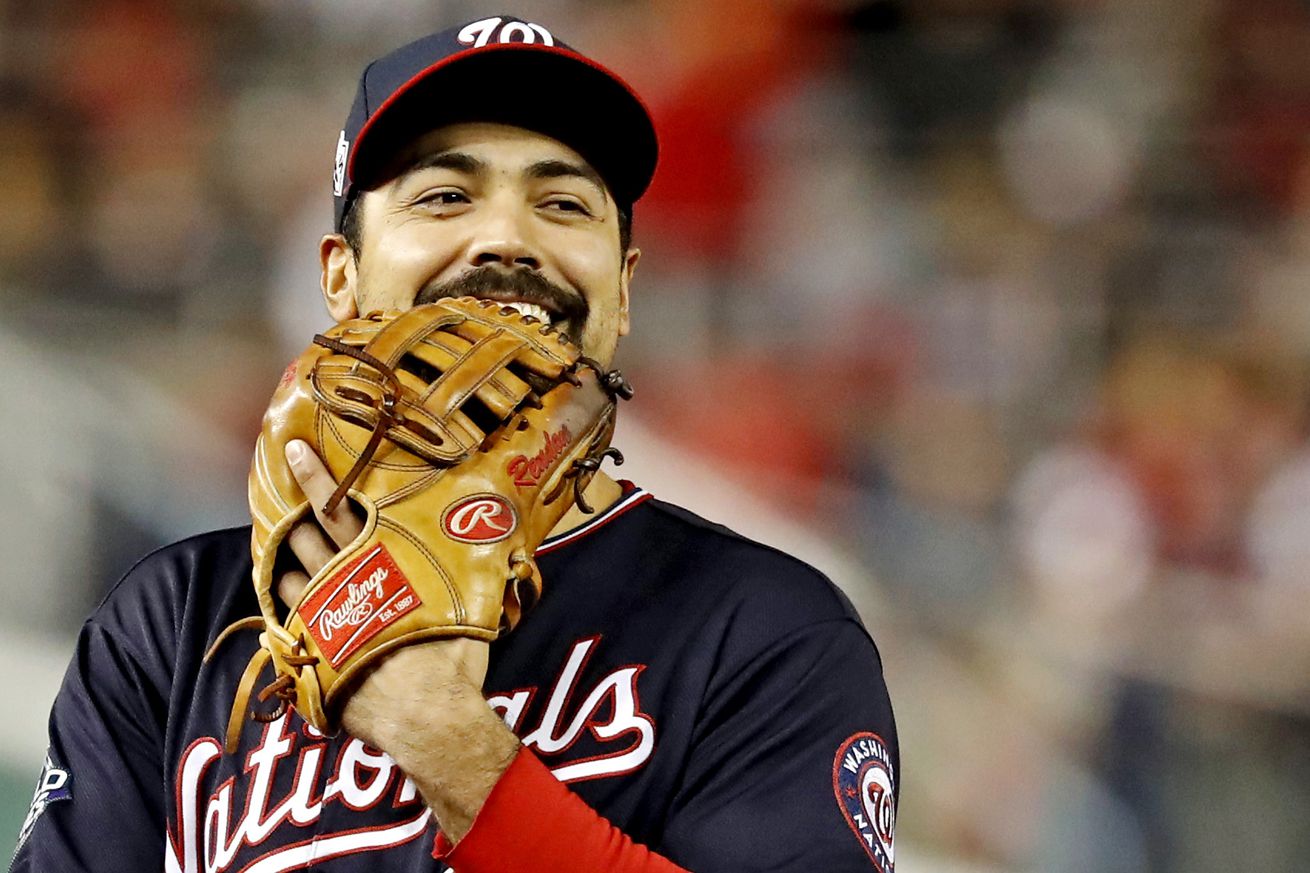 What do the Nationals do now that Anthony Rendon has reportedly signed a 7-year/$245M deal with the Angels?

Anthony Rendon didn’t want to talk about going onto the free agent market while the Washington Nationals were still active in the postseason this past October, deflecting inquiries about what the future held politely when reporters asked.

“I’m not even thinking down the road,” Rendon, 29, said during the NLCS.

“I don’t even know what I did yesterday, and I’m not even thinking about what I will do tomorrow. I live here, in the moment. One day at a time.”

Earlier this week, Davey Martinez wasn’t ready to accept the fact that he might not have Rendon on his roster for his third and what would have been Rendon’s eighth season in Washington.

“Right now, the way I look at it,” Martinez said, “I don’t try to think that Anthony’s gone until he’s gone and signs with another team. In the end, if that does happen, we’re going to look at other avenues and other things and try to fill that void, but it’s a tough one to fill.”

So how will they fill it? Rendon and the Los Angeles Angeles agreed on a 7-year/$245M deal last night, officially bringing an end to the 2011 1st Round pick’s time in the nation’s capital.

They might need to figure it out in a hurry now as every team that missed out on Rendon and is still in the third base market is likely blowing up Josh Donaldson’s agent’s phone.

Talking to reporters last night, GM Mike Rizzo acknowledged that the Nationals needed to add an infielder one way or another, whether it was Rendon or another option.

“We’re looking for an infielder and we have the flexibility to be able to have that infielder be a third baseman or a second baseman,” he explained. “So we like that flexibility, but that’s one of those things that is on our wishlist, is to get ourselves a veteran infielder to go along with one of our younger players.”

Carter Kieboom, 22, is an in-house option at one of those two positions, though he did have rough go of it in his first stint in the majors, before returning to Triple-A and putting up big numbers in the hitter-friendly Pacific Coast League.

“I think he’s a born and raised shortstop and we like the fact that shortstops can move to second and to third,” Rizzo said this week.

“We think he’s going to be a good defensive infielder be it at third base of second base, and with shortstop filled with Trea [Turner], we feel that he gives us options at both positions.”

Donaldson, 34, was projected to get something in the neighborhood of a 3-year/$75M deal in free agency, though he’s, “increasingly seen as a candidate for a 4-year deal” as MLBTR’s reporters noted this week. So 4/$100 for a 34-year-old infielder?

Washington Post writer Jesse Dougherty wrote on Twitter this week that the Nationals were ready, “ready to pivot to Donaldson as a replacement,” for Rendon if he signed elsewhere in free agency.

Where else can the Nationals turn for a third baseman if they can’t land Donaldson?

Those rumors about the Nats kicking the tires on Kris Bryant had some cold water thrown on them by the WaPost’s Dougherty yesterday:

Have heard that the Nationals have not been kicking the tires on a Kris Bryant trade with the Cubs. That could change, of course, but they are waiting for the free agent market to play out before considering trades, especially one of that magnitude.

Where else could they look?

While Nats are looking at Donaldson they are engaged with several other infielders as well: Asdrubal, Maikel, Starlin and of course Zimmerman

Asdrúbal Cabrera? Maikel Franco (who was non-tendered by the Phillies this winter)? Starlin Castro? Ryan Zimmerman will likely be back at first base in 2020, but he’s not playing third base any time soo — … ever again.

What do you think Rizzo and Co. in the Nationals’ front office will do now that they know for sure Rendon is not going to be back in D.C. next season?