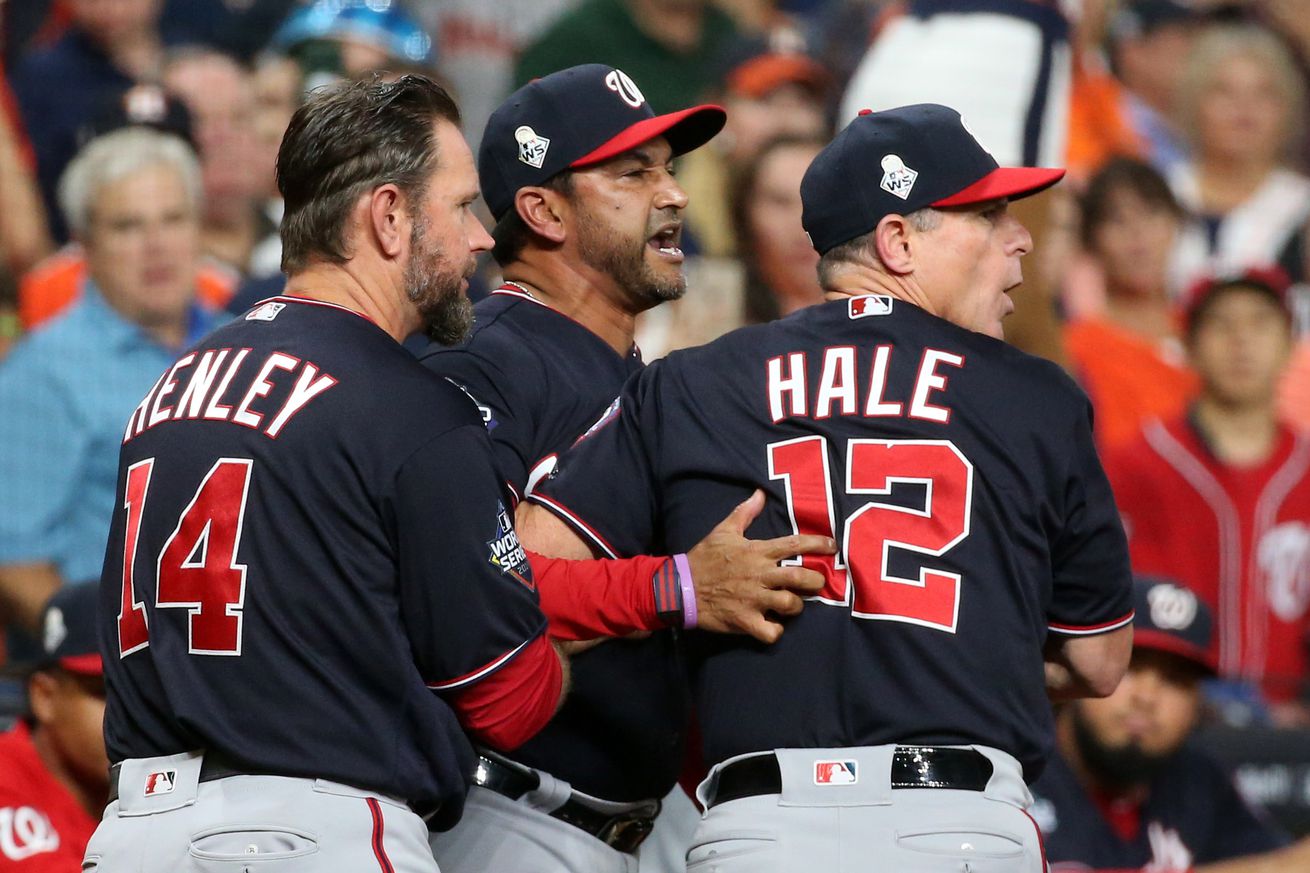 Washington’s Nationals decided to shake things up a little with the coaching staff, with one new addition and a few role changes.

On a relatively slow morning at the Winter Meetings in San Diego, CA, the defending World Series champion Washington Nationals announced a shakeup in the roles of their returning coaches and officially introduced a new member of Davey Martinez’s staff.

Pat Roessler is the new addition, taking the place of Joe Dillon, who served as the Assistant Hitting Coach for Kevin Long in each of the last two seasons before joining the Philadelphia Phillies as their new hitting coach this winter.

Roessler, 59, was a hitting coach for the Montreal Expos (2000-2001), and he served as an Assistant Hitting Coach for Kevin Long and was promoted to Hitting Coach with the New York Mets (2014-18) after Long left New York to join Martinez and the Nationals before the 2018 campaign.

Outside of the one addition, the only other changes made by the Nationals were in the roles their staff members will serve in next season.

Bob Henley is moving from his role as the Nats’ Third Base Coach over to first base, and Tim Bogar, who was the First Base Coach for Martinez in each of the last two seasons is now the Bench Coach, taking over the role Chip Hale served in over each of the last two years, while Hale, who has managed in the majors, and coached at third base in Oakland, New York, and Arizona, is going back out there in 2020.

In explaining the changes, Martinez told reporters, as quoted by MASN’s Mark Zuckerman on Wednesday, that the idea was to get the coaches, “‘a different perspective’ and avoid ‘getting stagnant’ on the heels of a World Series title.”

“For me, getting a different voice,” Martinez said. “I thought about this for many years after winning, and having been around for 10 years: Doing some different things, I think it would great for these guys, to see a different perspective of the game.”

Martinez was also clear that Henley, who’s developed a reputation as an aggressive third base coach to the point he’s referred to derisively as “Bobby Sendley” by the fanbase in D.C., isn’t being demoted with the move over to first base. Henley has also done a lot of work with the Nationals’ young outfielders and Martinez said he thought the move might help him as well.

“What he’s done with our outfielders, I want him to be more engaged, really,” Martinez said.

“Because Juan [Soto’s] gotten better, Victor [Robles has] gotten better. He’s always there. He’s been unbelievable for years. But I want to kind of give him another avenue, another perspective.”

Paul Menhart, who took over as the Pitching Coach when the Nationals parted ways with Derek Lilliquist, is coming back in that role as well, with Bullpen Coach Henry Blanco back with the relievers, and Long, obviously back as the Hitting Coach.