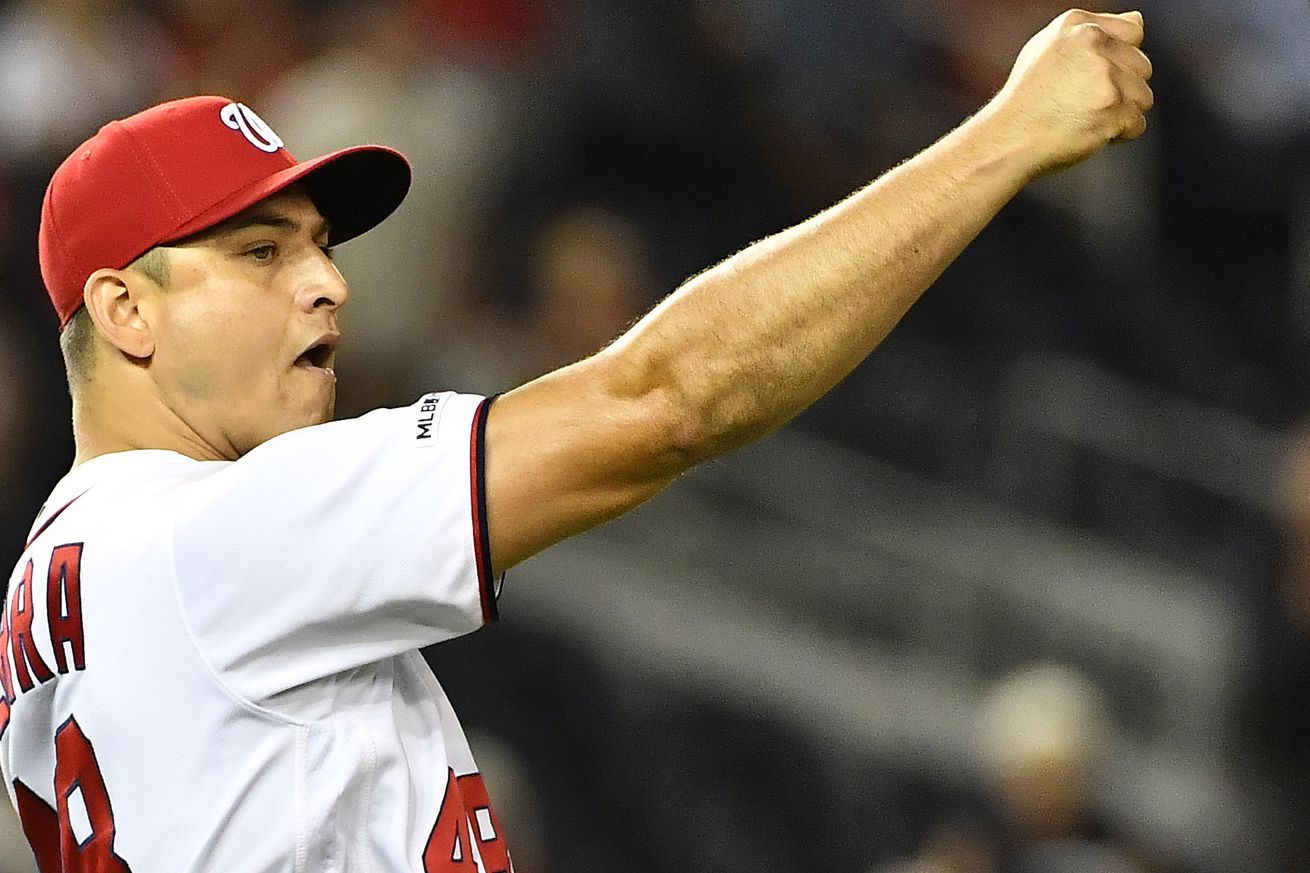 Javy Guerra will be back with the Nationals’ organization in 2020.

According to an early morning report on Twitter by The Athletic’s Evan Drellich, Javy Guerra will be back in the Washington Nationals’ organization in 2020, on a minor league deal that will pay the 34-year-old reliever, “… $1 million with another potential $500K in performance bonuses if in [the] majors.”

The nine-year veteran was designated for assignment by the Nationals in late July before he was outrighted to Triple-A, and then quickly called back after injuries created a need in the major league bullpen.

After he signed a 1-year/$800K deal with the Toronto Blue Jays last winter, MLBTR’s 2020 projections for Guerra had him getting a raise to around $1.3M for the 2020 season.

Nationals’ skipper Davey Martinez was asked what Guerra brought to the bullpen after the righty was added to the roster for the NLCS.

“I like Javy for two reasons,” Martinez told reporters. “He’s got a good changeup, good — he can elevate his fastball. Also too, he could give us, in a seven-game series he could give us multiple innings if we need. So I thought that was key.”

Guerra didn’t pitch in what ended up a four-game sweep of the St. Louis Cardinals in the Championship Series, but he did give Martinez two scoreless in Game 4 of the World Series (an 8-1 loss to Houston) after giving up a run in an inning of work in Game 2 (a 12-3 win over the Astros).

Guerra was non-tendered earlier this month, but he’ll be back to fight for a spot in the Nats’ bullpen.

Martinez talked last night, at the MLB Winter Meetings in San Diego, about the state of the relief corps as the Nationals build the roster for the defense of their World Series title, when he was asked what roles are set at this point.

“Hey, look, obviously we have [Sean] Doolittle. I like what [Tanner Rainey] did towards the end of the year. He grew a lot and matured a lot. You have [Wander] Suero, who I think did a great job … we’ve got [Hunter] Strickland [and Roenis] Elìas back. What I would like is hopefully we can find a few ‘back end of the bullpen’ guys to complement Doolittle.”

GM Mike Rizzo and Co. in the Nationals’ front office added reliever Kyle Finnegan on a major league deal this past weekend as well, but the Nats are likely not done assembling their bullpen for the 2020 campaign.