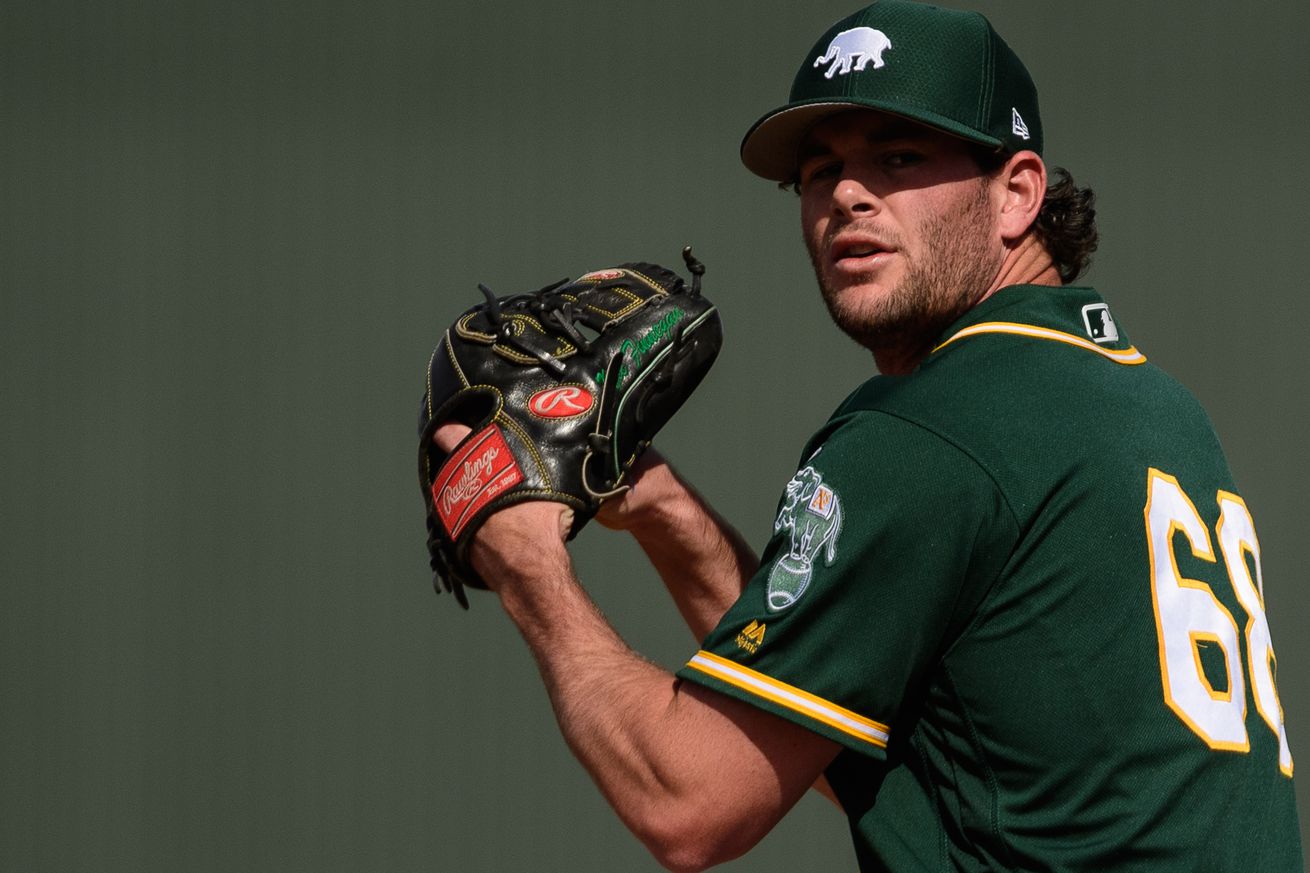 Kyle Finnegan became a free agent this winter after seven seasons in the minors with the Oakland A’s and he signed with the Washington Nationals today.

With the Winter Meetings getting started today in San Diego, CA, the Washington Nationals announced a free agent signing this morning that adds an arm to the mix in the bullpen.

Mike Rizzo and Co. in the Nats’ front office signed Kyle Finnegan, 28, to a major league deal after the reliever, who was drafted by the Oakland A’s in the 6th round of the 2013 Draft, spent seven seasons in the Athletics’ minor league system, compiling a 4.03 ERA in 232 games (63 of them starts).

Finnegan apparently hits triple digits with his fastball at times, and, “… [in] 2019, Finnegan thrived in the hitter haven that is Las Vegas, but didn’t get that final call to the majors with the A’s,” as The Athletic’s Grant Brisbee noted in an article on potential targets for the San Francisco Giants last month.

Finnegan became a free agent at the end of the 2019 campaign.

The addition, on a major league deal, leaves the Nationals with 30 players on the 40-Man roster as they continue building for the defense of their World Series crown.

The World Series champion Washington Nationals have agreed to terms on a Major League contract with RHP Kyle Finnegan.