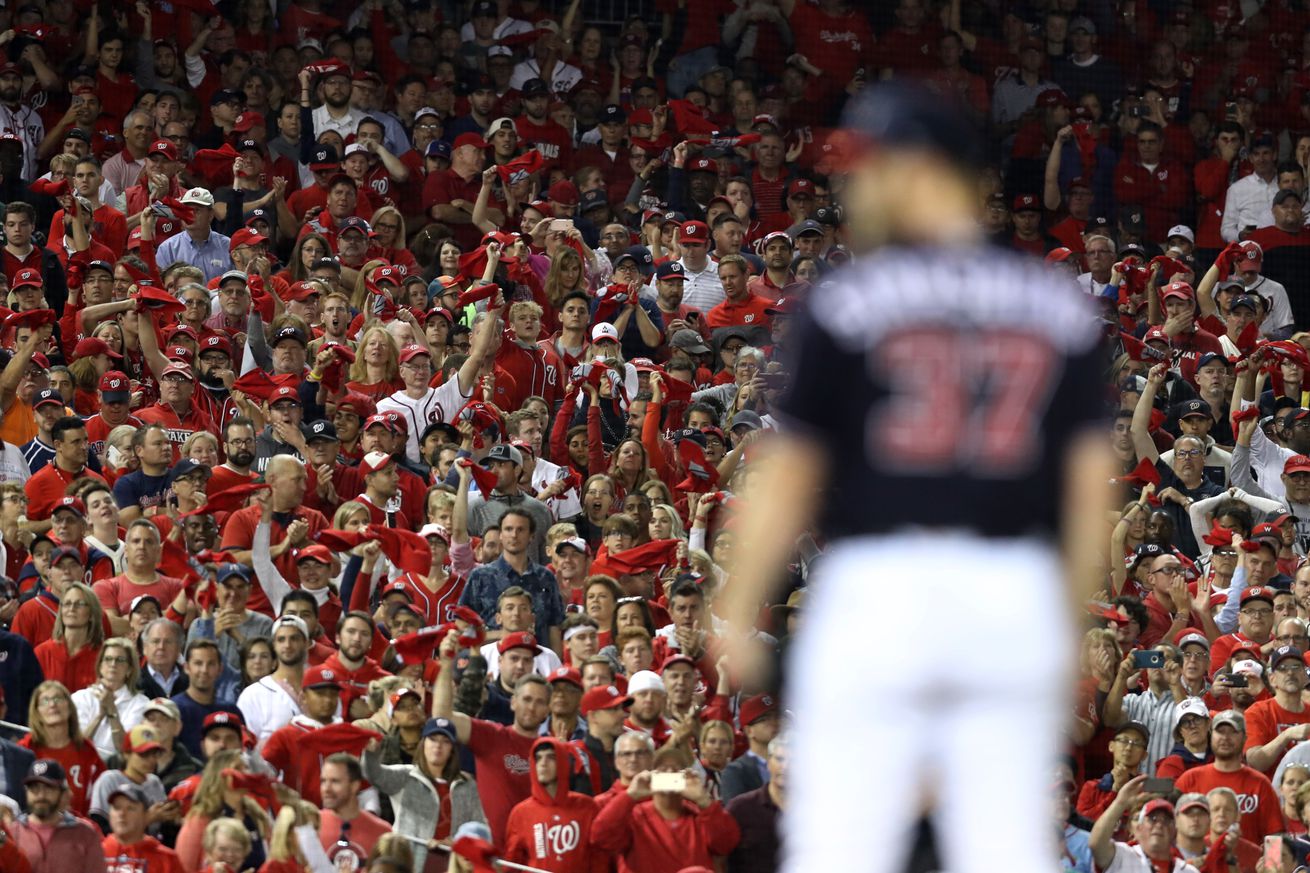 Stephen Strasburg looked at his options in free agency, but ultimately decided to return to his adopted him…

In the immediate aftermath of the Washington Nationals’ World Series win, series MVP Stephen Strasburg was asked if the path he took and the heights he reached could be turned into a teachable lesson for his two young daughters.

They’d just celebrated on the field in Minute Maid Park alongside the 31-year-old, 10-year veteran after the Nationals’ win in Game 7 with the Astros.

“They’re pretty young still,” he added. “I think they’re just excited to kind of be around the other kids in the clubhouse and play and hang out together.

“Some day down the road if they ever ask me what it was like, I’ll tell them it wasn’t easy.

“There might be a lot of situations in their life where it’s not going to go according to plan and it’s not the easiest way, but we’re going to go out there and fight through it and keep battling.”

Strasburg, the 2009 No. 1 overall draft pick, who had Tommy John surgery in 2010, was shut down while the Nationals went to the postseason for the first time in 2012, but he battled to get back on the mound, and established himself as one of the top pitchers in baseball, and he said he also learned a lot about who he was as a person and as a pitcher along the way.

“Through all the adversity I think I’ve learned a lot about myself,” he said. “When you have the ups and downs, I think you can learn just as much from the downs as you can the ups.

“And I think everything happens for a reason. I think I’ve really just become a stronger pitcher through all the adversity that I’ve had to go through.”

Asked what, specifically, he’d learned about himself throughout his career, Strasburg said the biggest thing was not worrying about things he couldn’t control.

“But the one thing that you can control is your approach and how you handle your business off the field. And when you go out there and compete it’s just about execution.

“And you put in all the work in the offseason, in between starts, to go out there and try and be the best version of yourself. And that’s something you can control every time.”

After listening to what other teams had to offer, however, Strasburg decided to stick with the Nationals, signing a 7-year/$245M deal that will effectively keep him in Washington for the rest of his career.

“I think for Stephen it was about family first,” his agent, Scott Boras, told reporters at the Winter Meetings after the agreement was official. “He has two beautiful young daughters, and he wanted to make sure he could situate them most comfortably as his career began really a contract of this length, at this time in his career.

“I think the second part of it was winning. And his teammates. He spoke throughout the process about his teammates and what it meant to play with them.”

Strasburg’s manager for the last two seasons didn’t think there was any chance he would end up anywhere else.

“It wasn’t a question,” Davey Martinez said last week. “I really felt that, if things go all right, that he’ll be back. I know he bought a house in D.C. For me, I felt like he wanted to stay or it’s just a matter of logistics.”

“So for me, like I said, I couldn’t see him going somewhere else. I really couldn’t. I really felt like his heart was here.”

“I must say that for Stephen,” Boras explained, “for him to establish a legacy and wear the curly-W for his career was something that was very important to him, and I think it was because he knew that people in this organization cared deeply about him and always cared about his interests and interests of his family, and because of that he decided to stay at home and stay in one uniform and remain a Washington National for the remainder of his career.”

The Nationals and their ‘09 No. 1 overall pick will make it official with a press conference in the nation’s capital tomorrow morning.