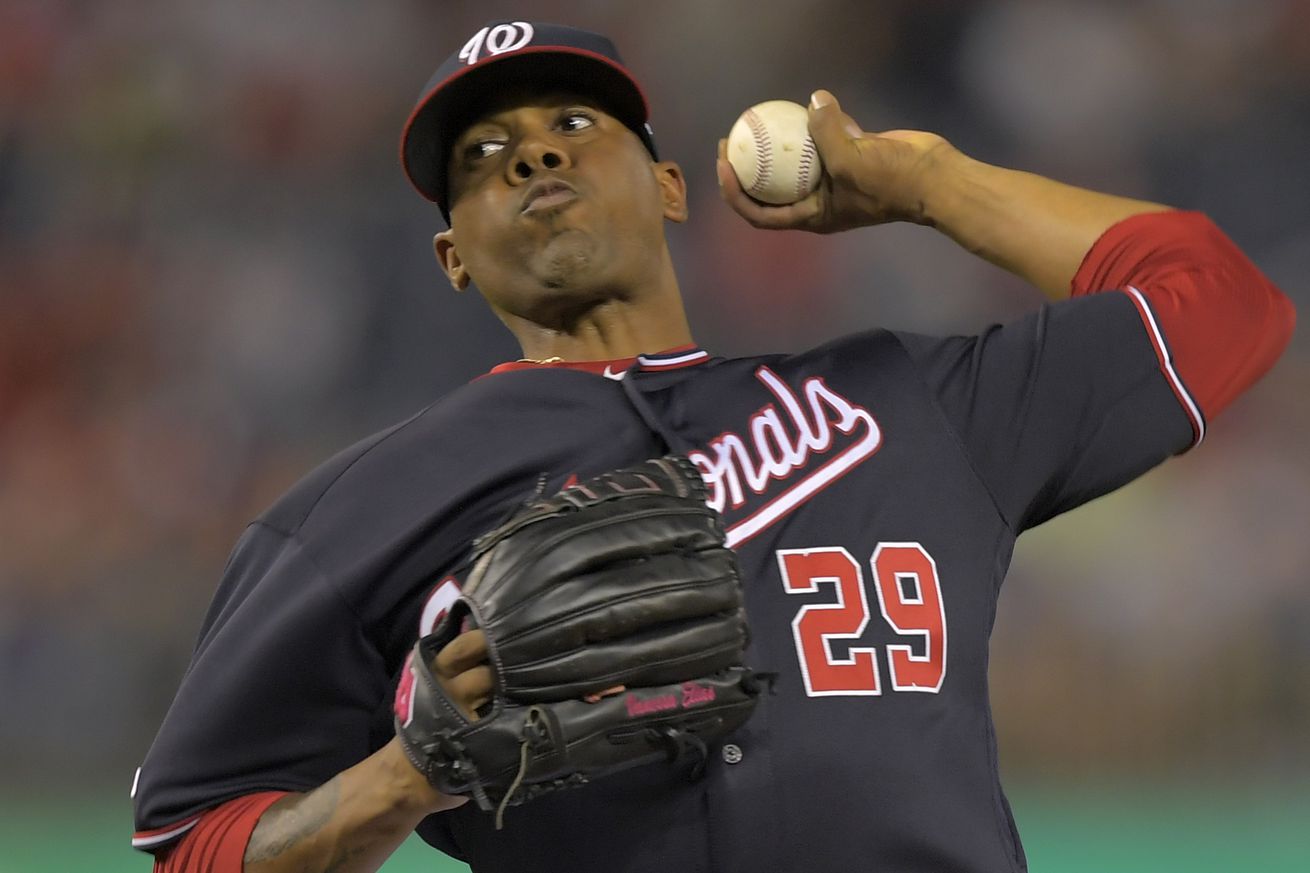 Roenis Elìas didn’t pitch much after the Nationals acquired him, but he will be part of the bullpen in 2020.

Nationals’ GM Mike Rizzo, acknowledging the reliever’s reverse splits, said his numbers vs left-handers with the Mariners were not indicative of his career stats.

“His splits for his career are almost identical and we feel that he’ll be very effective against lefties and righties,” Rizzo told reporters.

“He’s a guy who has pitched multiple innings in the past,” Rizzo added. “He has saved a bunch of games for the Mariners this year. We like that acquisition.

“He’s controllable for two seasons beyond this, and he’s a guy that we think really upgrades our left-handed side of the bullpen.”

Elías injured his hamstring after his first appearance for the Nationals following the trade, and did so while running out a ground ball when he’d been told not to swing in a rare at bat as the Nats tried to get an extended outing out of him.

After returning to the bullpen in late August, Elìas tossed 2⁄3 scoreless in his second appearance for the Nationals, but the third time out, he gave up two homers by left-handed hitters in an inning of work.

“We got to get him to get lefties out,” Nats’ skipper Davey Martinez said after that outing.

“That’s — and he understands that, we talked about it when he got here. He threw a lot of fastballs, he’s got a good breaking ball, really good changeup, he can throw both to lefties and righties, and we want to see him throw more to lefties, and that’s something that we’ll talk to him about here in the near future, but he’s got to use all his pitches, because he’s really good stuff, really good stuff.”

Earlier this week, the Nationals tendered a contract to the lefty, who avoided arbitration and signed a 1-year/$910,00 with the Mariners last winter and is projected to get a raise to close to $1.9M in 2020 by MLBTraderumors.com.

In spite of the lack of activity for the lefty in August and September, the Nationals did put him on the NLCS roster in October.

“I watched him throw a couple bullpens, a couple sides, and he threw the ball really well,” Martinez explained when asked about the decision before the matchup with the St. Louis Cardinals.

He was never used in the four-game sweep of the Cards and was left off the World Series roster.

Will the Nationals be able to straighten things out for Elías vs lefties over the winter and in Spring Training?