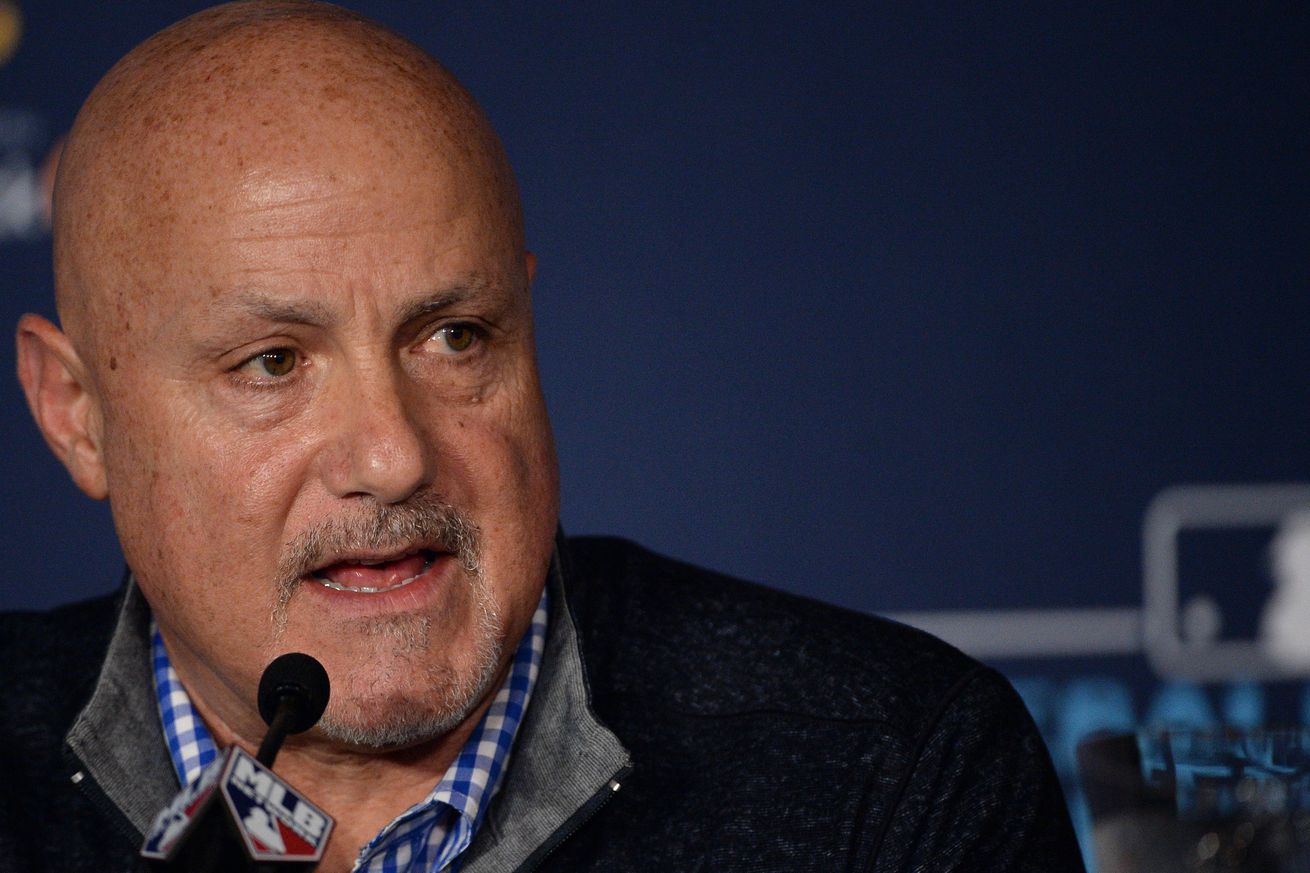 Washington Nationals’ GM Mike Rizzo talked on Monday about what the 7-year/$245M deal with Stephen Strasburg means in terms of pursuing Anthony Rendon this winter?

So… what does the 7-year/$245M deal the Washington Nationals and Stephen Strasburg agreed to on Monday mean for the Nats’ pursuit of free agent infielder Anthony Rendon?

How does the length contract, and the value of it, affect the Nationals’ pursuit of Rendon, who, MLB Trade Rumors predicted, will get something like a 7-year/$235M contract from someone in free agency?

“You look at the history of the Nationals,” Rizzo explained, “… and the way we’ve positioned ourselves and the details of the [Strasburg] contract and the way that it’s structured, this ownership group has never shied away from putting the resources together to field a championship-caliber club. I don’t see them in any way hindering us from going after the elite players in the game.”

“I think that Anthony Rendon is … one of the players that is most near and dear to my heart,” Rizzo said, “… a guy we’ve drafted, signed, developed, watched turn into a superstar, playoff success, and a huge part of the world championship run that we went on. So he’s a guy that we love.

“The ownership has always given us the resources to field a great team, and we’re always trying to win, and we’re going to continue to do so.”

Strasburg’s agent said leaving room to add additional players this winter was a big factor in their decision to defer some of the $245M in the pitcher’s new deal.

Strasburg, Boras said, “… made sure that he wanted to do something in this contract that allowed the team to sign the best players and to have the best teams, and he did that. So the mutuality, the intentions were there, so that allowed us to reach a deal rather quickly.”

Managing Principal Owner Mark Lerner did, of course, tell NBC Sports Washington last week that realistically, the Nationals could only afford one of Strasburg or Rendon.

“He did?” Rizzo joked with the reporter who brought up Lerner’s comments on Monday.

“Well, when you look at those comments,” the GM continued, “… and then you look at the structure of this particular deal and the structure of deals we’ve had getting up to where we are right now, I think that Mark [Lerner] realizes that there’s ways to fit players in, there [are] ways that you can field a championship-caliber roster — and, again, the resources have always been there, so I don’t expect that to change.”

So that’s not a no-no, but not a yes either, as to whether or not they can afford to re-sign Rendon as well, but they’ve put themselves in a position to build a championship-caliber roster for the defense of their World Series title.

“We haven’t discussed those parameters yet,” Rizzo said on Monday. “Suffice it to say that this [Strasburg contract] is an important deal for us to get done. It’s kind of the stepping stone of the beginning of our offseason. We’ve got Howie [Kendrick] under contract, and now we’ve got Stras under contract. We’re kind of checking off all of our needs and all of our wants in the off-season.”

The Nationals signed Kendrick to a 1-year/$6.25M deal last week, after bringing catcher Yan Gomes back on a 2-year/$10M deal, and adding reliever Kyle Finnigan on a big league deal over the weekend.

Will they continue to spend this winter, even if it’s not to bring Rendon back to D.C.?

“I just go back to the point that it’s all about asset allocation, and I think that the ownership has been very fair with the resources that they’ve given me to field a good team, and the proof’s in the pudding. We put together a good, solid, competitive team for the last eight years. We won four division titles. We won a Wild Card title, and we won the World title.

“So we’re in a good position to continue that, and I think that with the support of our ownership, we’re in good stead.”