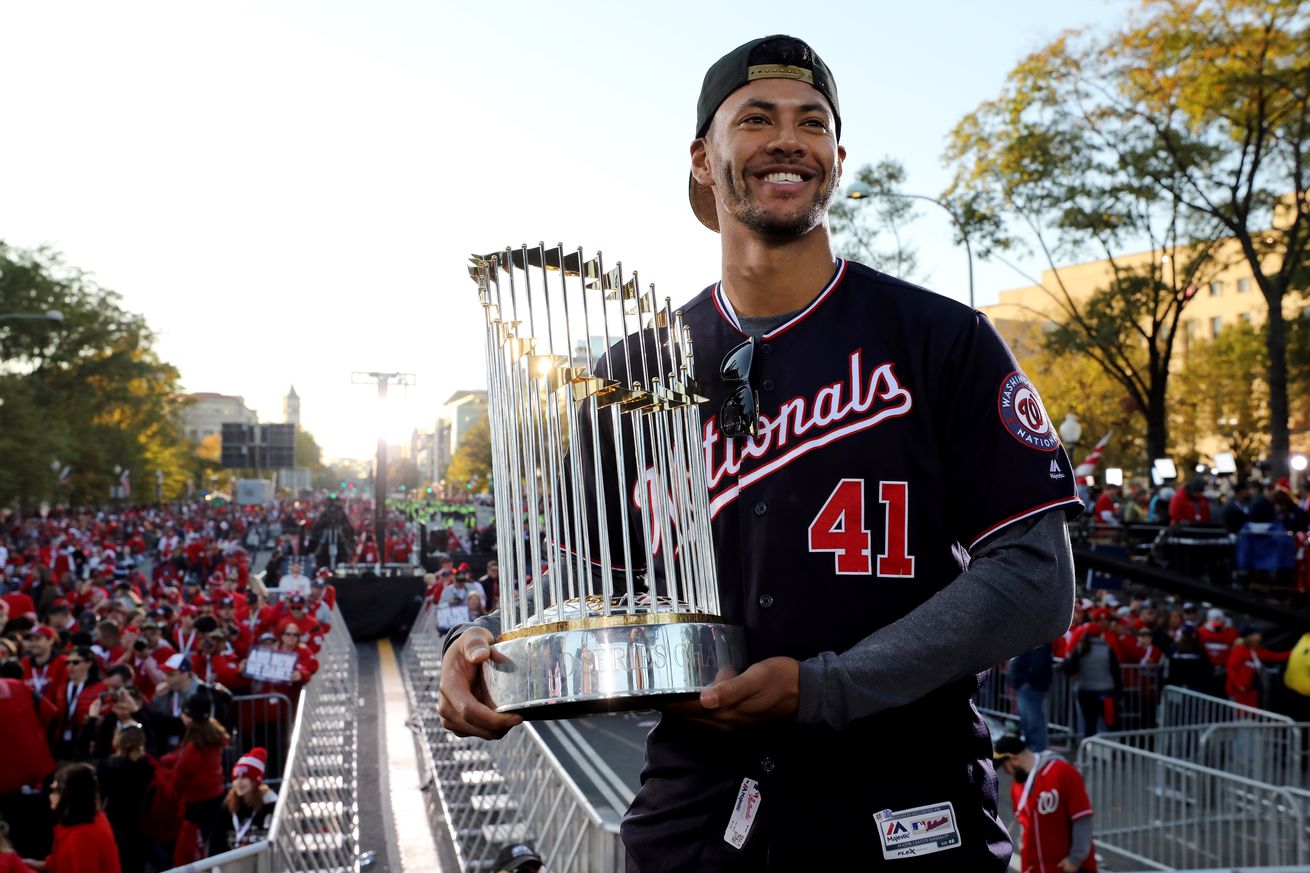 Joe Ross worked out of the bullpen and in the rotation in 2019, and the Nationals view him as a starter long-term, but where does he fit in Washington’s plans in 2020?

Washington Nationals’ starter Max Scherzer expressed confidence in Joe Ross when the 26-year-old right-hander was named as Scherzer’s replacement in Game 5 of the World Series, when the Nats’ ace had a nerve issue in his neck that wouldn’t allow him to take the mound.

“Watching Joe Ross pitch the other night,” Scherzer said, referring to two scoreless innings Ross threw out of the bullpen in Game 3, “I thought he looked extremely polished in what he was able to do. So in our clubhouse we just believe the next guy up can always get the job done. Right now it’s come down to Joe.”

“To get the start, obviously, is a big deal,” Ross said before Game 5.

“And thinking that Max is going to be out here, one of our horses to go, but once I got the call to go, I was ready to go.”

Ross ended up going five innings in Game 5 of the Fall Classic, giving up a total of five hits, two walks, and four earned runs in the Nationals’ 7-1 loss to the Astros.

His mentality in that outing?

“Just kind of go out, execute, nothing really changes as far as mentality for the game. I like to pitch [aggressively], pitch inside, and that’s what I did to try to minimize the damage.”

Ross started the 2019 campaign in the Nationals’ bullpen, but the right-hander struggled to an 11.05 ERA in 17 games between April, May, and June.

He was sent to the minors to stretch back out, and when manager Davey Martinez summed up the pitcher’s season in September he said the organization still believes that Ross will be a starter long-term.

“For me, moving forward, he’s going to be a starter for us in the future,” Martinez said. “The biggest thing is to really keep him healthy moving forward.”

“I love his stuff,” the manager added, “and I think he’s starting to figure out his true identity and how he wants to attack hitters, which is really nice.”

“It’s definitely been a journey,” Ross said of a year spent moving back and forth between the bullpen and rotation.

“I think early on, I was definitely out of the bullpen using a lot more four-seams,” Ross told reporters late in the regular season.

“Coming in in certain situations where you don’t have the luxury of working with the sinker and trying to find the feel, so kind of going back and forth with that, and then getting back in the starting spot, and just trusting the sinker, and trying to get the ground balls, and carry myself deeper into the game definitely helped.”

“I feel like working with a bunch of the guys, outside of just the pitching coach,” Ross said, “with Stephen [Strasburg] and Max [Scherzer] and Aníbal [Sánchez] and everything, so it’s been a process, but I feel good and feel like I’m getting stronger as the year’s been going.”

Ross experienced right forearm discomfort in early September, which led to him being shut down for a period of time, but he was able to return to the mound and got to start when he was needed in the World Series, ending the 2019 season on a positive note even though he and the Nationals lost Game 5 before rebounding to take Games 6-7 and win it all.

What does the future hold for Ross? Will he earn a spot in the rotation in Spring Training?

Two years removed from Tommy John surgery, will he finally put it together and show he can hang around at the back-end of the big league rotation for a full season?

Is Ross, who if projected to earn around $1.4M in 2020 after he avoided arbitration with the Nationals last winter, agreeing on a 1-year/$1M deal, a potential trade chip if the Nats’ front office has to deal to fill the needs on their major league roster for the upcoming season?