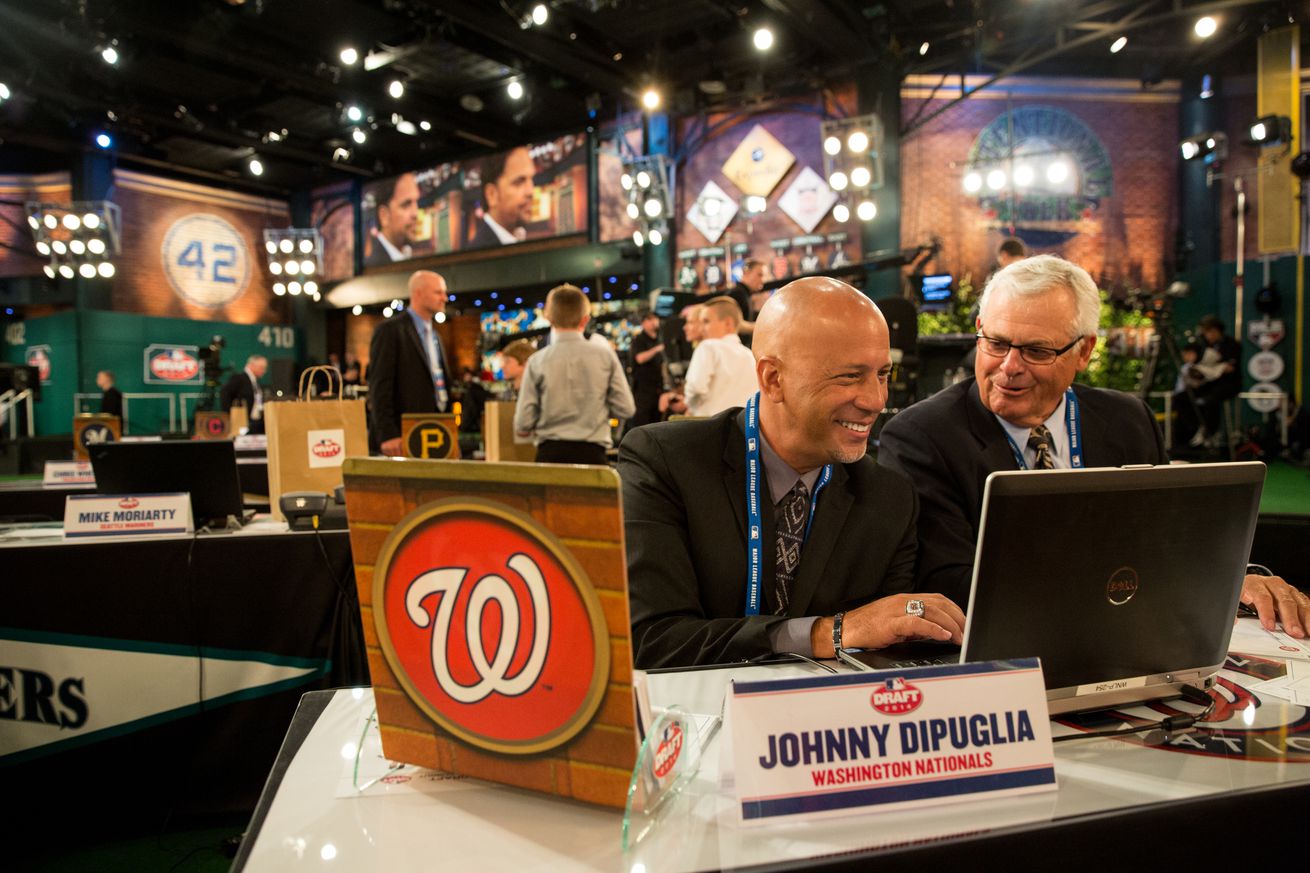 The biggest news of the day on Wednesday? Washington’s Nationals officially announced the promotions of both Johnny DiPuglia (to Vice President, Assistant General Manager of International Operations from his role of Vice President of International Operations) and Mark Scialabba (from Director of Player Development — since 2013 — to Assistant General Manager of Player Development). While they don’t get as much press as others within the organization, both have played crucial roles in building up the minor league system and developing the prospects the Nationals have drafted and signed over the years, and they got hard-earned promotions after this year’s World Series win.

Also, Fernando Abad is back in the organization on a minor league deal. Not a bad addition.

How the Nationals can solve their familiar fifth starter problem – (WaPost)
“The plan right now seems to a rerun of last season: Let Joe Ross, Erick Fedde and Austin Voth battle it out.”

Nats announce promotions for DiPuglia and Scialabba – (MASN)
“[Johnny] DiPuglia was named the 2019 International Scout of the Year by the Scout of the Year Foundation. He has had a hand in the signing and development of Juan Soto, Victor Robles, Wander Suero, Wilmer Difo, Raudy Read and others.”

In the end, trust brings Stephen Strasburg ‘home’ to Nationals – (NBC Sports Washington)
“Max Scherzer doesn’t pitch many free agents. He talks to guys he knows. If the front office asked him to reach out, he would, it just doesn’t generally happen.”

Washington DC sports fan celebrate banner year for teams – (Sports Illustrated)
“The idea is as old as the team: The Nationals don’t have real fans. It started at the franchise’s birth, in 2005, and, at least outside the Beltway, it has stuck.”

The Three Batter Minimum Rule Barely Matters – (Fangraphs)
“If the Indians play an average opponent, the rule saves 0.42 pitching changes per game. If they play the Nationals, it’s just over half a change per game.”

Nationals To Sign Fernando Abad – (MLB Trade Rumors)
“Abad, who turned 34 yesterday, appeared in 21 games with the Giants in 2019, totaling 13 innings of 4.15 ERA ball with nine strikeouts against three walks.”

How Stephen Strasburg’s contract affected the Yankees’ negotiations with Gerrit Cole – (NBC Sports Washington)
“According to a story by Brian Fonseca of NJ.com, Boras had the Yankees hold their final offer to Cole for an extra day because of some new information that would factor into New York’s decision making.”

The 10 most successful franchises of the decade – (MLB.com)
5) Washington Nationals – 1 world championship, 5 postseason appearances: The Nationals had the fourth-most wins in baseball this decade, the third-most postseason appearances and some of the greatest players in the sport, with MVPs and Cy Young/Rookie of the Year winners everywhere.”

The Phillies Have Been Putting Together an Infield With a Bunch of Pieces – (FanGraphs)
“The Phillies have been rebuilding, depending on who you talk to, since anytime between 2012 and 2015. The real question now is, when did it end?”

The Braves and Nationals both want Josh Donaldson. @StevePhillipsGM: Jump in there #Phillies! pic.twitter.com/O7iSQgV5Yv

If the Mets want to add bullpen depth, maybe they should take a look at ex-Yankee Chance Adams – (New York Daily News)
“Barring dramatic bounce-backs from numerous relievers, especially Edwin Diaz and Jeruys Familia, the Amazin’s will need significant contributions from pitchers that aren’t on the current 40-man roster to stand a chance at grabbing a playoff spot in 2020.”

These could be next moves for NL East teams – (MLB.com)
“Braves: Find a big bat – It’s been no secret since the offseason started that this was the top priority for Atlanta.”