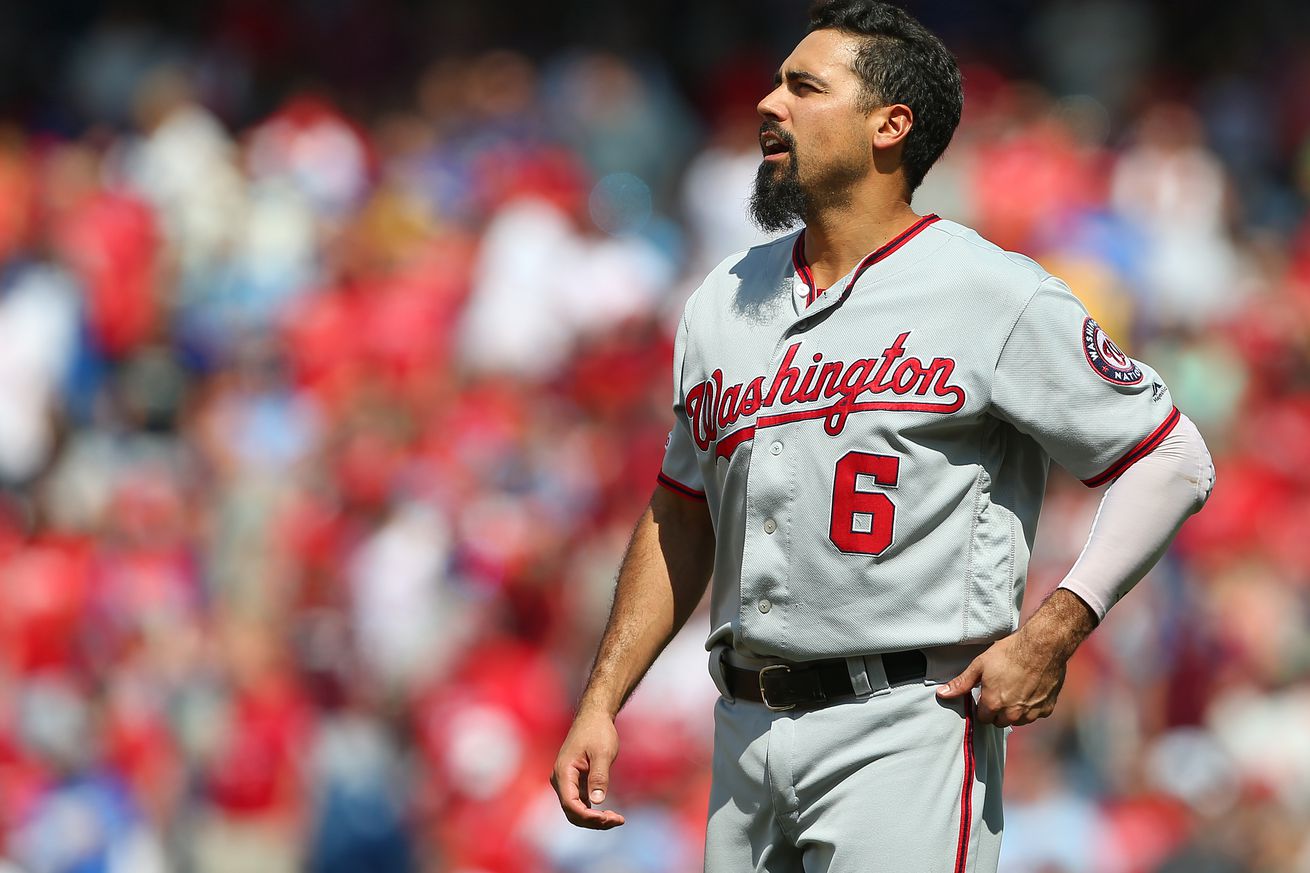 Howie Kendrick is back with the Nationals (pending a physical). Anthony Rendon is among the players the Phillies are interested in, “luxury tax be damned,” as Bob Nightengale put it. Stephen Strasburg met with the Yankees, who are convinced he’ll return to Washington on a new deal. The Winter Meetings officially start tomorrow.

What will Mike Rizzo and Co. do out in San Diego? We’ll find out this week. Go read your links…

Nationals finalizing deal to bring Kendrick back in 2020 – (MASN)
“The Nationals are finalizing a deal with Howie Kendrick to bring the postseason hero back for at least one more season.”

Howie Kendrick’s 6 best moments of the 2019 season – (NBC Sports Washington)
“Kendrick was limited to just 121 games during the regular season but played an important role for the team in the playoffs with some hits that will forever live in Nationals lore.”

Howie Kendrick agrees to one-year deal with Nationals – (WaPost)
“Kendrick will turn 37 in July. He has a lengthy injury history that includes tearing his right Achilles’ tendon with the Nationals in 2018, and he had a series of hamstring issues this past spring.”

Kendrick staying with Nationals (source) – (MLB.com)
“The Nationals are bringing back one of the most important hitters from their World Series run, reaching an agreement to sign veteran Howie Kendrick to a one-year contract worth $6.25 million…”

Yanks enjoyed their meeting with Strasburg but still would be surprised if he left the Nats. Washington, too, has seemed more confident in Strasburg than Rendon

Howie Kendrick and Nationals Aim for a Repeat – (FanGraphs)
“Kendrick put on a good show in the postseason as well, winning the NLCS MVP and then hitting a two-run homer in Game 7 of the World Series that gave the Nationals a lead they would not surrender.”

The #Phillies, luxury tax be damned, are going all in, and plan to pursue free-agent 3B Anthony Rendon. https://t.co/aO2XMU0JPw

Owner Mark Lerner Is Lying About The Nationals’ Financial Flexibility – (Forbes)
“That is a whole lot of cash. And the Nationals can certainly afford both salaries. Lerner, stating the opposite, is lying. Period.”

Daniels, Rangers gearing up for major additions https://t.co/KooQdhuJyM via @MLB Rendon would be the big prize

7 teams to watch at the Winter Meetings – (MLB.com)
“To publicly announce that they can’t sign both Strasburg and Rendon may be a negotiating tactic or a way to brace their fans for losing one of their cornerstones.”

The Marlins Had a Good Week – (Fangraphs)
“But, at least so far, the Marlins have taken a different approach. Rather than sit back and view the offseason from afar, as many other organizations seemingly do, they’ve been active…”

Braves seeking power bat at Winter Meetings – (MLB.com)
“If the Braves can re-sign third baseman Josh Donaldson, or at least gain another legitimate power threat, they will justify the significant commitments they have already made to strengthen their bullpen, rotation and the catching position.”