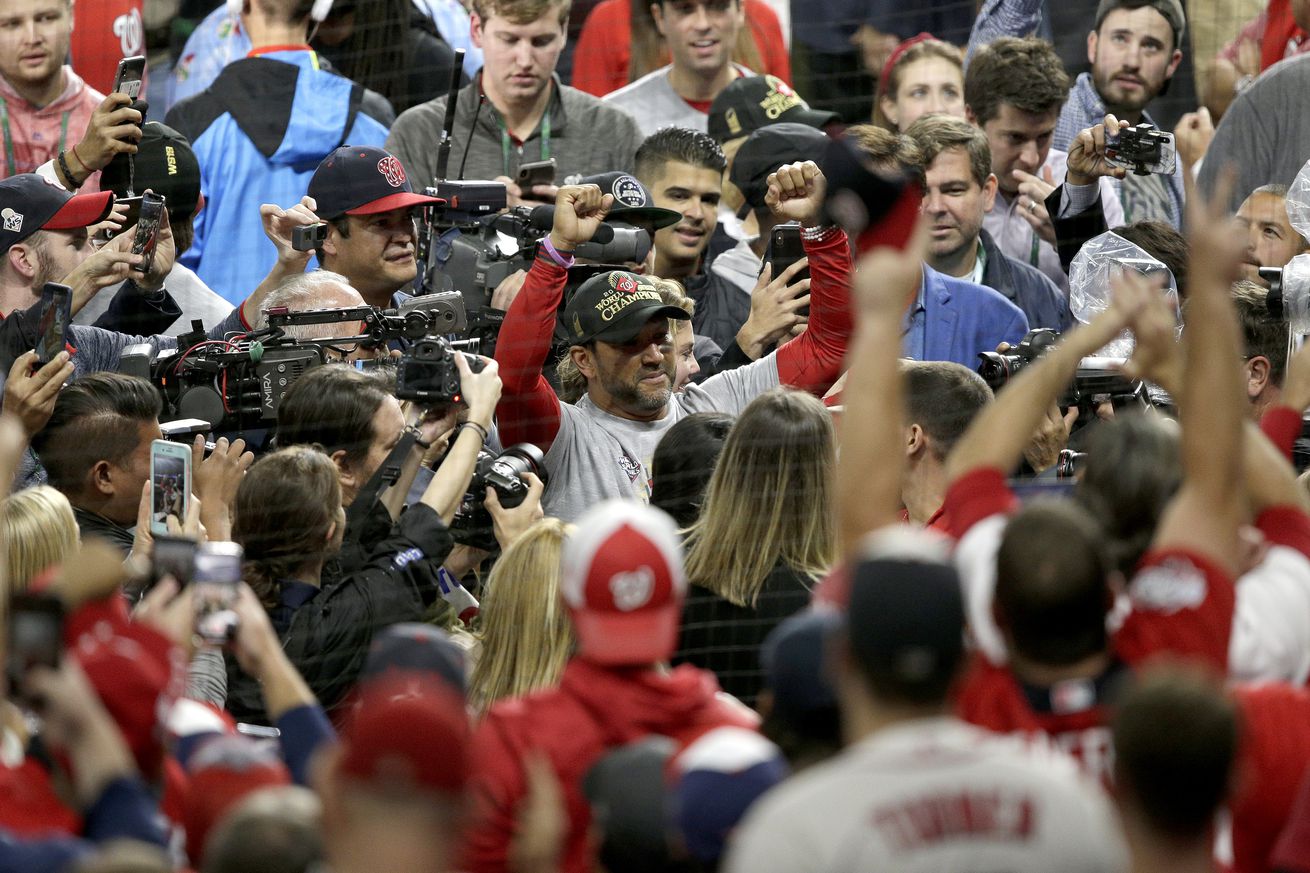 Joe Dillon is now the Phillies’ hitting coach, but the rest of the Nationals’ coaching staff is set to return for another season in D.C. The Braves keep signing players like everyone else forgot free agency started. The Dodgers have expressed interest in both Anthony Rendon and Stephen Strasburg (with limits, however, reportedly). Catch up on the last few days in Nats news.

Nationals once again emphasize coaching staff continuity – (WaPost)
“’It’s important for us to have those consistent voices, as long as those voices were effective the first few times around,’ General Manager Mike Rizzo said at the general managers’ meetings early this month.”

Overworked early, Sean Doolittle rested and returned to form late – (MASN)
“For four months, the Nationals had only one sure thing in their bullpen.”

Aníbal savoring title after near misses – (MLB.com)
“After making the playoffs four times with the Tigers and the Braves, the Venezuelan-born righty got his first ring this year with the Nationals, who beat the Astros in seven games to secure their first championship in franchise history.”

Like his team, Sánchez turned season around and won big – (MASN)
“The Nationals seemed to be gambling when they gave Sánchez a guaranteed two-year deal last winter. It doesn’t look like such a gamble now.”

Dodgers are looking at Gerrit Cole, Stephen Strasburg and Anthony Rendon. But while they can afford to go big, word is they have set valuations for each star and intend to remain disciplined.

Not all changeups are created equal; seam shifted wake baffles hitters – (Phys.org)
“While changing the rotation rate/axis of a thrown baseball has long been a weapon in a pitcher’s arsenal, some pitchers, like Washington Nationals star Stephen Strasburg, manipulate the baseball’s wake to create unexpected movement from a familiar delivery (his changeup).”

Here are the most comical Phillies moments ever – (MLB.com)
I thought Tommy was playing along. I didn’t know he actually was getting more mad and more upset. And then he finally came out and tackled me and started to beat me up.” – Phillie Phanatic

Canó praises Mets’ ‘great hire’ in Beltrán – (MLB.com)
“Canó was traveling in Europe when Beltrán’s hiring was announced on Nov. 1. He says he reached out to congratulate Beltrán, but that there has not been much communication between them since.”