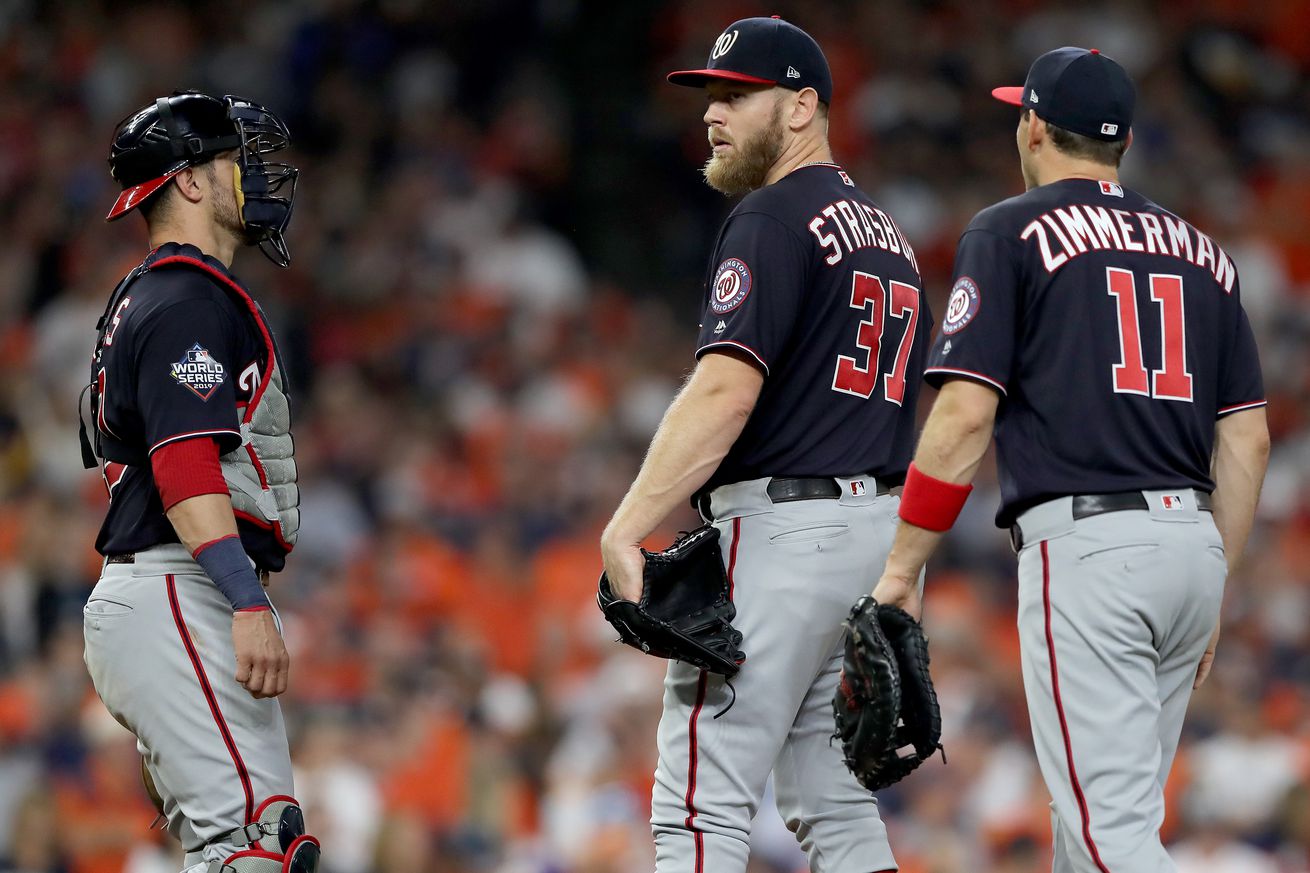 You didn’t think the Orioles’ ownership was just going to settle up with the Nationals and end the years-long MASN dispute, did you? Of course not, we’re all knowledgeable fans, with no illusions about how things work these days, right?

What should all we make of Ken Rosenthal’s suggestion that the Nats think that they have a better shot with Stephen Strasburg than Anthony Rendon? He also touches on all the other holes that will need to be filled before the 2020 campaign (and there are a bunch of them).

“The whole thing hinges on the Strasburg-Rendon equation.” @Ken_Rosenthal puts on his GM hat and looks at the @Nationals. #MLBNHotStove pic.twitter.com/8hBLoe8pGQ

MASN payment to Nats put on hold pending Orioles’ appeal – (Washington Times)
“The Washington Nationals aren’t getting their more than $99 million payment from the Mid-Atlantic Sports Network quite yet.”

Laugh at the funniest moments in Nats history – (MLB.com)
“The moment was instantly enhanced by the exasperated call of longtime radio broadcaster Charlie Slowes: ‘What was Nook Logan thinking? What was he watching? Where was he going?'”

First time ever: Vote Nats onto All-MLB Team – (MLB.com)
“Who was the best player in baseball at each position during the 2019 season? On Monday, Major League Baseball revealed a plan to try and answer that question with the inaugural All-MLB Team.”

MLB rumors: New ‘highest bidder’ emerges for ex-Met Zack Wheeler – (nj.com)
“[Zack] Wheeler won’t set the market for pitchers, but he should cash in once the top arms in free agency, Gerrit Cole and Stephen Strasburg, sign on the dotted line.”

Inside the Women’s Sports School’s first baseball scouting weekend – (The Athletic)
“The scout school’s premise was this: to provide an opportunity for women to learn what professional baseball scouts do — to learn about a career in sports, an industry in which women are wildly underrepresented.”

The future is now. (photo via @tatis_jr on Instagram) pic.twitter.com/BZ6bn2HFeR

“We all know the kind of person Carlos is and what kind of player he was. I think he’s going to help us a lot, on and off the field.”@RobinsonCano is excited to have @carlosbeltran15 leading this club. https://t.co/tXc2nRrhsC

Jeter seeking ‘responsible’ approach to roster – (MLB.com)
“The Marlins are open to making significant upgrades to their big league roster. But CEO Derek Jeter repeated on Monday night that any additions must fit into the long-term picture of where the club is headed.”

Braves Say Yes to Travis d’Arnaud – (Fangraphs)
“The McCann/Flowers combo worked well because the lefty McCann and the righty Flowers could platoon. That won’t be the case next year, as d’Arnaud bats right-handed as well.”