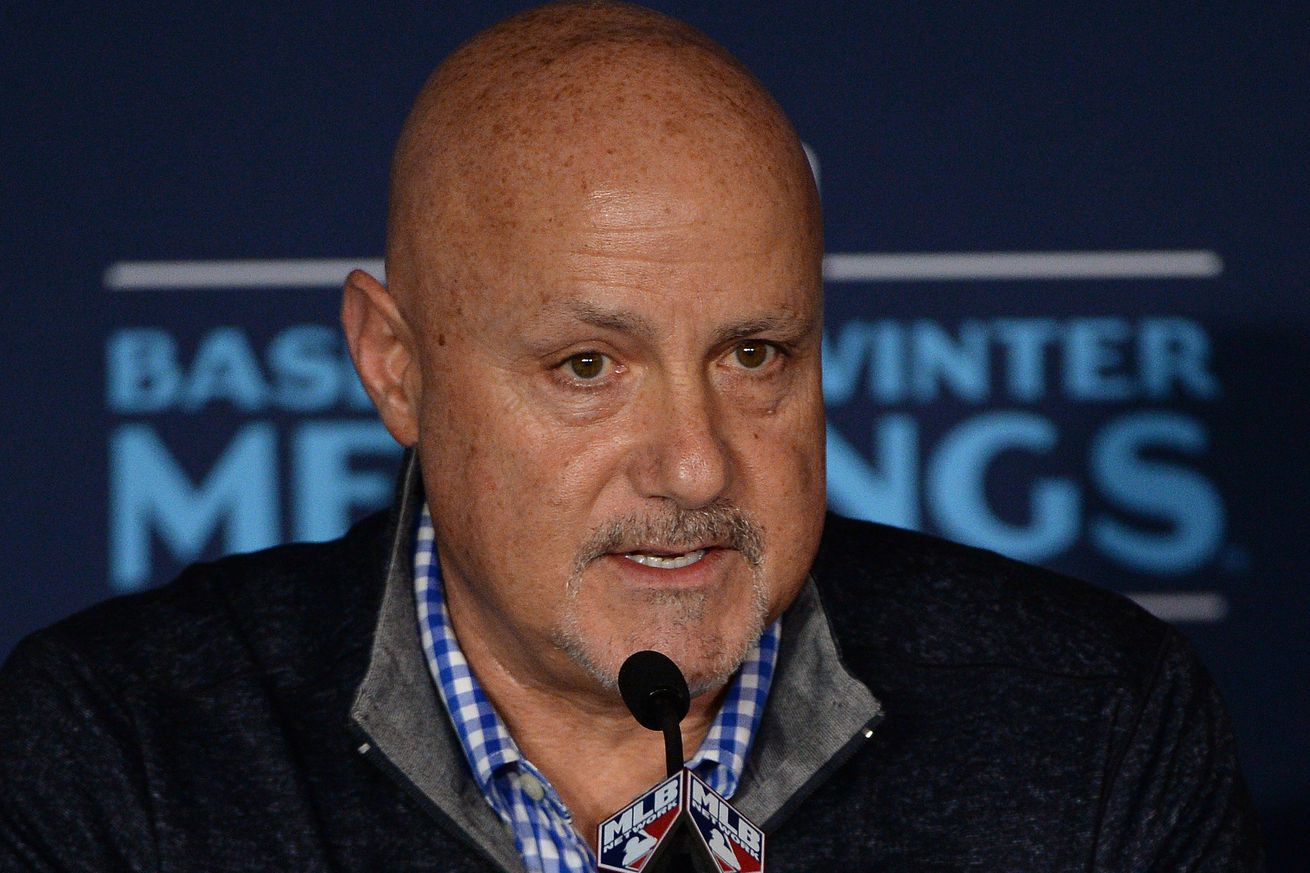 Stephen Strasburg is lobbying Anthony Rendon and the Nationals’ ownership in an attempt to get the 29-year-old, 2011 1st Round pick back in Washington, D.C. for another run. Agent Scott Boras says that there are seven-year deals on the table for Rendon, one of which is an offer from the Nationals, presumably, who reportedly put a 7-year/$210-$215M offer out all the way back in September. Is that still on the table after Strasburg signed for 7/$245? Will the Nationals “pivot” to another option like Josh Donaldson if they don’t think Rendon is in for the long-haul in the nation’s capital? Go read your links…

Strasburg making direct pitch to Rendon, Nats to sign new deal – (MASN)
“If Rendon somehow winds up rejoining the Nationals, though, Strasburg may play a key role in making it happen.”

GM Mike Rizzo on whether the Nats could sign Gerrit Cole: “With the Nationals, you never know what we’re going to do. We’re very unpredictable.”

Catch the re-air of ‘Nationals Talk: Winter Meetings’ at 11 pm on @NBCSWashington. pic.twitter.com/Vp1tTrcnGJ

If Stephen Strasburg staying means Anthony Rendon leaving, the Nationals will be fine – (WaPost)
“At least now Strasburg should pick up the tab for his own statue in front of Nationals Park someday — presumably 60 feet 6 inches from Walter Johnson’s big bronze.”

With or without Rendon, Nats have infield spots to fill – (MASN)
“There have been rumblings out of Chicago that the Cubs could be shopping Kris Bryant (another former MVP), but a source familiar with the Nationals’ discussions said that’s not currently on their radar.”

Rizzo wants to improve bullpen now, not next summer – (MASN)
“Somehow, it worked. The Nationals’ bullpen didn’t give up a lead in the seventh inning or later the entire postseason. But it’s not necessarily an approach the organization wants to try to duplicate in 2020.”

The Nationals remain interested in Josh Donaldson, according to multiple people, and are ready to pivot to Donaldson as a replacement for Anthony Rendon at third base.

Against All Odds, Stephen Strasburg Is A Good Bet To Pitch His Entire Career For the Nationals – (Forbes)
“When you get down to it, Stephen Strasburg has pitched for two of the 31 major league baseball clubs for his entire professional career: the World Champion Washington Nationals, and Team Scott Boras.”

Why Stephen Strasburg’s contract is worth the big price tag to the Nats – (SBNation.com)
“Washington’s starting rotation is its greatest strength, and a Strasburg-sized hole would have been difficult to fill.”

Boras: Contenders for Anthony Rendon offering seven years – (Fort Worth Star-Telegram)
“Rendon, though, is currently commanding most of the Rangers’ attention, and Boras said on Tuesday that the action is picking up.”

Major League Baseball managers don’t like new pitching rule for 2020 – (CNBC)
“Washington Nationals manager Dave Martinez, who just led his team to a World Series title in October, said the rule change is ‘going to be hard’ for teams.”