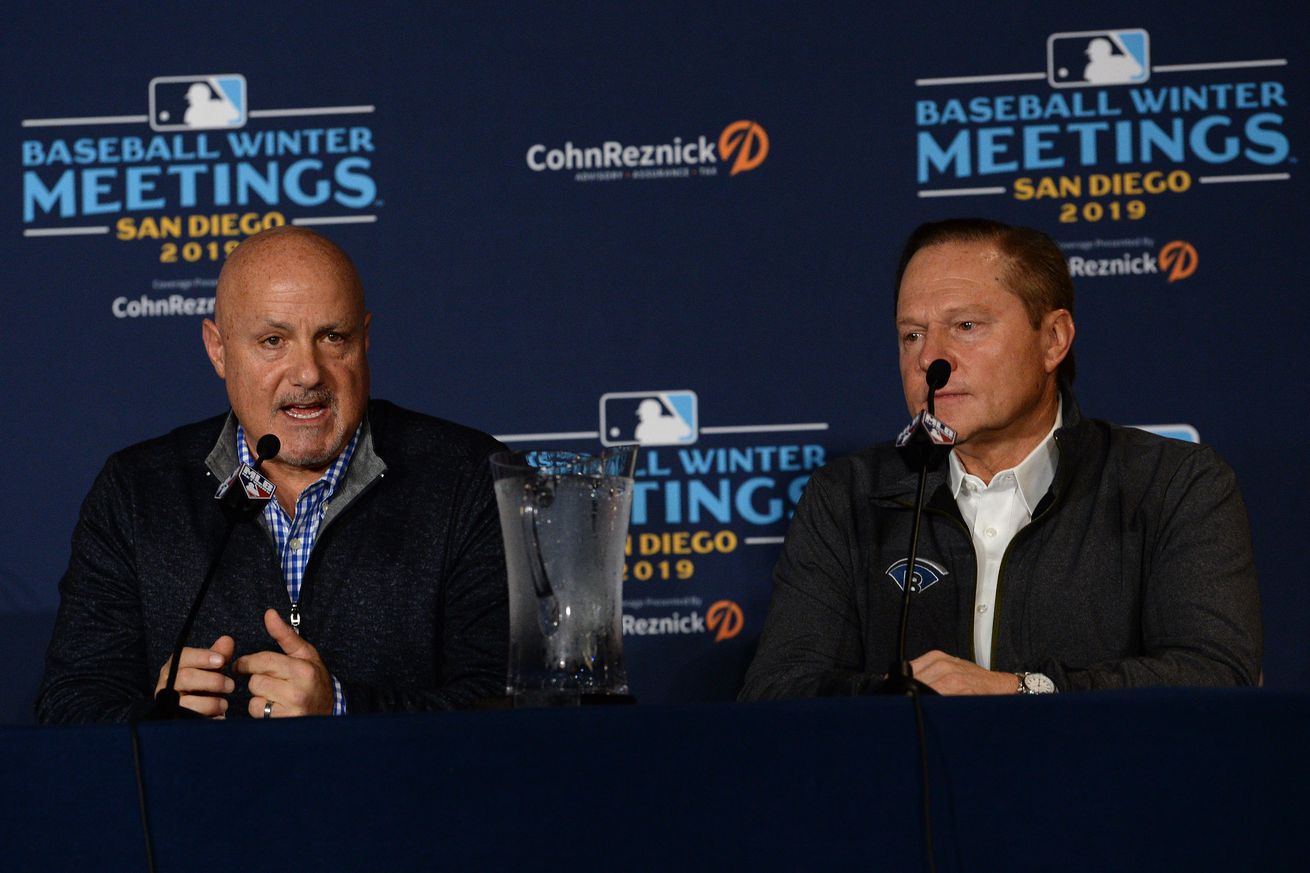 Catch up on the last 24 hours in Nationals news while we wait to see what Mike Rizzo does next at the Winter Meetings.

Stephen Strasburg is staying in D.C.!!!! Anthony Rendon? The Nationals aren’t ruling out the possibility, though most opinion-havers out there seem to think it became significantly less likely after Washington’s 7-year/$245M deal with Strasburg was announced. Both GM Mike Rizzo and Strasburg’s agent, Scott Boras, noted in yesterday’s press conference that the big deal with Stras is structured to allow the Nats to add what they need to build a team that is capable of contending. What’s next for Rizzo and Co. in the Nationals’ front office?

Forget the old narrative: D.C. is Stephen Strasburg’s home for life – (MASN)
“Strasburg first made his intentions clear in May 2016 when he signed his first seven-year extension with the Nationals, only months before he would have been eligible to become a free agent.”

Stephen Strasburg, Nationals agree to 7-year, $245 million contract – (WaPost)
“The contract is the largest ever for a pitcher in both total and average annual value ($35 million).”

“We couldn’t see life without him.” @Nationals GM Mike Rizzo on bringing back the World Series MVP. pic.twitter.com/zO7khGWvzr

Stephen Strasburg’s contract — and how it’s viewed — shows how far he has evolved – (WaPost)
“In its second-biggest win in the past few weeks, Washington keeps the World Series MVP at home.”

Strasburg signed deal he believes won’t hinder Nats’ other plans – (MASN)
“To hear both Boras and Rizzo discuss it, Strasburg also wanted to make sure his new deal didn’t negatively impact the Nationals’ ability to maintain a championship-caliber roster.”

With Stras signed, can Nats still target Rendon? – (MLB.com)
“Now that Stephen Strasburg is locked in to a seven-year, $245 million contract with the Nationals, the attention pivots to Washington’s other prized free agent, third baseman Anthony Rendon.”

Davey Martinez isn’t fretting about the final year of his contract – (NBC Sports Washington)
“With one year left on his three-year deal and an option for a fourth year, Nationals manger Davey Martinez is focused on taking a break after a long season and spring training.”

Juan Soto dressed like Santa to surprise local Little Leaguers. They ‘were so freaked out.’ – (WaPost)
“Finally, he lowered his white beard and unveiled a well-known face. It was Juan Soto, dressed as Santa as a surprise for 10 unsuspecting little leaguers.”

Uh, why is Santa doing the Soto Shuffle? https://t.co/S1ZlxnbqMp

Shortened Offseason Good For Washington Nationals Manager Davey Martinez’s Heart – (Forbes)
“Washington’s chances of getting back to the Fall Classic also got a little bit better Monday when the Winter Meetings began at the San Diego Manchester Hyatt.”

Washington Nationals’ Stephen Strasburg deal validates 2012 shutdown – (USA TODAY)
“It was the most painful, and controversial decision of Mike Rizzo’s career as GM of the Washington Nationals, and seven years later, it has become a stroke of genius.”

The Washington #Nats players, in a classy move, awarded parts of their World Series shares to all of their scouts and minor league personnel. It was the first time Manager Davey Martinez said he heard of such a gesture.

Washington Nationals World Series title: How Florida father, son pitched in – (Florida Today)
“Dr. Bruce Thomas of Indialantic, one of the Nationals’ physicians, and his son, Ryan, a Melbourne High graduate who is the team’s assistant director of minor league operations, were vital pieces to the puzzle and their celebrations are only beginning.”

Stephen Strasburg Signing Opens Path For Carter Kieboom With Washington Nationals – (Baseball America)
“While the announcement was a joyous occasion for the franchise, an unspoken consequence of the deal is it means third baseman Anthony Rendon likely will not be returning to Washington.”

Source: Javy Guerra re-signs with Nationals on a minor league deal. Makes $1 million with another potential $500K in performance bonuses if in majors.

The Ringer’s 41 Favorite Sports Moments of 2019 – (The Ringer)
“Howie Kendrick’s go-ahead home run in the seventh inning of World Series Game 7, which boosted the eventually victorious Nationals’ win expectancy from 29.5 percent up to 64.2, was the biggest hit of this MLB season.”

Nats inquire about trade for Bryant (sources) – (MLB.com)
“In fact, the Nationals have made an initial inquiry to the Cubs about trading for third baseman Kris Bryant, sources say.”

Sources: #Nats have inquired to #Cubs about a possible Kris Bryant trade, in the event they fail to re-sign Anthony Rendon. Story: https://t.co/GnC1szhNaw @MLBNetwork @MLB