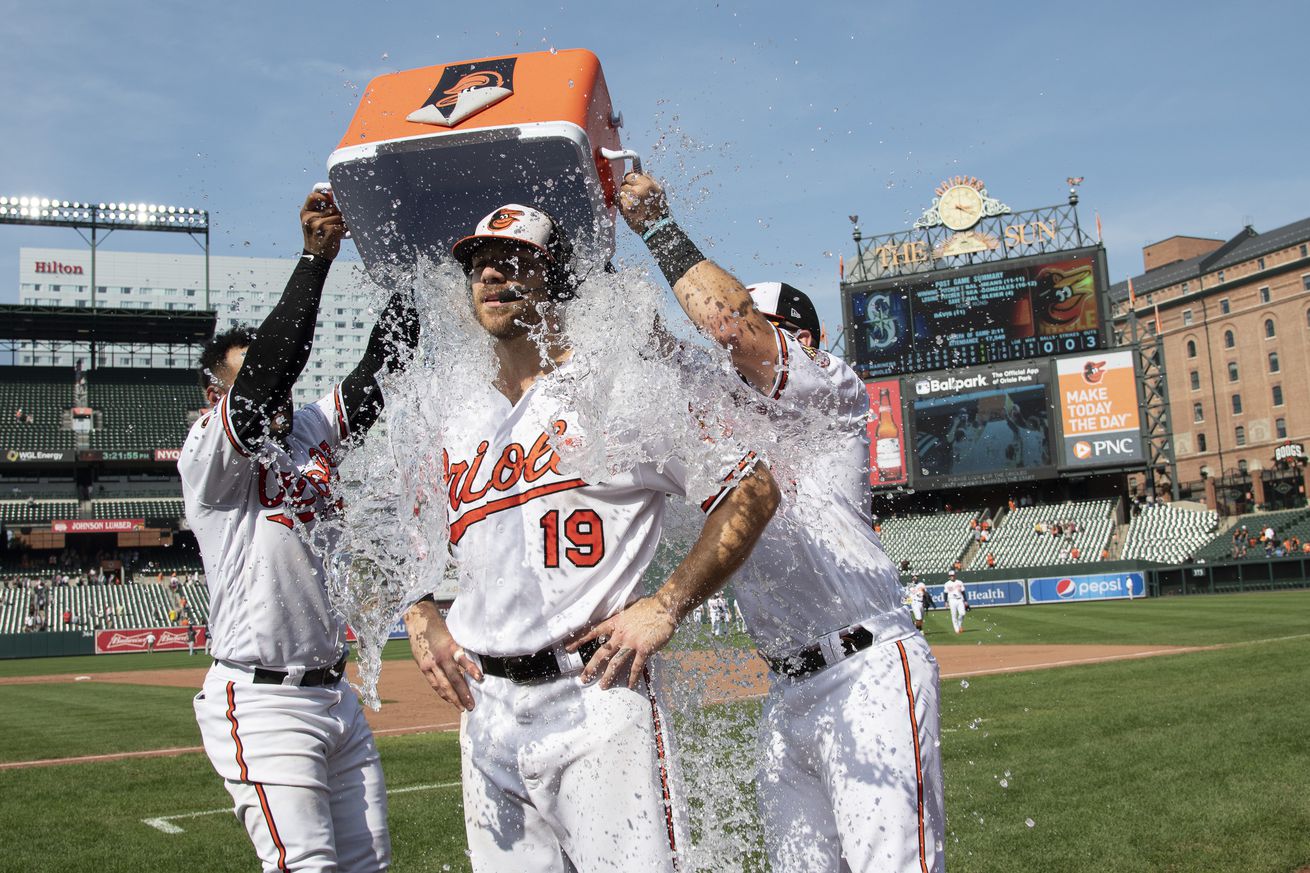 We are all doing what we can to stay in baseball-viewing shape.

As we all remain in limbo regarding the future of professional baseball and society at large I have discovered a few different ways to get my baseball fix. I thought it would be nice to share them here, and if any of you have additional options feel free to share them in the comments.

OK then, here we go:

What else can be do to stay in baseball-viewing shape?

Big Mike had a big year in 2019 – Steve Melewski
It will be interesting to see how this extended layoff impacts not only big league players, but the minor leaguers fighting their way up the organizational ladder. Michael Baumann was one player that took significant steps forward in 2019, and could be in position to make his Baltimore debut sometime in 2020 if all goes well. An abbreviated season likely pushes that debut to 2021.

Extension Candidates: AL East – MLB Trade Rumors
This post only mentions Trey Mancini and John Means as potential extension candidates for the O’s, but stops short of saying that the club should seriously consider such a move. For me, there is no one on the team’s current roster that warrants an extension at this time. Mancini is a good hitter but possesses a skill set that tends to age poorly. Means looked good as a rookie, but his peripheral stats are worrying. Don’t expect any extension talks with an Orioles player any time soon.

Broadcaster Geoff Arnold is eager to bring his voice to the Orioles’ 2020 season – Baltimore Baseball
Whenever the baseball season actually gets underway, the Orioles will be featuring a whole bunch of different voices and faces on their broadcasts. Geoff Arnold is one of those voices and he, fittingly, is a homegrown product from the organization’s minor league system.

Is it your birthday? Happy birthday!

Also celebrating a birthday is Lee Mazzilli, who served as the Orioles manager from 2004 until August 4, 2005. He led the O’s to an impressive 42-30 record to begin the 2005 season, but then they struggled mightily, leading to his firing. Mazzilli turns 65 today.

According to Baseball Reference, nothing else of note in Orioles history has occurred on March 25th. So, here some other baseball events that have taken place on this date:

1985 – An Illinois judge rules that the laws prohibiting the Chicago Cubs from hosting night games at Wrigley Field are constitutional.

2001 – Arizona Diamondbacks pitcher Randy Johnson accidentally kills a dove with a 95 mph fastball. (Other places on the internet indicate that this actually happened on March 24, but we are going based on BR)