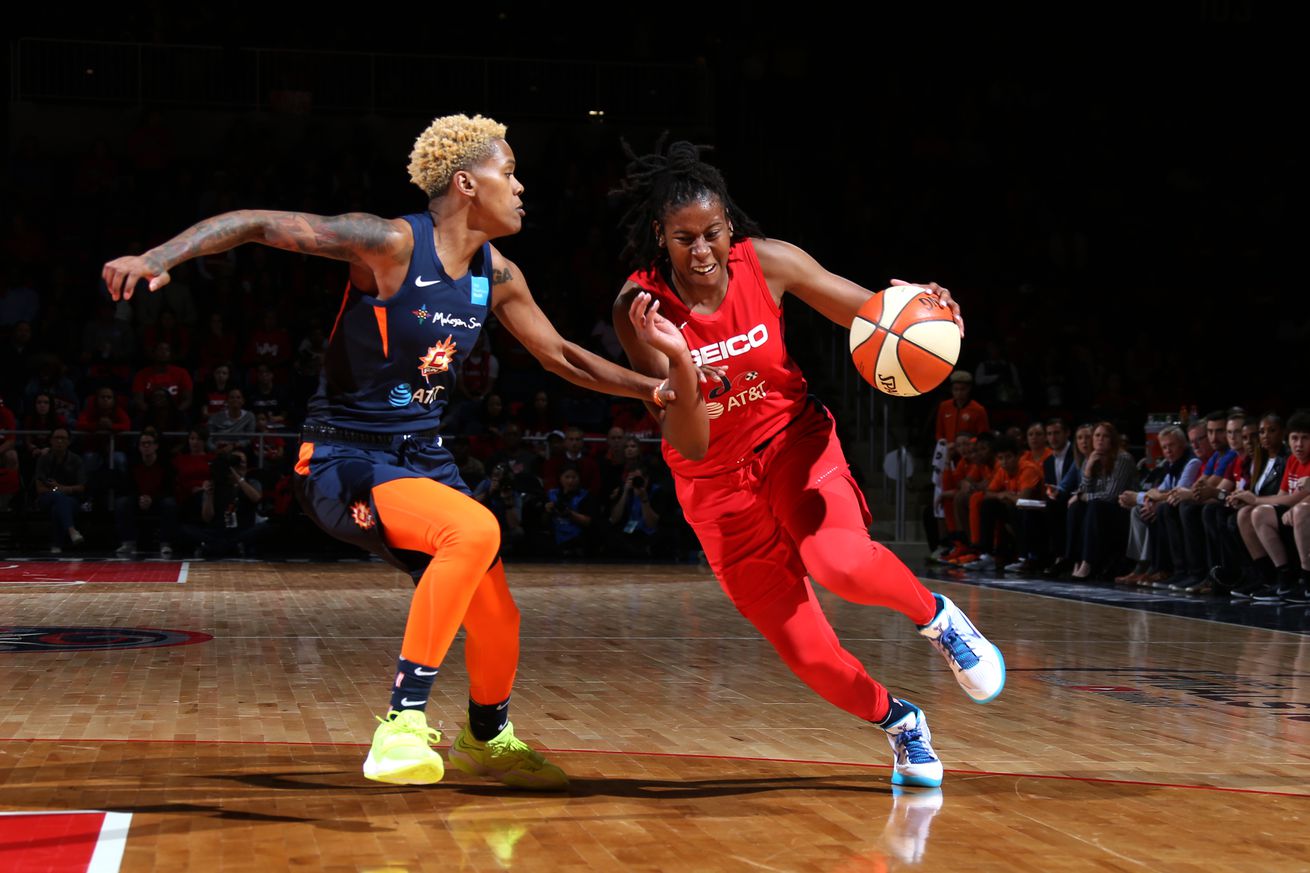 Ariel Atkins has had a bumpy start to her WNBL season for the Perth Lynx. | Photo by Stephen Gosling/NBAE via Getty Images

The Washington Mystics guard is off to a rough start in Australia’s WNBL.

The WNBA offseason is long. But that doesn’t mean that we’re going to have a consistent blind eye on the Washington Mystics during the offseason.

On the Mystics, it’s sometimes too easy to focus on Delle Donne, the franchise player; the aforementioned Meesseman, their X-factor (and playoff savior); or Kristi Toliver, who’s an assistant coach for the Washington Wizards. But Atkins is coming off her sophomore season for the Mystics, where she was an All-WNBA Defensive Second Team honoree in each of her two seasons.

Like most WNBA players, Atkins is playing abroad during the winter. She’s playing for the Perth Lynx in Australia’s WNBL. Last season, Perth was 13-8 in the regular season and lost to the eventual champion Canberra Capitals in the first round of the playoffs.

Atkins has played eight games for the Lynx (the PERTH LYNX!) this season. She’s averaging 9.3 points per game but also shooting a really low 29.1 percent from the field and 26.3 percent from three. Much of her decline happened in Perth’s last two games, where Atkins shot a combined 1-of-21 from the field. Yikes!

Before we start freaking out about Atkins losing her shooting ability, here’s why Atkins may not have had the best start to her Australian season. She suffered a back injury during the 2019 WNBA Finals and this persisted into November. Because of that, Atkins wasn’t healthy enough to start games for Perth until earlier this month.

Admittedly, I watch more EuroLeague and EuroCup games during the European women’s basketball season and haven’t had a chance to watch WNBL yet. But for now, I’m a bit surprised that Atkins is off to a poor start in Australia. The WNBL has one of the strongest leagues outside of the WNBA, but the talent level still isn’t as high.

Hopefully, Atkins gets on a hot streak sooner or later for the Lynx who are 4-8 and fifth place in the WNBL standings, or the ladder in Australian English. At the same time, I also hope she doesn’t exacerbate her injury from last fall, which could set Washington back as they look to repeat their championship run next year.