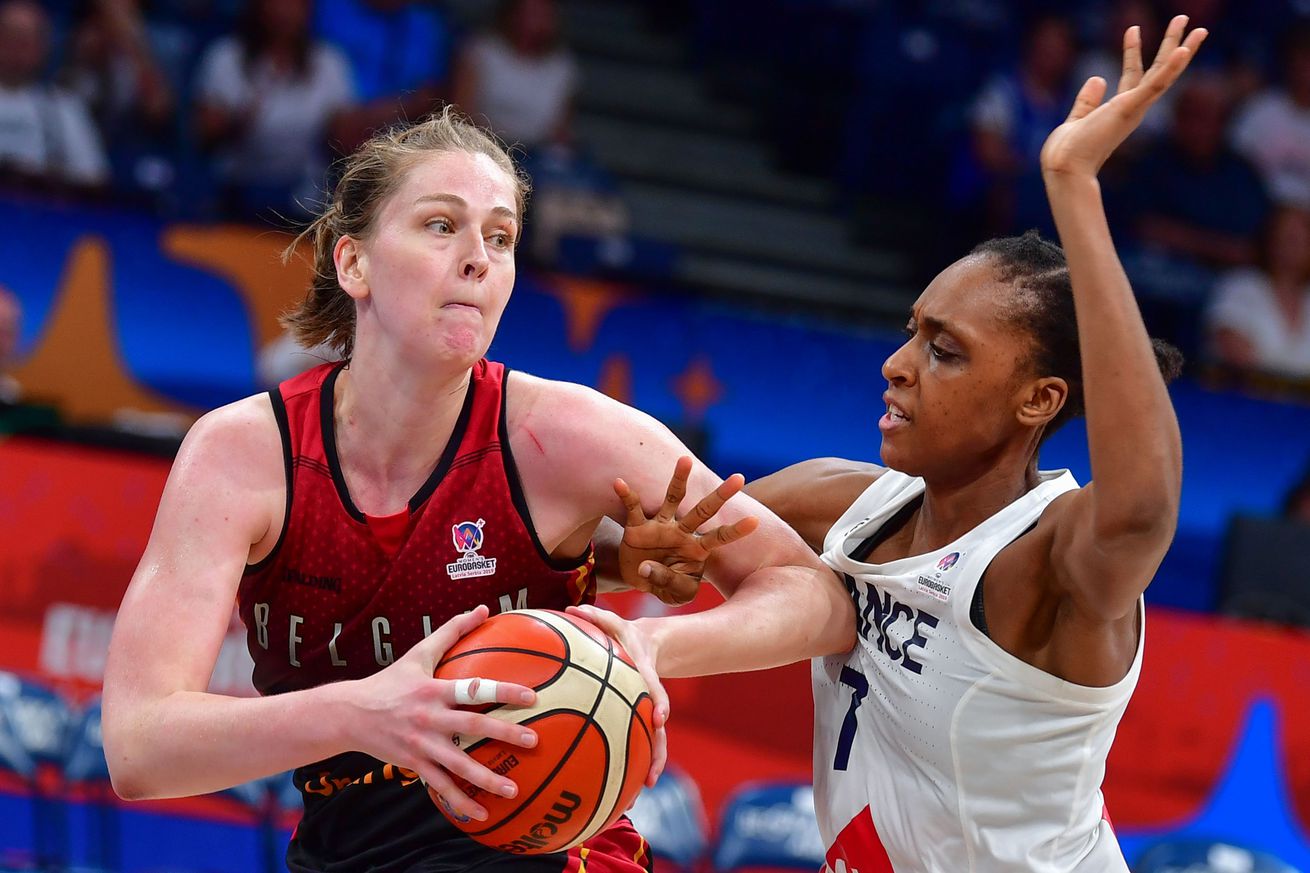 Emma Meesseman will look to lead the Belgian Cats to their first Olympic appearance ever in February. | Photo credit should read ANDREJ ISAKOVIC/AFP via Getty Images

The United States will play Nigeria, Mozambique and Serbia in another group.

Last Wednesday, FIBA held the draw for the women’s basketball Olympic Qualifying Tournament in Switzerland. The tournament will be held from Feb. 6-9 in places like Belgrade, Serbia; Bourges France; Foshan, China.

But for us here at Bullets Forever, we’re most interested in what goes on in Ostend or Oostende (pronounced Oh-stehn-duh), Belgium.

For the Washington Mystics, this is an important moment because 2019 WNBA Finals Most Valuable Player Emma Meesseman plays for Belgium as well as guard Kim Mestdagh. The outcome of the tournament will likely determine how long Meesseman and Mestdagh can play for the Mystics in 2020 … IF they re-sign. Let’s assume that they do.

Who’s in the draw?

Belgium is hosting and is the ninth ranked team in the world. They are in a group with No. 4 Canada, No. 10 Japan and No. 22 Sweden.

According to the KBBB (link in Dutch), the games will be played at the Versluys Dome in Oostende. Games will be held on Feb. 6, 8 and 9 but the specific schedule hasn’t been released yet.

What does Belgium need to do to make the Olympics?

In most groups, a Top-3 finish is good enough. But Belgium must finish in the top two of their group outside of where Japan finishes.

The Japanese are participating in the tournament though they are hosting and guaranteed a spot in the Olympics because they’re hosting it. As Wizards and Rui Hachimura fans, you should know this!

So let me word this a bit more simply. If Japan wins the group or is second, then Belgium can be first or third and make the Olympics. If Japan finishes third or fourth, then Belgium has to finish first or second.

Who’s in the other draws?

No. 17 Nigeria, No. 1 USA, No. 7 Serbia and No. 43 Mozambique will play in Belgrade, Serbia. This group is in a similar situation to Belgium’s because the USA already qualified for the Olympics by winning the World Cup.

Will Belgium make the Olympics?

My dice is on the Cats clinching a bid. This is certainly the toughest test they will have given that they lost to Japan in the 2018 World Cup and Canada has a bit more near-WNBA caliber talent on their roster than Belgium.

However, the Cats aren’t just hosting this in Belgium. They are playing in West Flanders, Meesseman’s and Mestdagh’s home province. That type of homecourt advantage should play in their favor.

Is it good news for the Mystics if Belgium makes the Olympics?

I’m hedging my bets on saying that an Olympic run for Belgium is bad for the Mystics. Washington should be building around Meesseman since she’s just entering her prime. But Meesseman’s passport prevents her from having that kind of a role.

To some of you, this sounds like a hot take. But I’ve been remarkably consistent about this position for a few years now.

This is because there is little to no outside discussion in the WNBA CBA negotiations about international players’ breaks and how the WNBA can work more with FIBA, especially FIBA Europe. Given that the WNBA players are more concerned about their pay and travel, I think they will be addressed before the league entertains a discussion about taking a two-week break for Women’s EuroBasket on top of that.