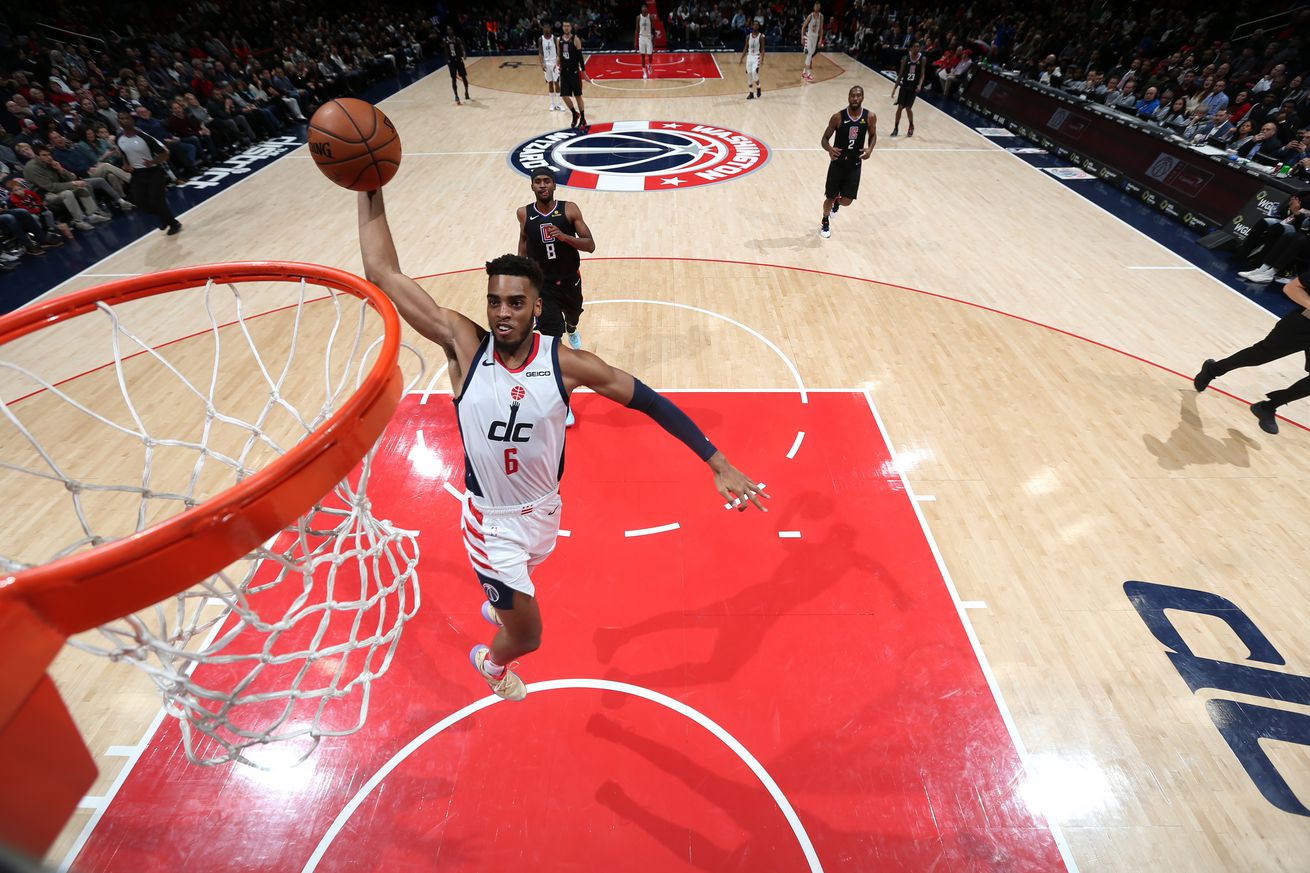 The Wizards guard shot 9-of-12 from the field in Washington’s 135-119 loss to the Los Angeles Clippers.

The Washington Wizards lost to the Los Angeles Clippers, 135-119 last Sunday. Despite the loss, Troy Brown Jr. scored a season-high 22 points on 9-of-12 shooting from the field. You can watch his highlights in the video above.

As Osman Baig wrote last week, Brown is best suited to play on the ball and be more of a creator. However, he is often on the court with high usage players like Bradley Beal (31 percent) or Isaiah Thomas (22.2 percent). Or Brown is paired with other point guards like Chris Chiozza or Ish Smith that limit his opportunities to create.

There is certainly plenty of reasons to give Brown a chance to play on the ball more. However, the Wizards’ primary ball handlers are mostly set for the season. So Brown will also have to adapt to playing off the ball more.

On Sunday, Brown showed that he can make defenses pay with his shot despite his low 16.5 percent usage rate for the game. Hopefully, Brown can continue to score consistently playing mostly off the ball while finding other opportunities to create for teammates. He is averaging 3.7 assists per game in the Wizards’ last three games.