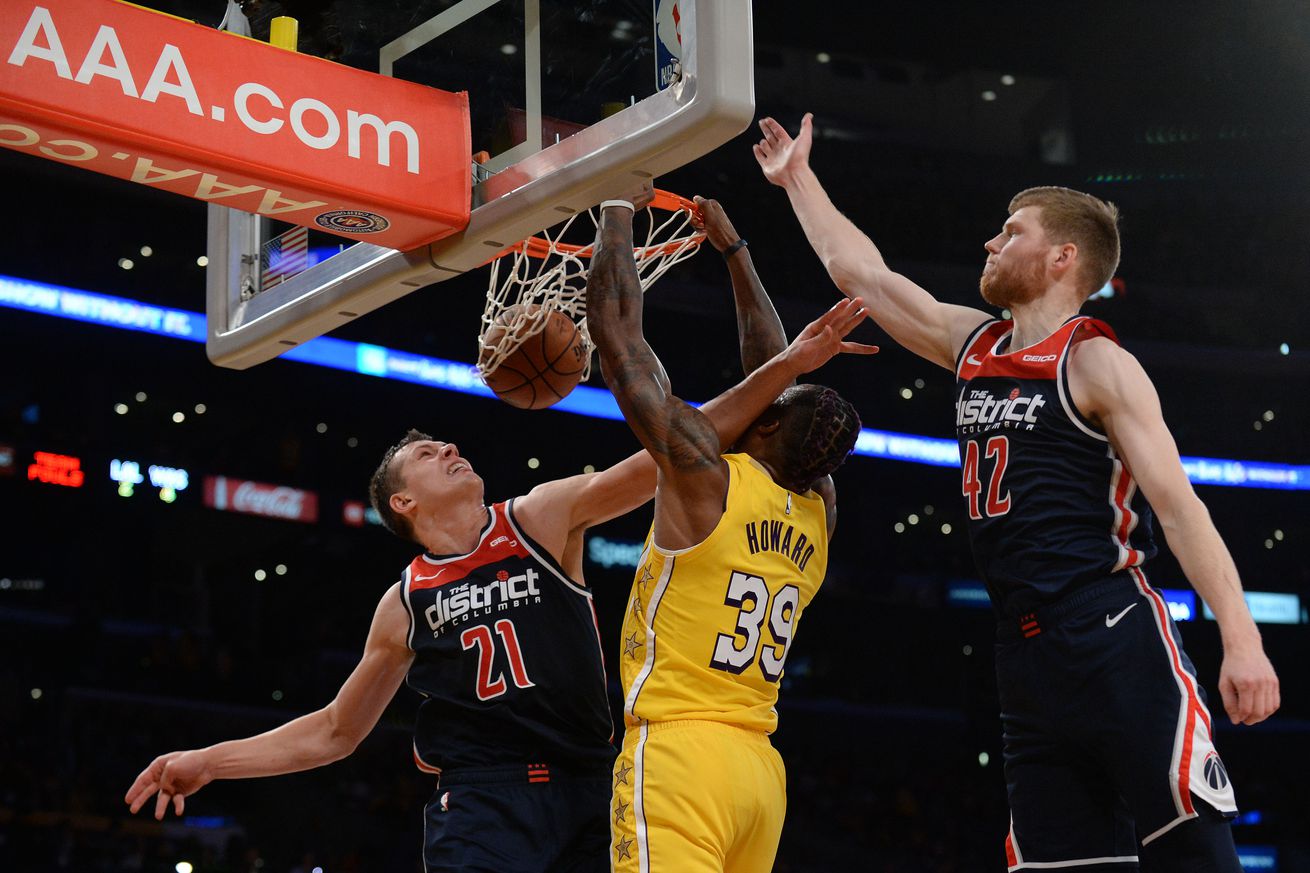 Yeah, the Wizards didn’t do well in Los Angeles. But let’s keep things in perspective. | Gary A. Vasquez-USA TODAY Sports

The Washington Wizards lost to the Lakers and Clippers, but let’s make sure we look at the long term play before losing confidence in the team.

The Washington Wizards have finished a second week-long road trip in two months. They also spent their Thanksgiving weekend in Los Angeles. That sounds great to most people who want to travel out to the beach and the entertainment capital of the USA.

The Wizards instead had to play the Los Angeles Lakers and Clippers last Friday and Sunday, respectively. They lost both games by over 20 points.

In both games, Washington was outrebounded and shot at a lower percentage than their opponents. Free throw differential has also been a statistical weakness for the Wizards this season. As you might expect, the Lakers and Clippers attempted significantly more shots at the line than Washington.

Though the Wizards weren’t competitive against either L.A. team, it’s important to keep in mind that the blowouts shouldn’t swing your confidence in the team from positive to negative.

The Lakers and the Clippers are both NBA title contenders. Both have two of the most talented duos in the NBA. The Lakers have LeBron James and Anthony Davis while the Clippers have Kawhi Leonard and Paul George.

The Wizards don’t have as much talent because they are rebuilding, They have Bradley Beal, but no other true “dynamic duo” teammate who’s healthy enough to play. And for now, I’m still looking at the smaller positive things that I see each game, including Rui Hachimura’s strong showing in each L.A. contest despite the losses.

Many of you wanted Ernie Grunfeld gone and that wish has finally come true. Tommy Sheppard may have been his top assistant, but he does appear to have a significantly different approach to his team building philosophy. So let’s continue to be patient while we see how the team’s young core works out over the weeks and months ahead.