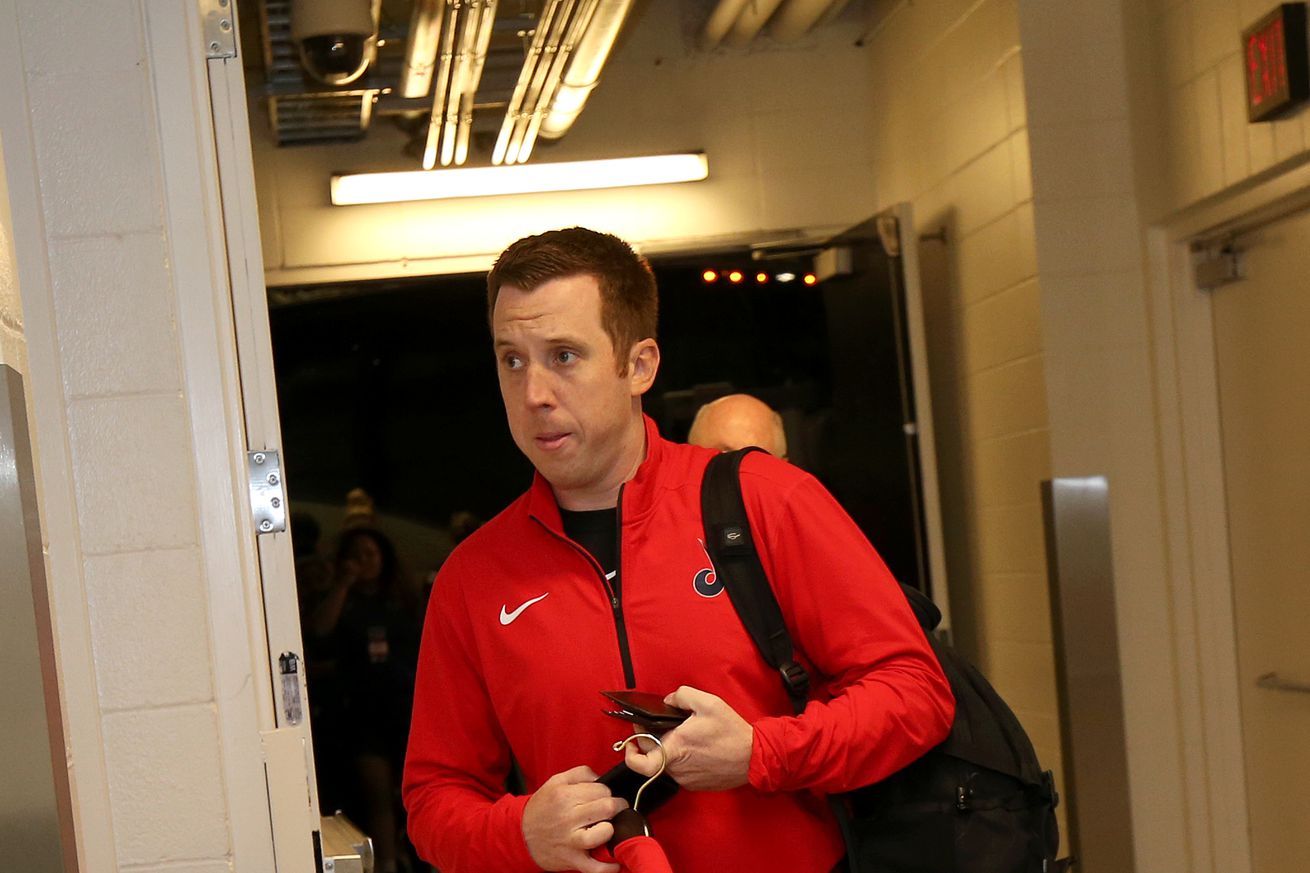 Eric Thibault has been in consideration for a head coaching candidate for at least two seasons in a row. | Photo by David Sherman/NBAE via Getty Images

The Washington Mystics lost assistant coach Marianne Stanley to the Indiana Fever last week so she could take their head coaching position. But they may also have to replace Eric Thibault, because he is a finalist for the New York Liberty’s head coaching position, according to Jackie Powell of High Post Hoops,

Thibault is a finalist along with former Connecticut Sun assistant coach Steve Smith (not the NBA TV analyst) and Minnesota Lynx assistant coach Walt Hopkins. The role was vacant since Katie Smith’s contract was not renewed last October.

Seeing Thibault as a finalist for this role should be no surprise. In November, my Mystics SWOT analysis explicitly stated that other teams could attempt to hire him, which I label as a “threat” to their success.

Of course, that’s a very strict way of looking at things. A SWOT analysis is just a framework. As a fan in general however, I would be very happy to see Thibault take a head coaching position. It’s a natural step up in his professional growth.

Thibault has been key for the Mystic’s backcourt development over the years. We have seen Natasha Cloud develop from a relatively raw prospect into an All-WNBA Defensive Team member with a reliable three-point shot. Ariel Atkins and Shatori Walker-Kimbrough have also worked significantly with him.

If Thibault is the Liberty’s next head coach, he will see a couple familiar faces and similar circumstances to what he has in Washington. He will be reunited with point guard Bria Hartley, one of the Mystics’ first round draft picks in 2014. I always liked seeing Hartley, who was a consistent scorer during her time in Washington. She was also regularly seen around the DMV when she played for the Mystics from 2014-16, even well after she was pregnant with her first child and out for the second half of the 2016 season.

Like Mystics forward Emma Meesseman, Hartley is a European Union citizen, namely the Belgian Cats’ newest rival, France. Barring a major change with non-American players in the next Collective Bargaining Agreement, Thibault will have to worry about Les Braqueuses (The Robbers, that’s their nickname!) … robbing him of Hartley during a possible Olympic run in 2020. Also, Marine Johannès, another French national team player, plays for New York.

Thibault will also work with center Tina Charles, who played from 2010-13 for the Connecticut Sun, when his father, Mike was Connecticut’s head coach. Eric worked as a volunteer coach and with her as well, according to Powell’s article.

The Liberty have dealt with an unstable ownership situation, mostly because Madison Square Garden CEO Jim Dolan was attempting to sell the franchise in recent years. Now, things are getting back to normal. In 2019, the team was finally sold to Ali Baba co-founder and Brooklyn Nets owner Joe Tsai. The Liberty will also move at the Barclays Center starting in 2020, so that should be pretty exciting.

Good luck to Eric as this job search comes to a close!