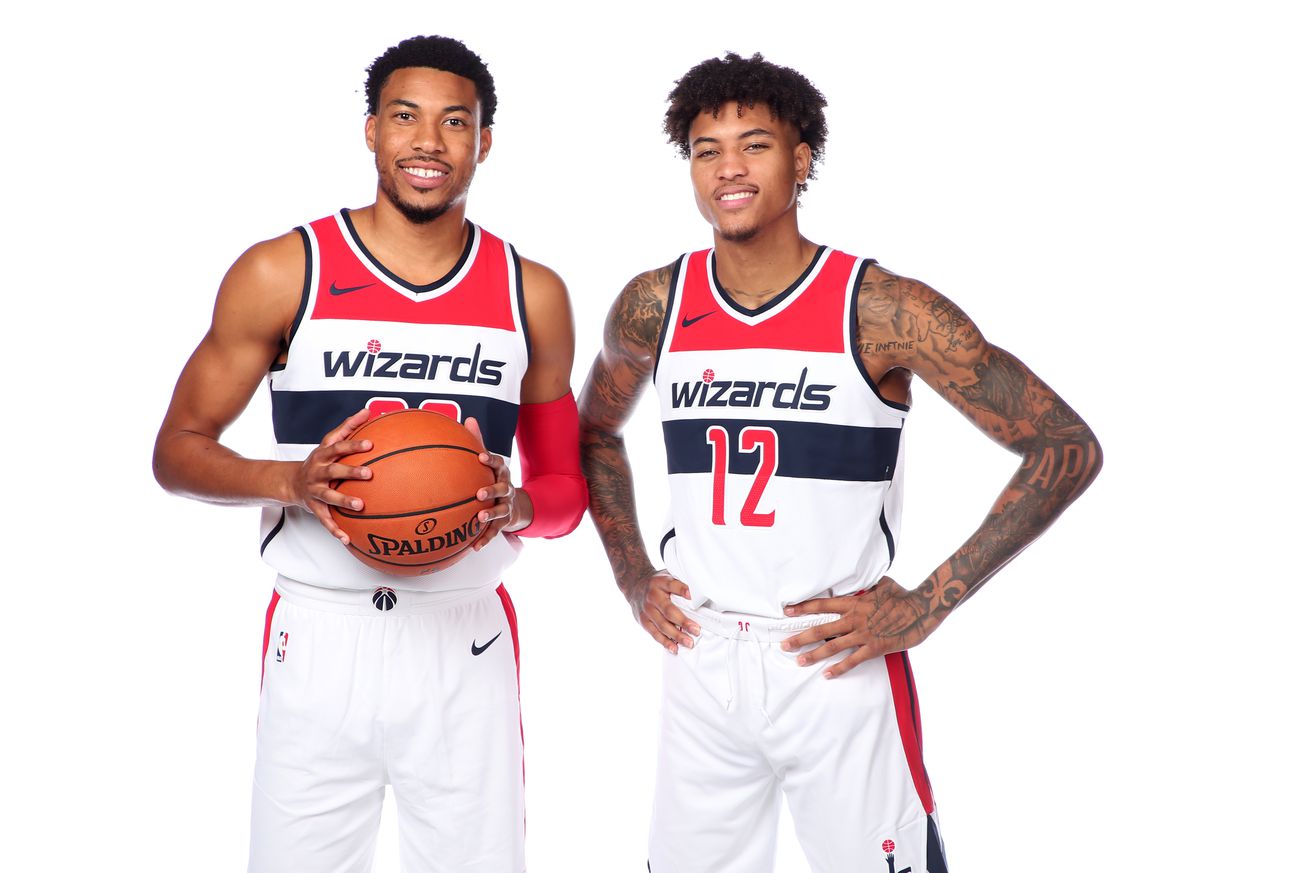 Ten games into their year of development, the Wizards’ emphasis is on patience with a young, inexperienced roster. They assembled the league’s seventh youngest roster by dismantling who they were — a veteran-laden group that had grown stale.

This dismantling included decisions not to bring back the majority of rotations players from last year’s roster. Of the 11 players who received 500 minutes or more for the Wizards last season nine were either traded during the 2018-2019 season (Otto Porter, Kelly Oubre, Markieff Morris, and Austin Rivers), traded during the offseason (Tomas Satoransky), or allowed to depart in the offseason (Jabari Parker, Bobby Portis, Jeff Green, and Trevor Ariza).

While “patience” is the buzzword with the current roster, it doesn’t apply to instant overreactions to ex-Wizards. Pretend if you want, but just like people lurk on their ex’s Facebook and Instagram accounts, fans are paying attention to what their team’s former players are doing.

As the season progresses, we’ll periodically monitor several of the ex-Wizards, updating raw numbers and advanced stats. We’re not here to say the Wizards made a mistake if an ex is playing well or that they made the right choice if they’re having a bad season. Variables beyond on-court production factor into that decision-making process, including the overall direction of the team, financial ramifications of retaining them, fit with the coaching staff, need to change the talent mix, age and the time horizon for the team’s return to competitiveness, player choice and much, much more.

What we want to do is look at the impact each player might have had, if they were substituted for their current replacement in terms of the team’s overall play, record, and forecast.

We also want to have a little fun here. If you’re active on Wizards twitter or message boards, you’ve undoubtedly stumbled across or participated in a heated conversation over some of the Wizards ex’s at some point. We’ll call those players, the “I spent too much time on Twitter talking about them” group.

Prime example: Otto Porter. He was and is a good player, but his usage and involvement in the offense was a multi-season running debate. Was it coaching? Was it Wall? Was it a lack of aggressiveness? Was it health? As the season takes shape, Porter’s performance in Chicago might give us a read on where the arrow should have been pointing because while Wall isn’t playing for the Wizards, he also didn’t follow Porter to Chicago.

On the other hand, Porter at this point isn’t the same player he was even a couple years ago. He’s sustained a few more injuries, and he hasn’t looked quite the same since straining his calf and participating in playoffs games while suffering from untreated compartment syndrome. In other words, his current performance may not say much about what he could have done two or three years ago. That goes for all the exes discussing here.

Wall didn’t follow Porter to Chicago, but Satoransky did. The guard’s merits are still debated and he’s probably the most appropriate player to run the “what if?” scenarios because the decision to trade him was made by current general manager Tommy Sheppard, and it was equally plausible and probable that he remained.

Sheppard, who played a large part in bringing Satoransky to the NBA, decided the guard wasn’t worth the mid-level offer he received from the Bulls, and traded him for a couple second round picks.

But, the Wizards could have kept him instead. Sure, he isn’t the type of lead guard preferred by Scott Brooks, but he’d already established himself as a competent, if not dynamic, point guard and he would have provided the team with professional-level guard play, which might have helped evaluate the rest of the roster.

They replaced Satoransky with Ish Smith and Isaiah Thomas, who seem to be better stylistic fits with Brooks. Neither player is as good as Satoransky, however, and the Wizards defense with Thomas in the lineup has been historically bad.

Oubre was also a polarizing player. ‘Style over substance’ applies perfectly to his three-plus seasons in Washington. When he flashed, it was spectacular and fun, but a lot of the time, he was just over-aggressive and made poor decisions that resulted in a style of play with little passing, poor shooting, and undisciplined defense.

Oubre may be a guy who grew up a bit because he got traded. While he may work out for Phoenix, it’s possible it would never have happened for him in DC. Ironically, his youthful exuberance and extreme effort is a better fit for this iteration of the Wizards, which is trying to establish a try-hard culture.

We also have the “They were young enough, should they have? Probably not” group. This is where Parker and Portis fall; two players under age 25 who had some moments with the Wizards after coming over from Chicago. Finances were not a key driver in the departure of either player. The team had the ability to keep either, and the cost in Parker’s case in particular was small by NBA standards (two years and $13 million). The organization decided to go in another direction rather than trying to salvage value from the two players they received in return for Porter.

Lastly there’s the “It was time” group. Ariza was good for the Wizards in 2013-2014. Ernie Grunfeld brought him back last season in hopes that veteran leadership and professional defensive effort could change the team’s trajectory and push it back into the playoffs. The magic wasn’t there, however.

Green, the ultimate Wizards killer, came to Washington and was productive for the team last season but at 33 years old, he’s in a reserve role for a contender, which is where he belongs.

Morris was decent in DC, but his level of play declined, and the stretch-four who came to town with a little bounce and energy became a plodder who no longer fit the program. Even if any of these three play well in their new stops, there’s no reason to look back with regrets.

Every team is at least 10 games into the season so here’s our first lurk…umm…look. For reference, the Wizards current offensive rating is 112.4 points scored per 100 possessions, their defensive rating is 114.2, and league average is 107.7. A few additional notes:

Overall, the Wizards exes likely wouldn’t have changed the team’s fortunes much if they’d stayed. The lone exception so far is Satoransky, who would upgrade the team’s defense without putting a crimp in their offense.

We’ll take another lurk at the exes in 10 games.