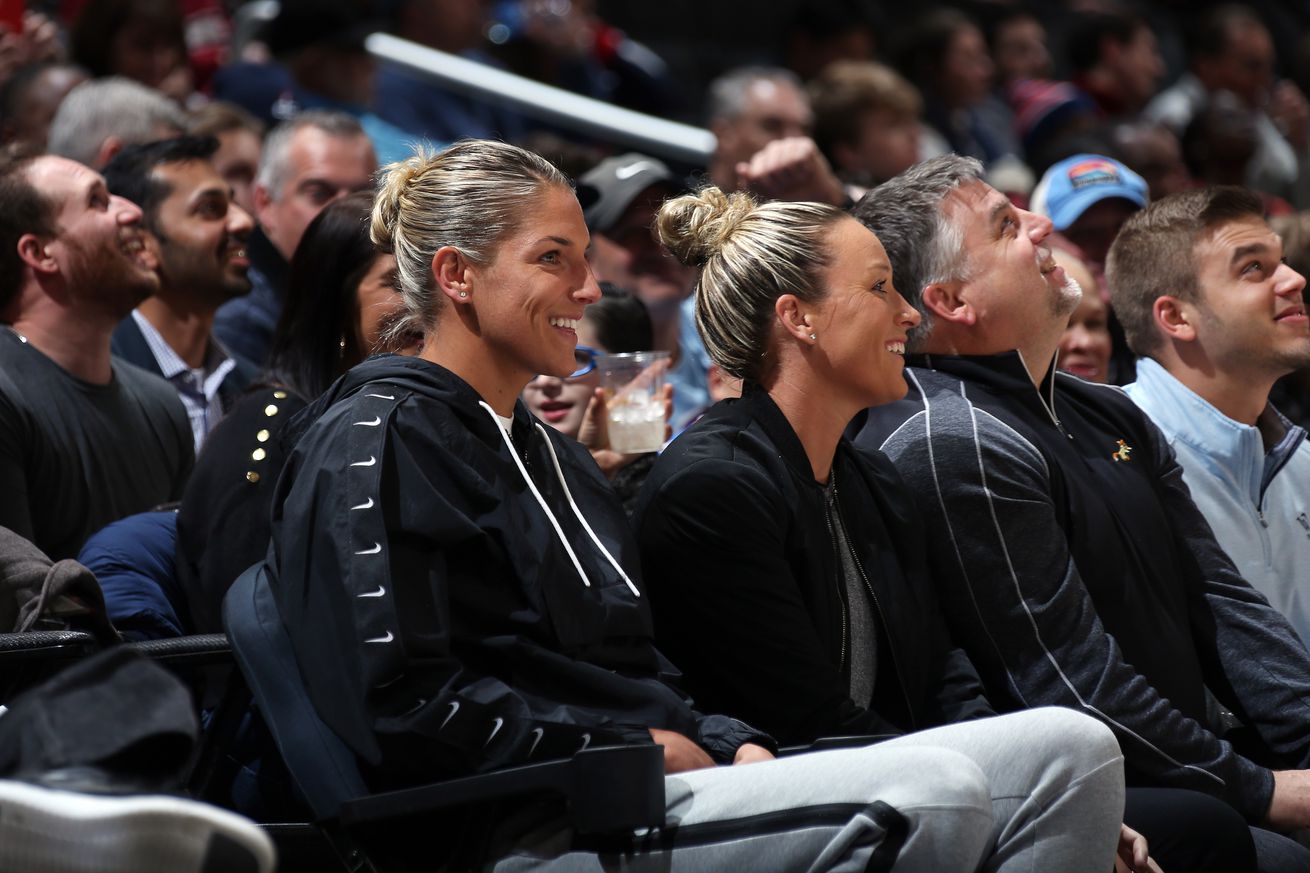 Elena Delle Donne is still recovering from a back injury she suffered during the WNBA Playoffs. But is it a cause for concern for next season? | Photo by Stephen Gosling/NBAE via Getty Images

The Washington Mystics forward will not play for the USA Basketball women’s national team for their winter friendlies and Olympic qualifying tournament due to her back injury.

Last November, I wrote that one of the Washington Mystics’ weaknesses is Elena Delle Donne’s injury history. She has never played a complete 34-game regular season and suffered back spasms during the WNBA Finals last October.

Though Delle Donne doesn’t play overseas like most WNBA players, she is part of the USA Basketball women’s national team. That team is playing in friendlies against top-ranked women’s college basketball programs and will participate in the FIBA Women’s Olympic Qualifying Tournament next February, even if they already qualified by winning the FIBA Women’s Basketball World Cup in 2018.

However, according to Mechelle Voepel of ESPN, Delle Donne will not participate in any of Team USA’s friendlies or international games this winter. This is because she is still rehabbing from three herniated discs. Delle Donne also made remarks acknowledging that she played through a significant amount of paid during the Mystics’ run. Since she will effectively miss all of Team USA’s games this winter, is this something for Mystics fans to be worried about?

For now, probably not.

First, Delle Donne deserves a nice long period of rest after winning a WNBA championship in D.C. last October given her back injury. However, Team USA’s games this winter are friendlies that have no impact (even though the Oregon loss on Nov. 11 isn’t a good look). Even the Olympic Qualifying Tournament is effectively a friendly because Team USA will be in Tokyo next year.

For Team USA, these absences hurt because the purpose of the winter games, exhibition or not, is so the Americans can play with better chemistry. It’s to even the playing field against European teams like Spain, France or Belgium who won’t hesitate to practice in the summer as the WNBA season goes on.

But for the Mystics, it is essential that Delle Donne is healthy and ready to go in 2020 so they can make a run at a second consecutive championship. Yes, Delle Donne is also an unrestricted free agent, but I don’t think she’ll leave to play elsewhere given her desire to play close to her home state of Delaware.