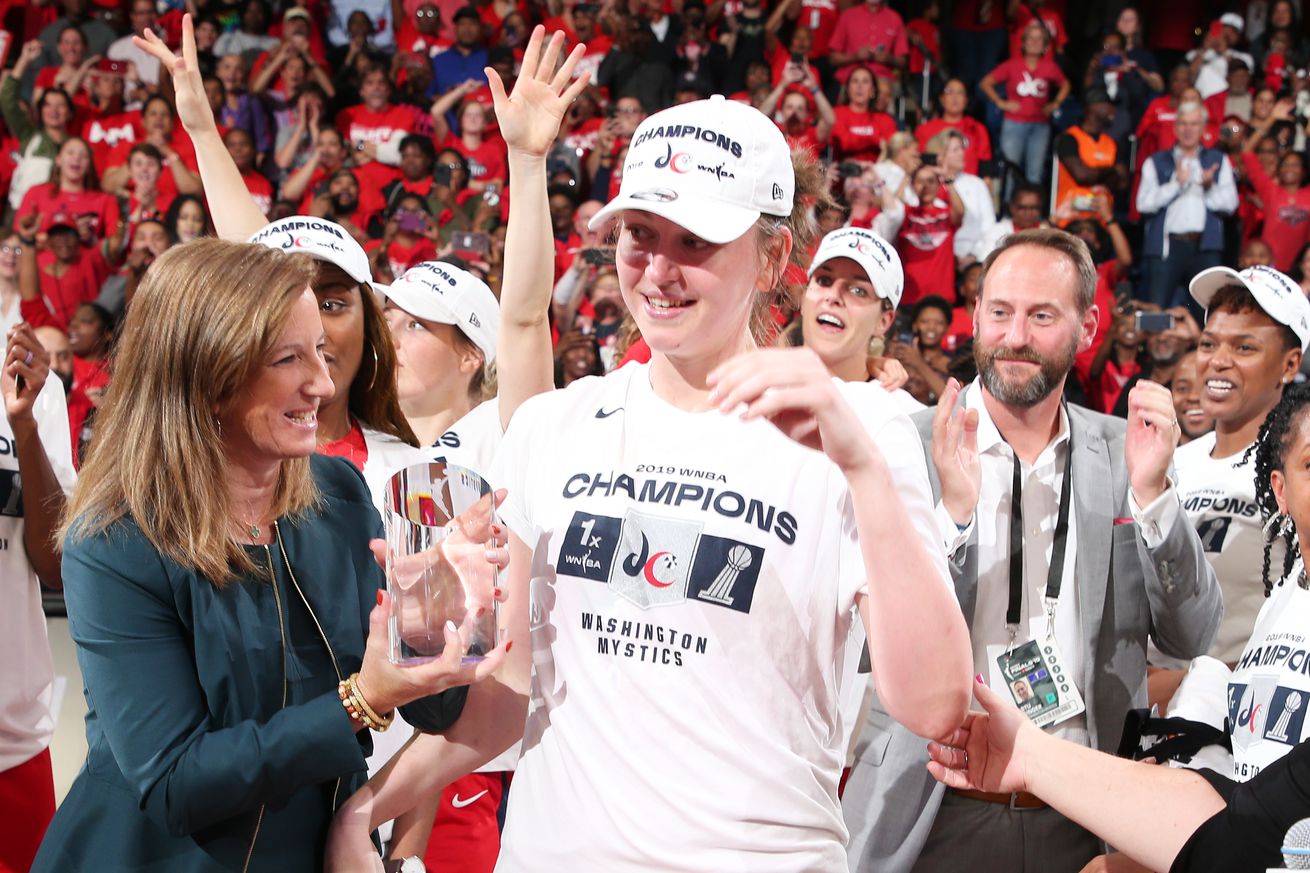 Emma Meesseman is starting to win INDIVIDUAL hardware in her country! | Photo by Ned Dishman/NBAE via Getty Images

Dutch-speaking Belgians are FINALLY giving Emma Meesseman some respect! She is the first team sport athlete to win the award.

I know, this is not a day where I should write about Meesseman, especially when I “stiffed” her for Crystal Langhorne for a spot on the All-Time Mystics’ First Team today. Belgians are probably not too happy at me right now.

But the WNBA Finals MVP has finally won some hardware for HERSELF in Flanders, the northern Dutch-speaking part of Belgium. On Friday, she won the Vlaamse Reus, which literally means the “Flemish Giant.” There’s also a rabbit that goes by that name, but I digress.

Meesseman beat the two-time defending winner, Nina Derwael, who is also the defending winner of the Belgian Female Sports Athlete of the Year award. This win gives Meesseman a very good chance to win the national award on Dec. 21! Derwael was a rather close second place in voting since she had 565 points while Meesseman had 684.

Cyclists Victor Campenaerts and Remco Evenepoel were third and fourth place, while runner Bashir Abdi was fifth. As you can see, team sport athletes have a hard time getting recognized.

The second athlete from a team sport wasn’t actually an active player. It was Club Brugge head coach Philippe Clement. Actually, he was probably more in consideration because he was the head coach of KRC Genk in the 2018-19 season where they won the Belgian First Division. After that he went to Brugge where he was a long-time player.

Okay, the second place ACTIVE Flemish athlete from a team sport was Inter Milan striker Romelu Lukaku, who has 10 goals in 13 matches this season in the Italian Serie A. He’s also put up big performances for Belgium’s men’s national soccer team.

At Bullets Forever however, we probably know Romelu as Meesseman’s “twin brother from another mother.” That’s because Meesseman and Lukaku were born on May 13, 1993 in Flanders. They’re also 100 percent Belgian to the core.

There are some other Belgian athletes who are doing very well on the world stage like sprinter Nafi Thiam or Real Madrid forward Eden Hazard. However, they are native French speakers. Athletes from Wallonia, the French-speaking southern region of Belgium and most from Brussels (a mostly Francophone city) were not in consideration for the award.

Either way, this is a big deal for Meesseman’s chances winning this award for the country at large and we’ll be rooting for her in a few weeks to do just that.