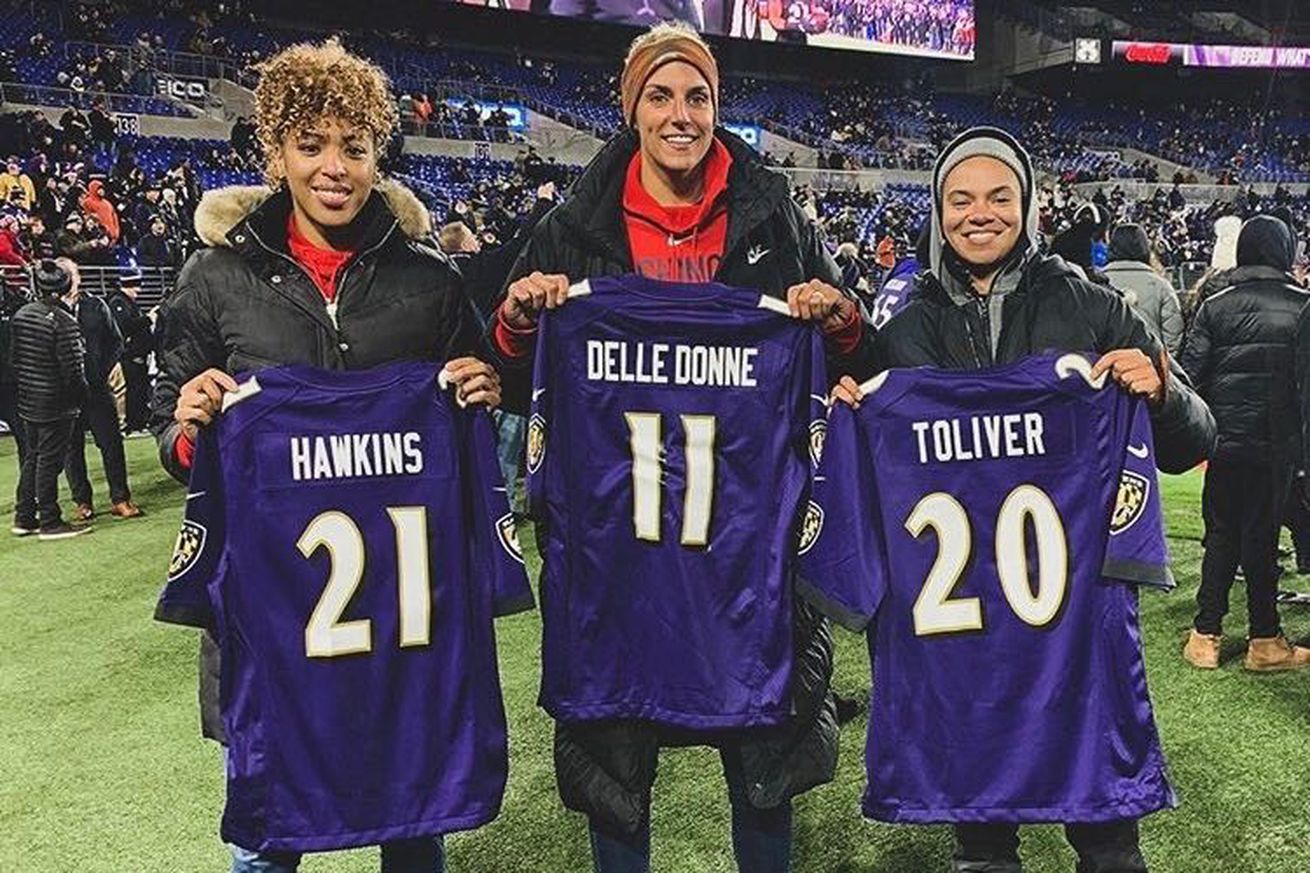 NFL football in the D.C. area has been an abomination for many years. The Redskins have made a playoff appearance here and there, but they don’t commit to a solid front office structure. They cycle through head coaches like an assembly line and are even worse with public relations.

I never thought I’d see the day when the Redskins become less popular than any other sports team in town, but that happened in a recent survey when the Washington Mystics found themselves as popular as the Wizards — at least by one metric.

Anyway, if you drive up I-95 into Camden Yards in Baltimore, you’ll see M&T Bank Stadium where the Ravens play. They are a consistent NFL playoff team, 12-2 this year, and have the best quarterback in the game right now with Lamar Jackson.

Last night, the Ravens hosted the New York Jets and beat them 42-21. Jackson passed for five touchdowns and the Washington Mystics got a shout out too!

Oh yes, that’s why I wrote this!

Elena Delle Donne, Tianna Hawkins and Kristi Toliver made the trek into Charm City where the 2019 WNBA champions were honored.

We’re pumped to have the Champs in the house! @WashMystics pic.twitter.com/6LqoqKwQxq

M&T Bank Stadium! Thanks for having us, @Ravens! pic.twitter.com/OIhjyxLf0b

2019 is certainly a year of sports championships in the D.C. area and the Mid Atlantic region as a whole. Baltimore isn’t exactly the Washington area. I’m definitely very happy to see that the Ravens gave the Mystics a shout out yesterday. It could be a good luck charm for their Super Bowl hopes in the next few weeks!