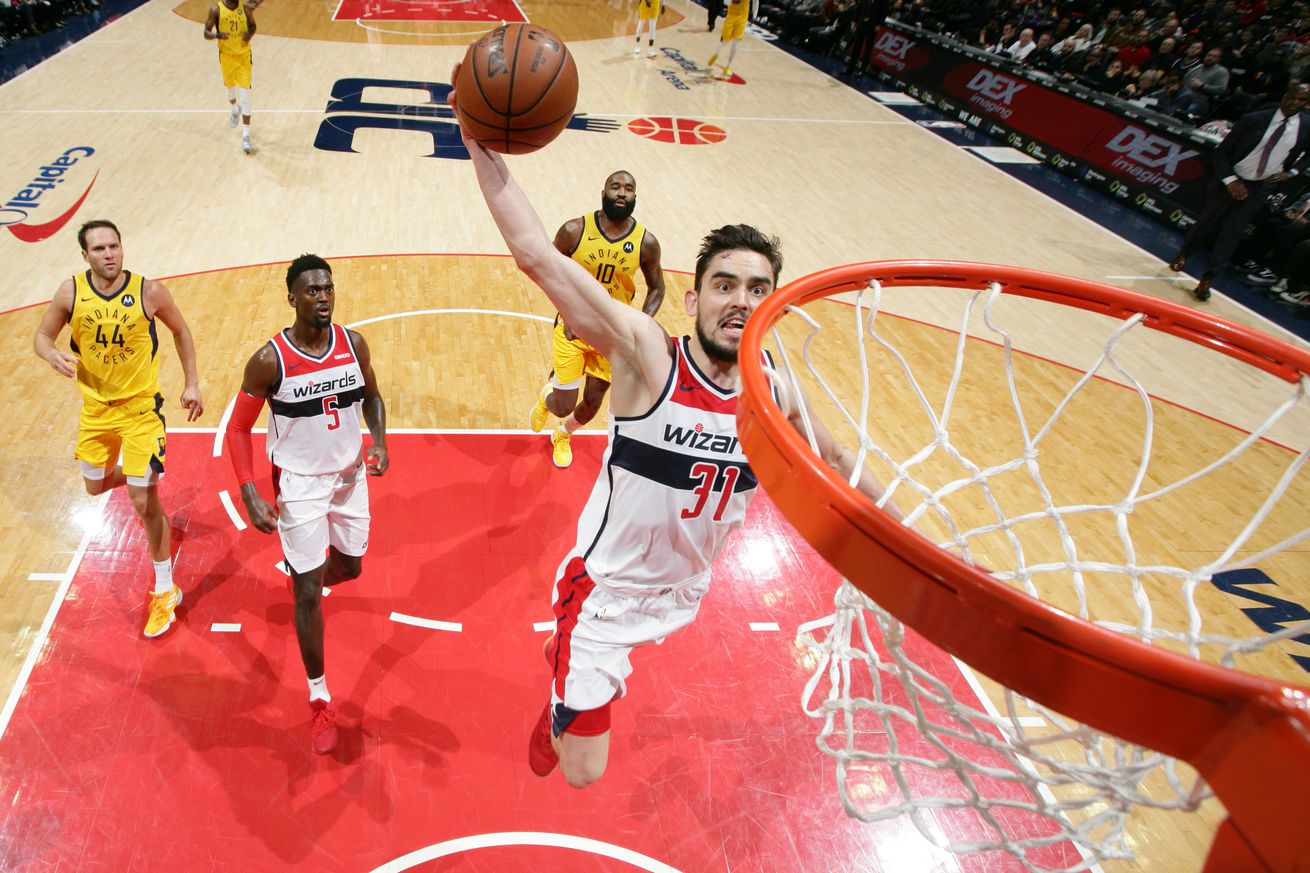 I didn’t have time to make an ode to Tomas Satoransky when he left the Wizards. I’ll just have to release it now. | Photo by Ned Dishman/NBAE via Getty Images

The Washington Wizards will host the Chicago Bulls tonight which features a notable Washington alum.

Tonight, the Washington Wizards will host the Chicago Bulls at Capital One Arena. In most circumstances, I would just call this another game. However, in this case, Bulls starting point guard Tomas Satoransky is coming back to Washington after three seasons with the Wizards.

I wanted to write a “Thank you” post for Satoransky last summer, but didn’t have time in July because I was in Las Vegas, Nev. for the NBA Summer League. But now that he’s coming back to town, I feel like now is a more appropriate time to give him a big “děkuji moc!” before tipoff tonight.

Here are several reasons why I’m thankful that Satoransky played for the Wizards.

Satoransky was initially a sidenote when he was drafted. But he ended up defying the odds and had a successful time in D.C.

I remember the 2012 NBA Draft when Satoransky was drafted. At the time, I don’t think many of us thought too much about it. Or some others may have thought that he was simply drafted to be a Czech-speaking partner for Jan Vesely, Washington’s first round draft pick the prior year.

Though Satoransky was the stereotypical European “draft-and-stash” pick because he spent four more years in Europe before coming to D.C., I’d say that he had a successful career in Washington which started well after Vesely fizzled out. He started 84 games in the 2017-18 and 2018-19 seasons and was a steady point guard presence for Washington, especially when John Wall was sidelined due to injury.

Oddly enough, Sato’s best game as a Wizard was against the Bulls

On Feb. 10, 2018, Satoransky scored a then-career-high 25 points and dished 8 assists in the height of the “Everybody Eats” era of the Wizards. He shot 10-of-12 from the field, drained five threes and was a joy for all analytic-philes out there.

Though Bobby Portis (who became a Wizard the next year) pushed him down during a dunk attempt, Satoransky still remained a stead presence well after that. Sure, I don’t want Satoransky to make the game-winning shot tonight, but I still have a soft spot of sorts for him.

I know, “Everybody Eats” was a saying that Bradley Beal said. But Satoransky was the face of the movement, considering that he replaced Wall in the starting lineup. During his time in Washington, it seemed that Scott Brooks did whatever he could to bring in a more ball-dominant point guard to take Sato’s place. Remember Ty Lawson signing with the team as a playoff only addition in 2018 AFTER Sato had a solid season?

Anyway, the Wizards have returned to building up their rotation of more ball-dominant point guards like Isaiah Thomas and Ish Smith. But they have still remained one of the most pass-happy offenses in the NBA, just like when Sato was here. Sure, Satoransky isn’t exactly the reason why the Wizards’ offense changed for the better this season. But it’s not like the Wizards are resorting to isolation-only ball either.

It will be interesting to see how Satoransky fares tonight in his return to Capital One Arena. Though I think the team did him “dirty” at times, he has managed to remain a starting point guard for an NBA team where he’s also with Wizards alumnus Otto Porter (who won’t play due to injury).