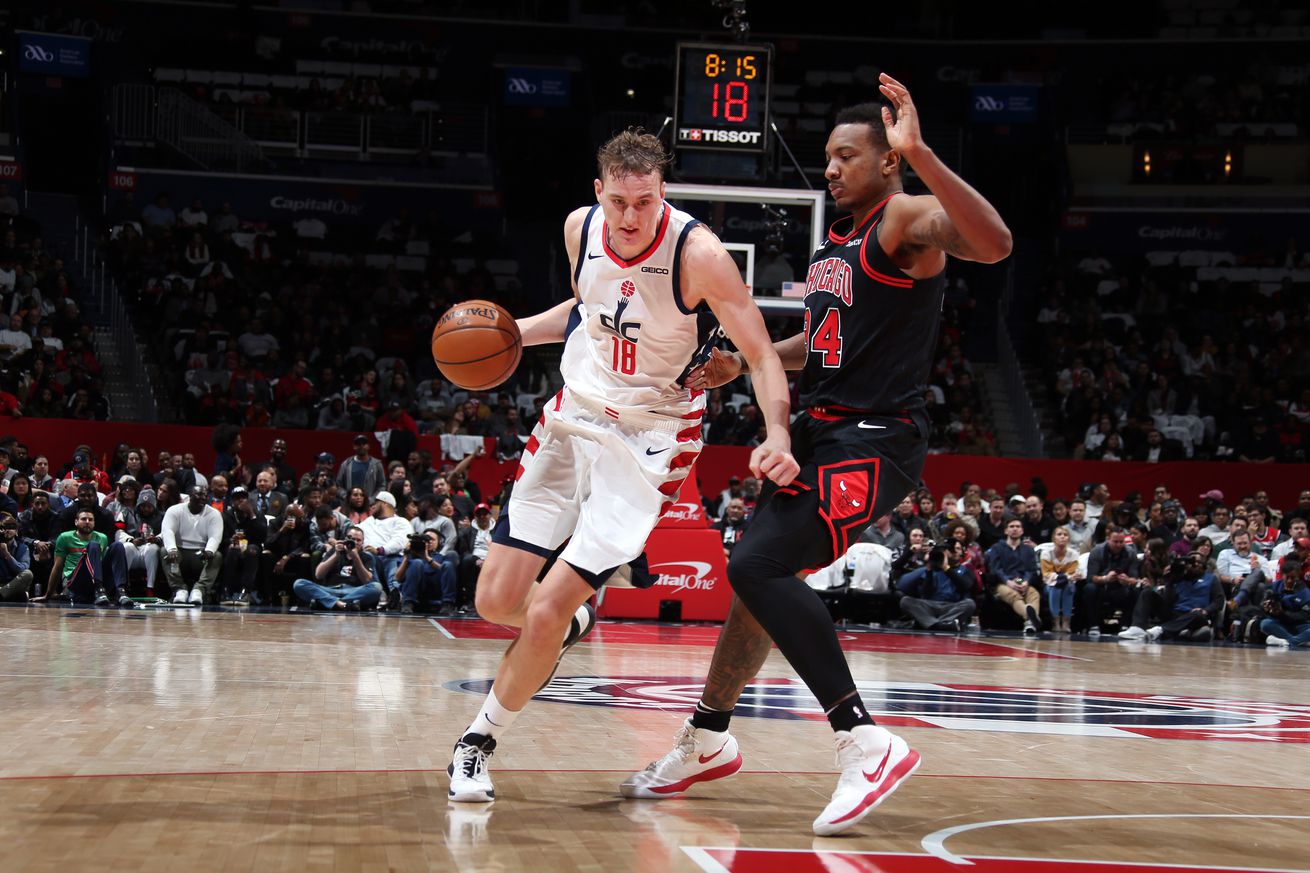 Anzejs Pasecniks made his NBA debut on Wednesday night against the Chicago Bulls. | Photo by Stephen Gosling/NBAE via Getty Images

The center scored 9 points and grabbed 8 rebounds in his NBA debut.

The Washington Wizards lost 110-109 to the Chicago Bulls on Wednesday night. That said, it was a good day for Anzejs Pasecniks, who scored 9 points and grabbed 8 rebounds in his NBA debut. You can watch his highlights in the video below.

It is early to say how much of an impact Pasecniks will have over the long term. However, I’m confident he will have more opportunities to repeat the type of performance he showed last night until Moritz Wagner and Thomas Bryant are back up to speed again.