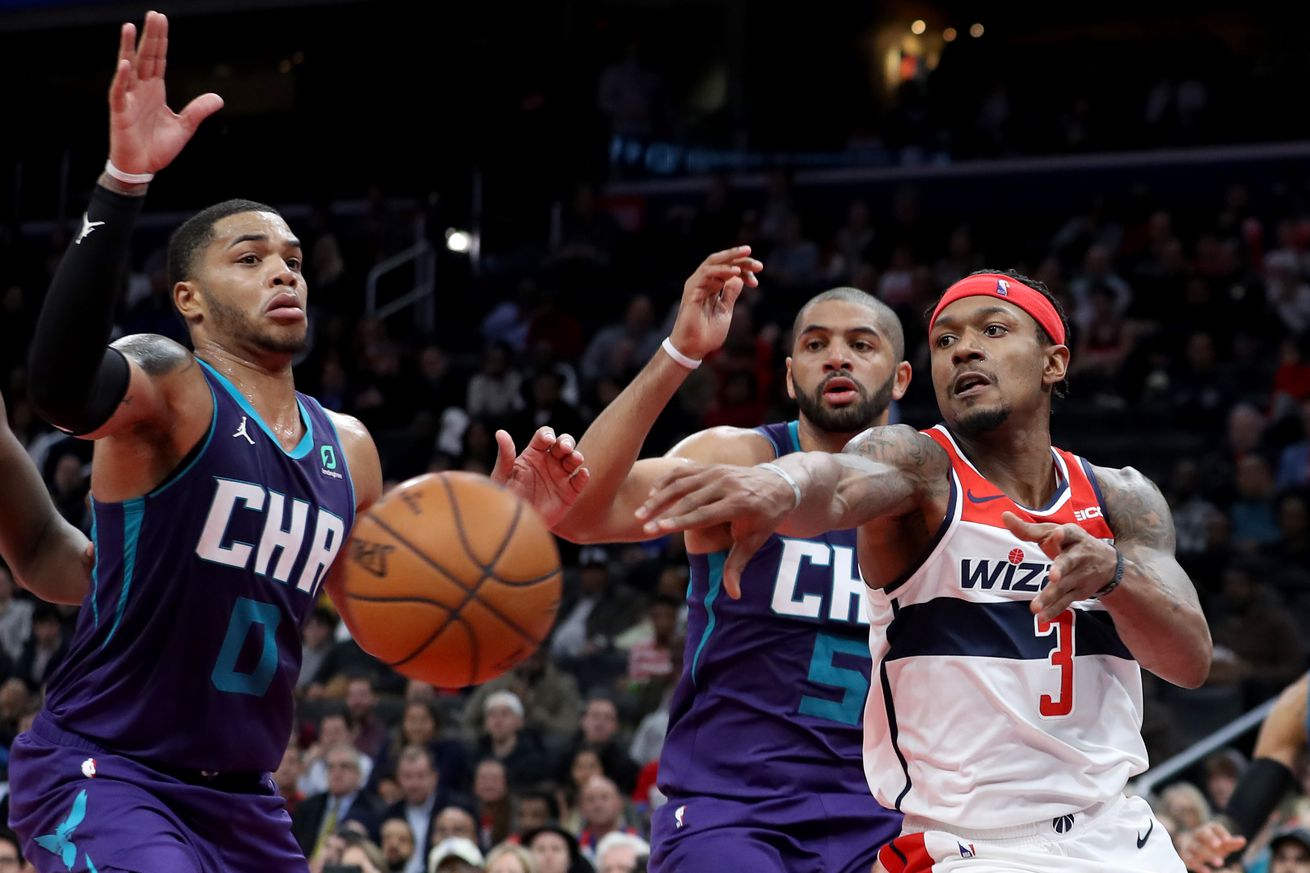 Bradley Beal and the Washington Wizards head out on the road to play the Charlotte Hornets on Tuesday evening. | Photo by Rob Carr/Getty Images

The Washington Wizards are on a three-game road trip this week against a group of three sub .500 teams. First up? The Charlotte Hornets.

The Washington Wizards (7-15) are on a three-game road trip against three sub .500 teams. They begin their series against the Charlotte Hornets (9-16).

How to listen: 1500 AM, Wizards mobile app, SiriusXM mobile app

What to look for

The Wizards come into this game after losing five of their last six games. If there’s a silver lining, all of their losses were to teams that were .500 or better in the standings. Furthermore, Washington’s last win was against the 17-7 Philadelphia 76ers in their refreshed Stars and Stripes jerseys.

The combined record of their next three opponents (the Hornets, Memphis Grizzlies and Detroit Pistons) is 24-46. Though the Wizards are rebuilding, they also have some bright spots like their offense and the production of new addition Davis Bertans. If Washington can win all three games on this road trip, it will certainly be a sign of growth that assistant coach Kristi Toliver was referring to after Washington’s loss last night to the Clippers.

The Hornets are coming into this game in a similar predicament as the Wizards because they lost four of their last five games. However, Charlotte’s last win was against a hobbled Golden State Warriors team on Dec. 4 and they are coming off a 122-107 loss to the Atlanta Hawks (6-17) on Sunday.

All in all, I’m giving the Wizards the advantage to win tomorrow night. After all, they defeated the Hornets 125-118 on Nov. 22 in their first meeting. Davis Bertans scored 20 points off the bench and looks to be a deadly force once again tomorrow night!