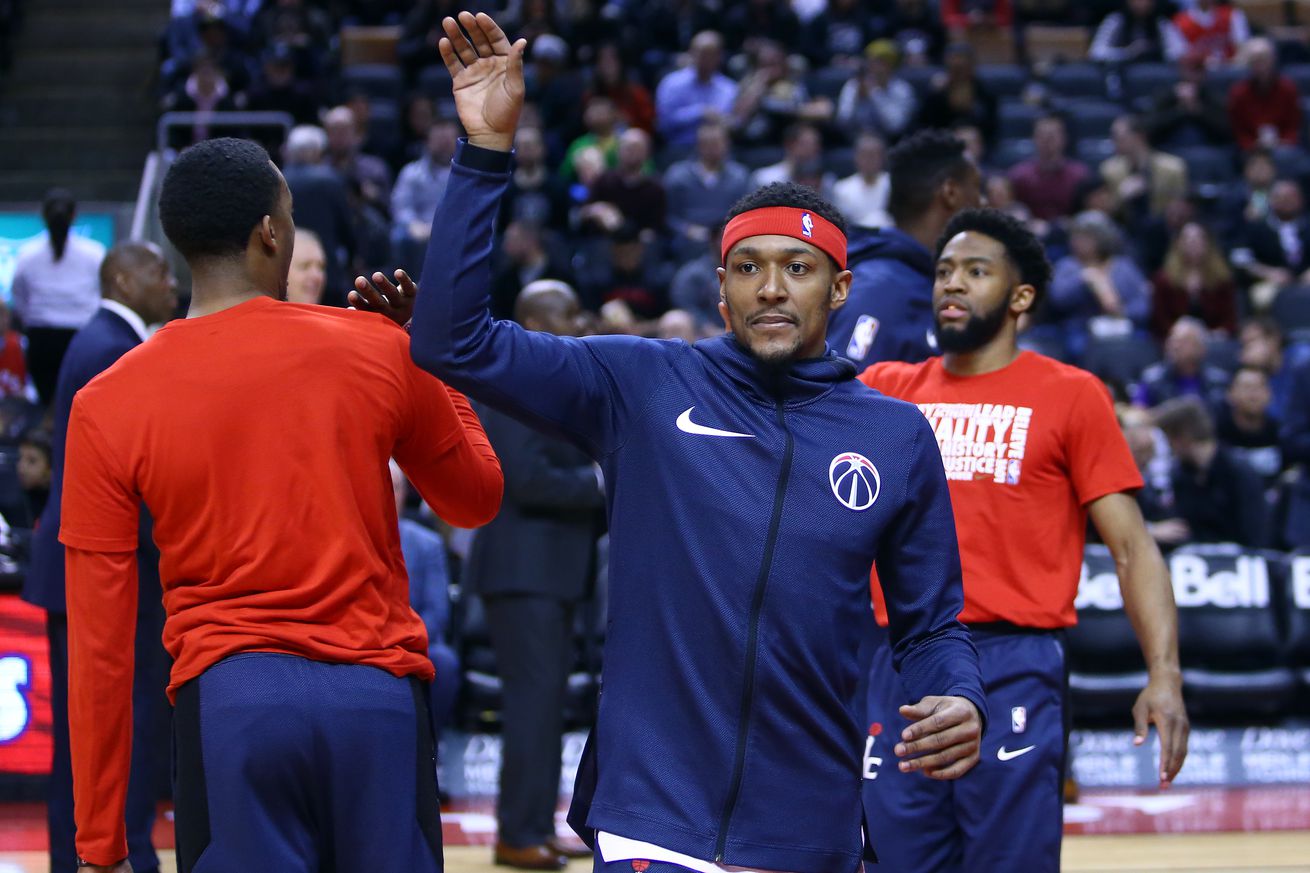 Bradley Beal and the Washington Wizards face off against the Toronto Raptors on Friday night. | Photo by Vaughn Ridley/Getty Images

The Wizards will make a trip north of the border to start the weekend.

The Washington Wizards are back on the road and they’re going to pack their passports for this trip – the first stop is Toronto where they match up against the defending champs.

On the road again — it was fun to be back in D.C. after a couple games away, but now the team has the road again for four games. It’s a tough stretch considering especially that this is the holiday season and players want to be with their families. But given that the Wizards are not the NBA’s top scheduling priority this makes sense. The Raptors are also battling some key injuries, so this could actually turn out to be a close game.

C.J. Kilometers is (not) coming back to Canada — C.J. Miles was tough defensive assignment for the Wizards in the 2018 playoffs. Would’ve been nice to see him match up against his old team in the Wizards uniform. And, did you know is Raptors nickname was C.J. Kilometers?

Flashback: Double OT in the Arena

Just about two years ago, and while D.C. was snowed who those managed to make it to the game saw fantastic showdown with double OT, it’s nice to watch again: