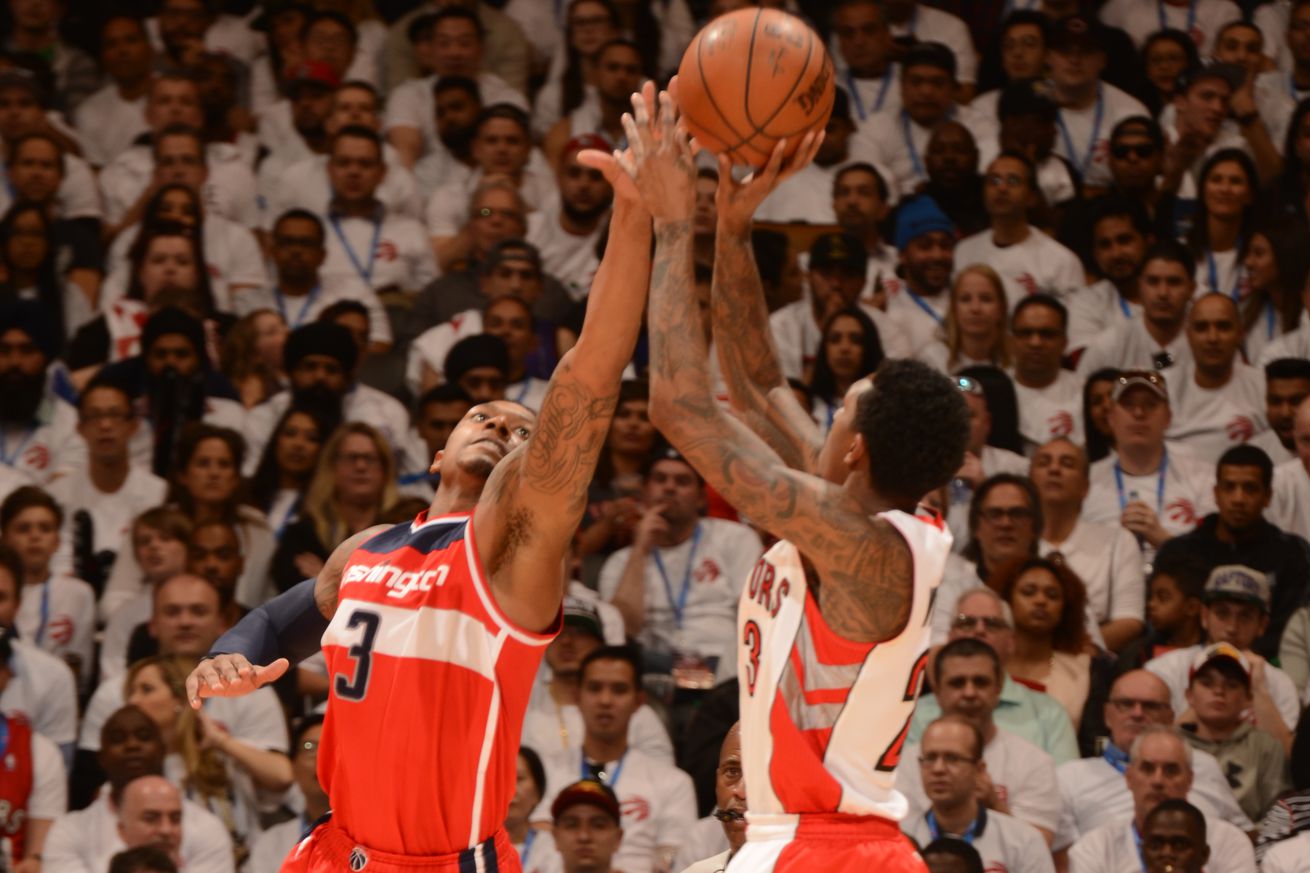 After a bad loss on Friday, the Wizards look to get revenge on L.A.’s other NBA team.

The Washington Wizards are continuing their tough West Coast road trip after spending a whole weekend in the CIty of Angels. After playing LeBron and the Lakers yesterday do the Wizards have enough left in the tank for Kawhi & Co.?

Johnny Rogers comes back to LA — In a forward-thinking move the Wizards successfully poached Johnny Rogers from the Cippers’ front office this off-season, probably thanks to the fact that he is represented by Warren LeGarie, as are Tommy Sheppard and Scott Brooks. Surely, Rogers would love to get this one. By the way, so would Jerry West’s son, Ryan West, whom the Clippers hired (poached in turn from the Lakers…) to replace Rogers…

Just about two years ago, I saw one of the crazier finishes of an NBA game. It just so happened that I was also at Staples Center to see a match between the Wizards and Clippers.

The Wizards were up 109-107 and the Clippers had the ball with about 6 seconds difference between the shot and game clock. The ball ended up with Austin Rivers (then a Clipper) who shot a corner three… and missed! Marcin Gortat in a late box-out attempt sort-of fended off DeAndre Jordan but the latter pushed Gortat off (no-call…) and got the offensive rebound and passed it back out to Rivers who then drained it.

Brooks took a timeout and set up a very nice and simple give-and-go between Gortat and Beal who took it to the rim for a signature Beal AND-1. 112-110 Wizards up with 8.2 left on the clock. Over?

Not if you ask Lou Williams. In a beautiful, but I mean beautiful iso move he calmly dribbles to the top of the arc and drains a three on Beal’s outstretched arms. NOTHING BUT NET. Over? Not if you ask Brooks. Timeout with 1.2 seconds left. Again ball goes to Beal and drains the baseline jumper, only the clock expires in a surprisingly early fashion – the clock started before the inbound pass took place!

Had the clock goof not taken place Beal’s shot would have probably counted. After review the refs acknowledged that but according to some strange rule the clock starts again with a bit less time, and no timeout to set up another play…

Gortat attempted a desperation shot, and the game was over. I couldn’t find videos online of the Beal would-be-game-winner – if anyone has it please post it in the comments! Here are some of the highlights: