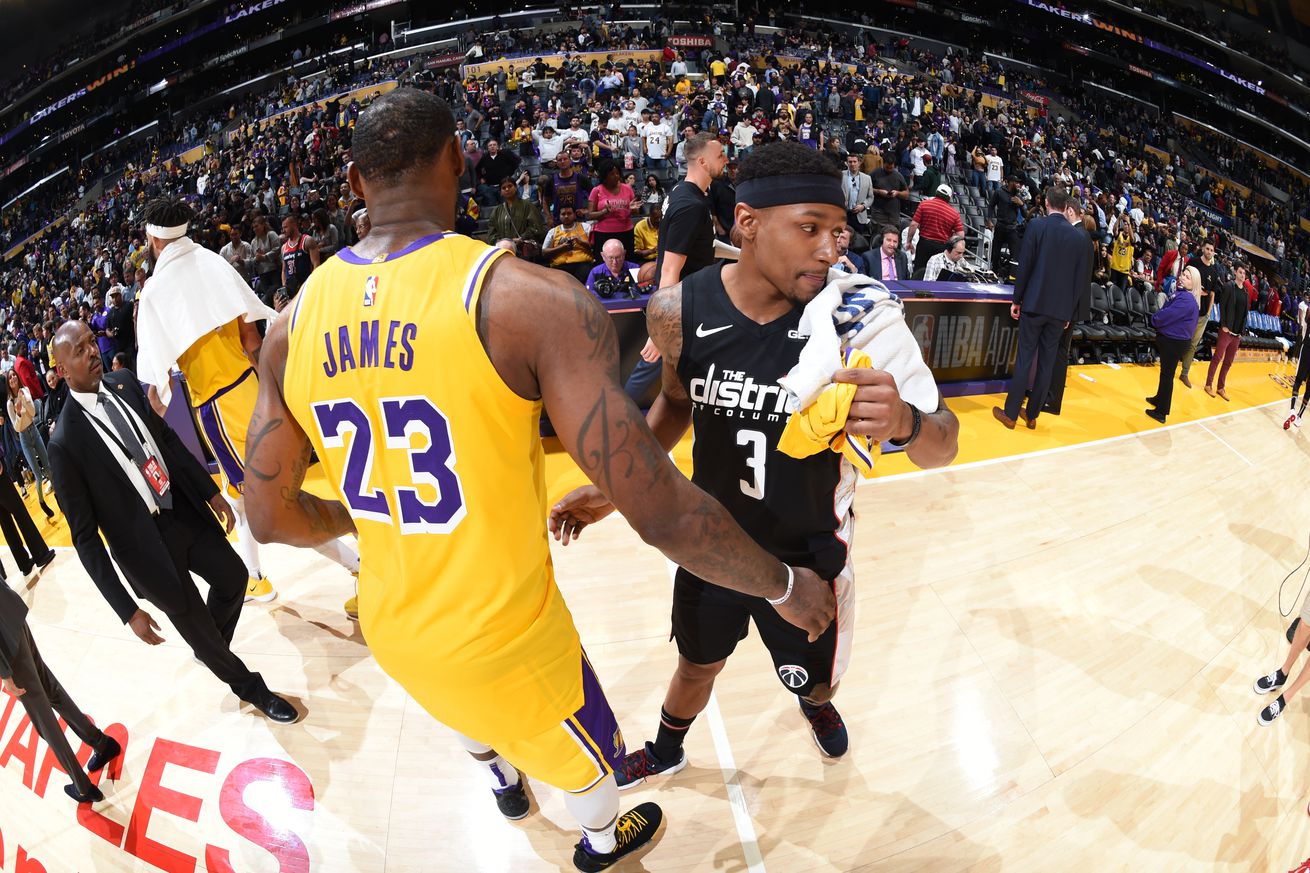 Take a break from holiday shopping and let’s get ready for tomorrow’s game!

The Washington Wizards and LeBron James have met many times over the past decade and a half, with the later usually victorious, at least when he was in the East.

Now, in the midst of a tough West Coast trip, the Wizards will try to flip the script.

John Wall and Bradley Beal love to play LeBron — Some of the Wizards most memorable games in recent memory were against King James, whether it was his second stint with the Cavaliers or the Lakers last season.

Last December, with Wall battling a nagging injury, he played through pain to drain 40 points and defeat LeBron and the Lakers in perhaps his last great game before the injury got much worse. Beal also loves to square off against LeBron and has credited him multiple times for inspiring his own game and workout regime.

Tough road trip — The Wizards will have a weekend to spend in LA so we can imagine them coming particularly cheerful to this and the next matchup with the Lakers. Plus, this is one is one of the very few national TV games (albeit on NBA TV…), so expect a show.

Revenge game? — Thomas Bryant and Moritz Wagner were unceremoniously dumped from the Lakers, expect them to show up with a chip on the shoulder. Oh, and Isaac Bonga, too… This will be a fun one.

Flashback: John Wall does it all, through pain

Less than a year ago, John Wall had perhaps his last signature performace, draining 40 points and handing 14 assists as the Wizards took down the Lakers. I went to the game and LeBron told us: “John definitely set the pace for the game.” Sort of an understatement Bron! Watch for yourself: