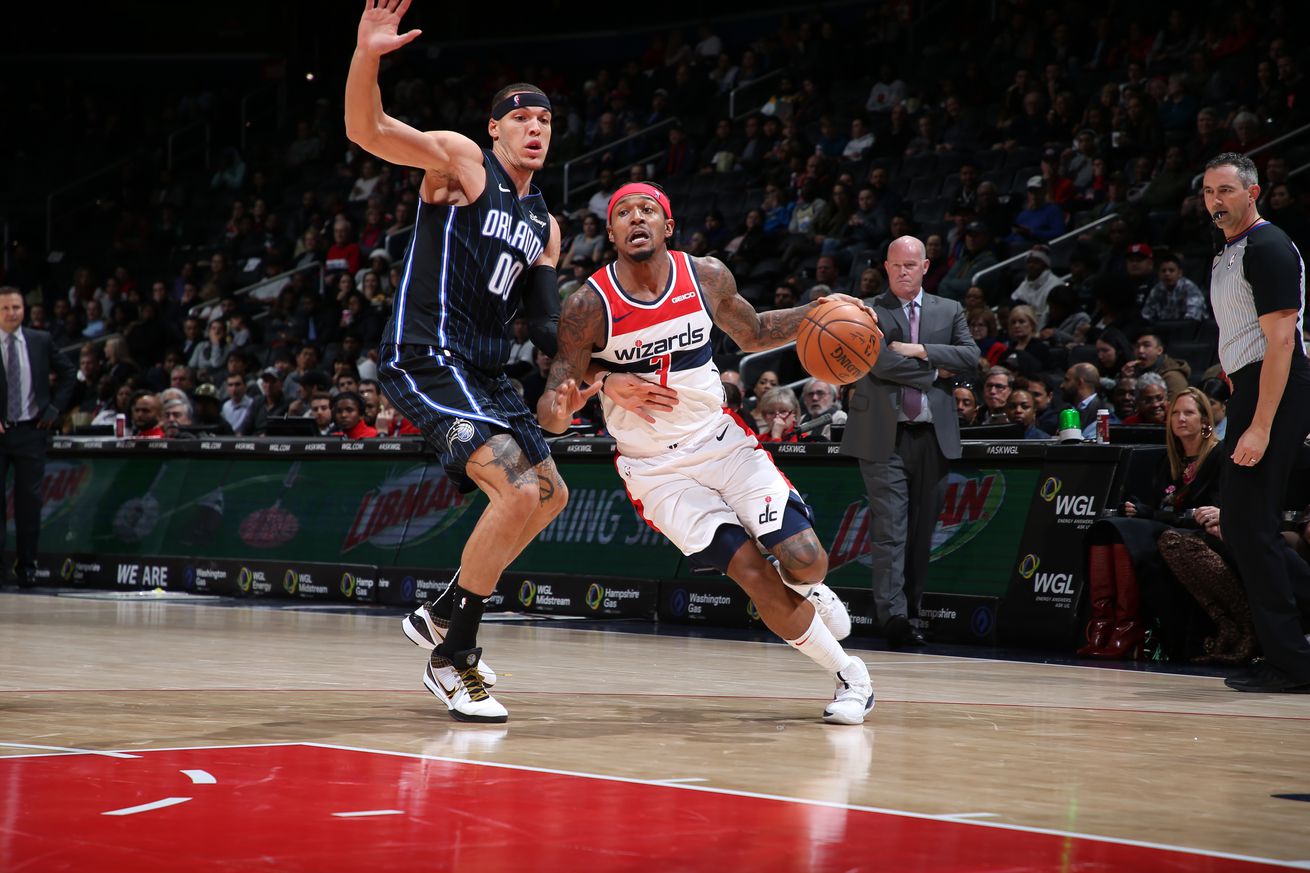 Bradley Beal had another strong performance for the Washington Wizards in their Tuesday night game against the Orlando Magic. | Photo by Stephen Gosling/NBAE via Getty Images

The Washington Wizards didn’t have a listless performance after a long west coast road trip. But they still weren’t able to upset the Orlando Magic to begin their homestand.

After a west coast road trip and just one day of recuperation, the Washington Wizards were back at home to host the Orlando Magic.

The good news? The Wizards put forth a good effort. They found themselves facing double digit deficits and even came back to lead briefly in the third quarter. Heck, they even kept things rather interesting late in the fourth quarter.

Washington started the game with … no defense as usual. They allowed the Magic to finish the first half with a 68-54 lead while shooting 58.8 percent from the field. Furthermore, the Wizards’ shots weren’t falling, especially from the three point line where they only went 2-of-13 from deep.

Sure, the Magic got colder and the Wizards got hotter in the second half. But it just seemed that Orlando had enough to counter every run the Wizards made to keep things interesting.

The Wizards played small ball to the extreme because they had no choice. Thomas Bryant was a late scratch due to a stress reaction in his right foot. With Moritz Wagner and Ian Mahinmi also out due to various injuries, Rui Hachimura, a “tweener forward,” was the starting center in his place. Davis Bertans earned the starting nod to play at the power forward position.

Bradley Beal still scored 42 points on 16-of-30 shooting while Davis Bertans and Isaiah Thomas added 21 and 20 more points, respectively. With bench players like Bertans and Issac Bonga playing in the starting lineup, it also cut Washington’s bench scoring. They only had 20 points from their reserves tonight, while Orlando’s bench dropped 47.

The Wizards will be back in action this Thursday when they host the Philadelphia 76ers. Tipoff is at 7 p.m. ET.